Woman hit, killed by multiple cars on I-215 in Taylorsville 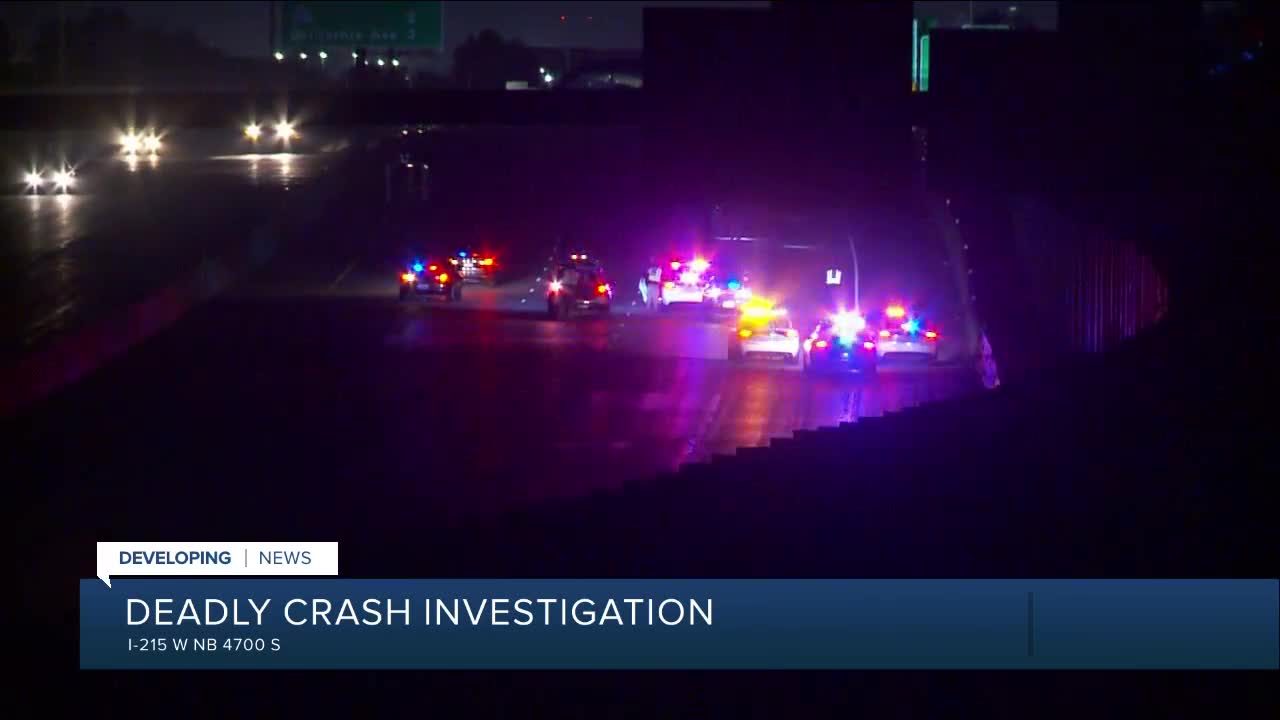 A woman died early Friday morning after she was hit by multiple vehicles on I-215 in Taylorsville.

UPDATE (9/27/2020) The pedestrian killed has been identified as Veronica Tapia, 31, from West Valley City.

TAYLORSVILLE, Utah — A woman died early Friday morning after she was hit by multiple vehicles on westbound I-215 in Taylorsville.

The incident happened around 12:30 a.m. near 3800 S, and troopers closed the roadway for the first few hours of the investigation. All of the drivers who hit the woman stayed at the scene and cooperated with investigators.

Utah Highway Patrol troopers are looking into the reason the woman was walking on the freeway.

"That's still under investigation," Chris Bishop with UHP said. "That's why we're treating it as a crime scene, based on the circumstances of her being on the freeway and trying to figure out who she is and where she came from."