Sen. Mitt Romney calls plan to remove 12,000 US troops from Germany 'a grave error,' and 'a gift to Russia' 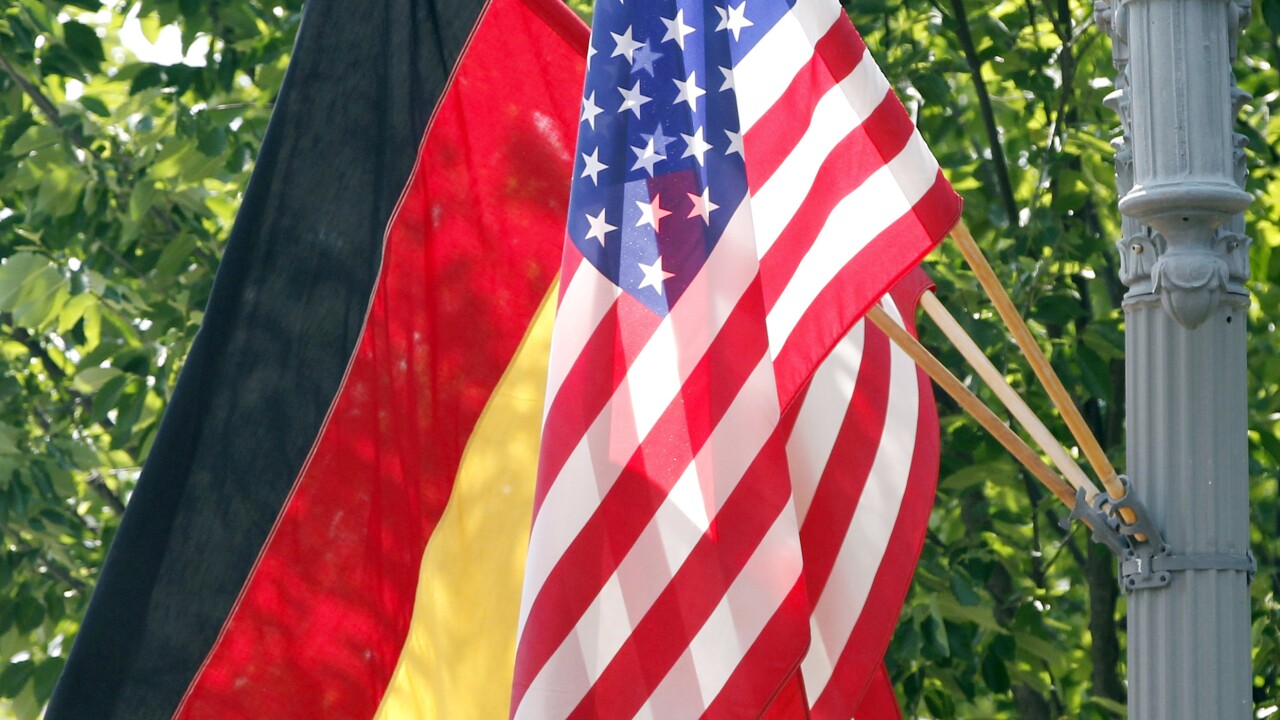 Charles Dharapak/AP
FILE - In this June 6, 2011 file photo, the German and U.S. flags fly on a lamp post in front of the White House in Washington ahead of German Chancellor Angela Merkel's visit. Defense officials say the U.S. will pull 12,000 troops from Germany, bringing 6,400 forces home and shifting 5,600 to other countries in Europe, including Italy and Belgium. The plan will cost billions of dollars and take years to complete. (AP Photo/Charles Dharapak)

WASHINGTON — Defense officials say the U.S. will pull 12,000 troops from Germany, bringing 6,400 home and shifting 5,600 to other countries in Europe, including Italy and Belgium.

The plan will cost billions of dollars and take years to complete.

It's been spurred on by President Donald Trump's demand to withdraw troops from Germany, at least in part due to its failure to spend enough on defense.

The plan leaves 24,000 troops in Germany. Germany’s Defense Ministry has refused to comment, saying the plans need to be discussed internally first.

In a pair of tweets, Sen. Mitt Romney, R-Utah, called the plan to remove troops from Germany, "a grave error ... a slap in the face at a friend and ally ... and a gift to Russia."

It is a gift to Russia coming at a time when we just have learned of its support for the Taliban and reports of bounties on killing American troops. The move may temporarily play well in domestic politics, but its consequences will be lasting and harmful to American interests.