"Second Amendment Sanctuary" counties are starting to crop up around the country. 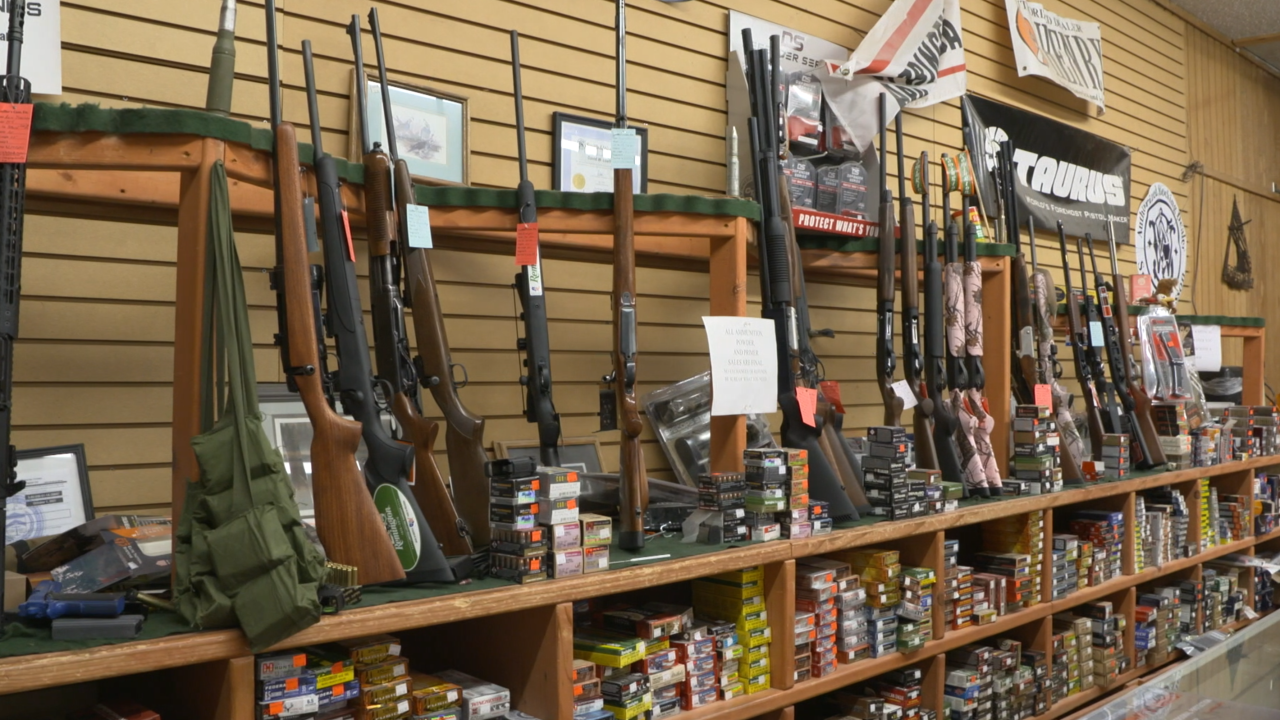 CIBOLA COUNTY, N.M. — A historic section of Route 66 runs through western New Mexico’s Cibola County. That’s been this county’s claim to fame for nearly a century.

However, over the past year, Cibola has become known for something else. In January, County Sheriff Tony Mace came up with the idea to make Cibola County a "Second Amendment Sanctuary." The people in Cibola voted on the resolution and it passed.

In a "Second Amendment Sanctuary" county, law enforcement, essentially, makes a proclamation to refuse to enforce and dedicate resources to newly passed gun control legislation. Legislation like universal background checks that were enacted this year in New Mexico.

“As the sheriff I can choose not to enforce that law,” Mace says. “It's called discretion.”

It is discretion that is controversial.

New Mexico Gov. Michelle Lujan Grisham has called Mace a "rouge sheriff." She said in a tweet from March that Mace doesn’t “care who wants a gun, whether it is a dangerous criminal, a terrorist, someone in crisis.”

Her strong criticism has received national attention, yet it doesn’t seem to be stopping Mace.

“You know, there's enough gun laws on the books currently to be able to do what we need to do in law enforcement to protect people, and so to be enacting more laws ... that infringes on those rights,” Mace said. “Really becomes an issue.”

Since Cibola passed its Second Amendment sanctuary resolution, Mace has helped 29 of the other 32 counties in the state follow suit.

Beyond New Mexico, over the past 10 months, more than 150 other counties in at least 15 states have also become Second Amendment sanctuary counties. Most of those counties are in the central part of the country.

However, there is at least one Second Amendment sanctuary county in Florida, a handful in California and more than a dozen in Illinois. An additional five states have implemented similar resolutions under a different name.

Many who voted for these Second Amendment sanctuary resolutions are from rural communities, like Cibola.

“We’re not out just gun slinging, being crazy,” said Diane Rowe, a resident of New Mexico. “We just want to be able to keep our families safe and protect ourselves.”

“I have had people call and leave crazy messages on my phone, threatening me from other states to say, 'how can you not care?' I do care," Mace explains. "I mean, it's horrible when I turn on the news and I see a shooting in an inner city where I see people having to bury a loved one. It's sad but we need to quit attacking the tool and probably take a different approach and focus more on the criminal element and focus more on mental health issues. Let's try going down that road for once instead.”

So far, Second Amendment sanctuary resolutions haven’t been challenged in the courts.

However, Mace says, under the current political climate, that could change any day.