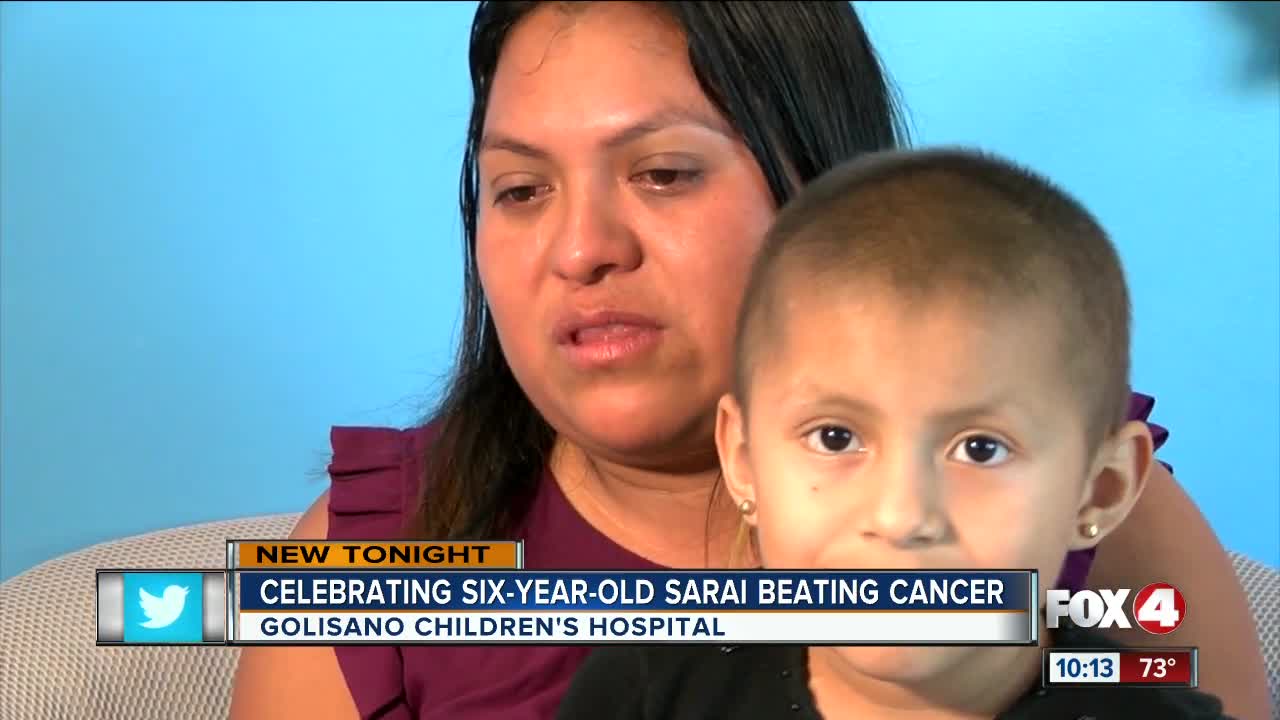 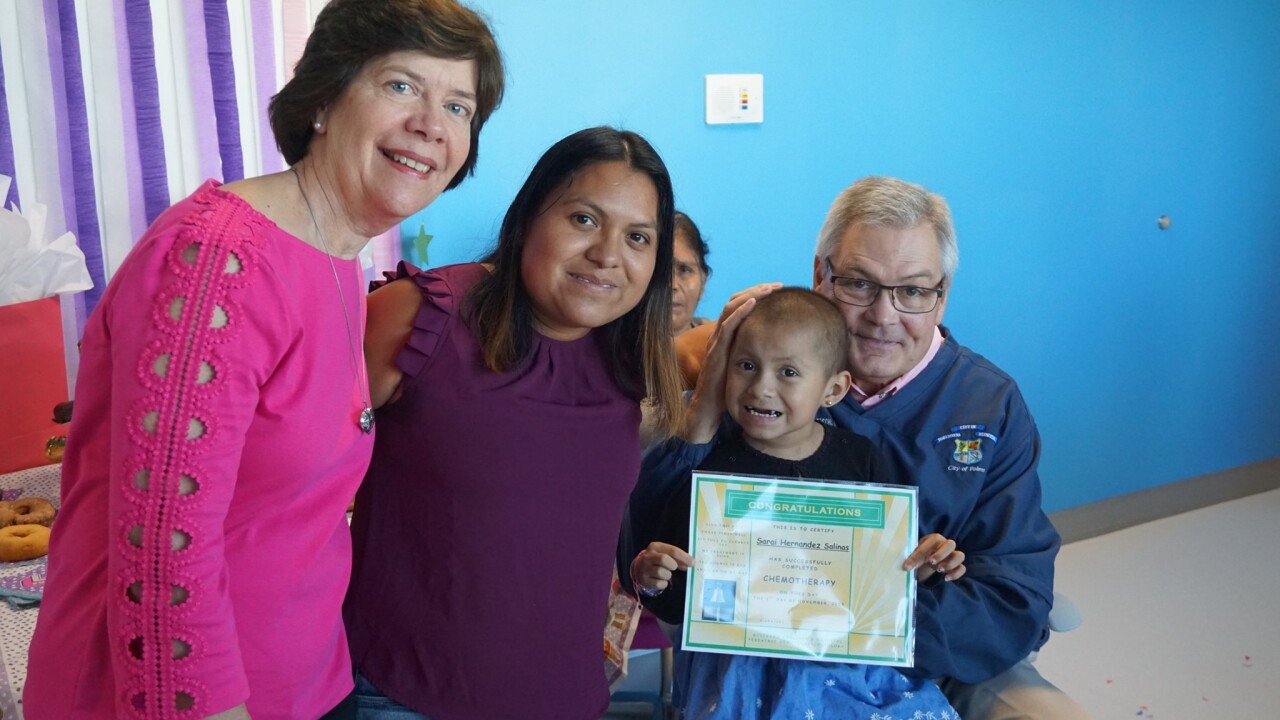 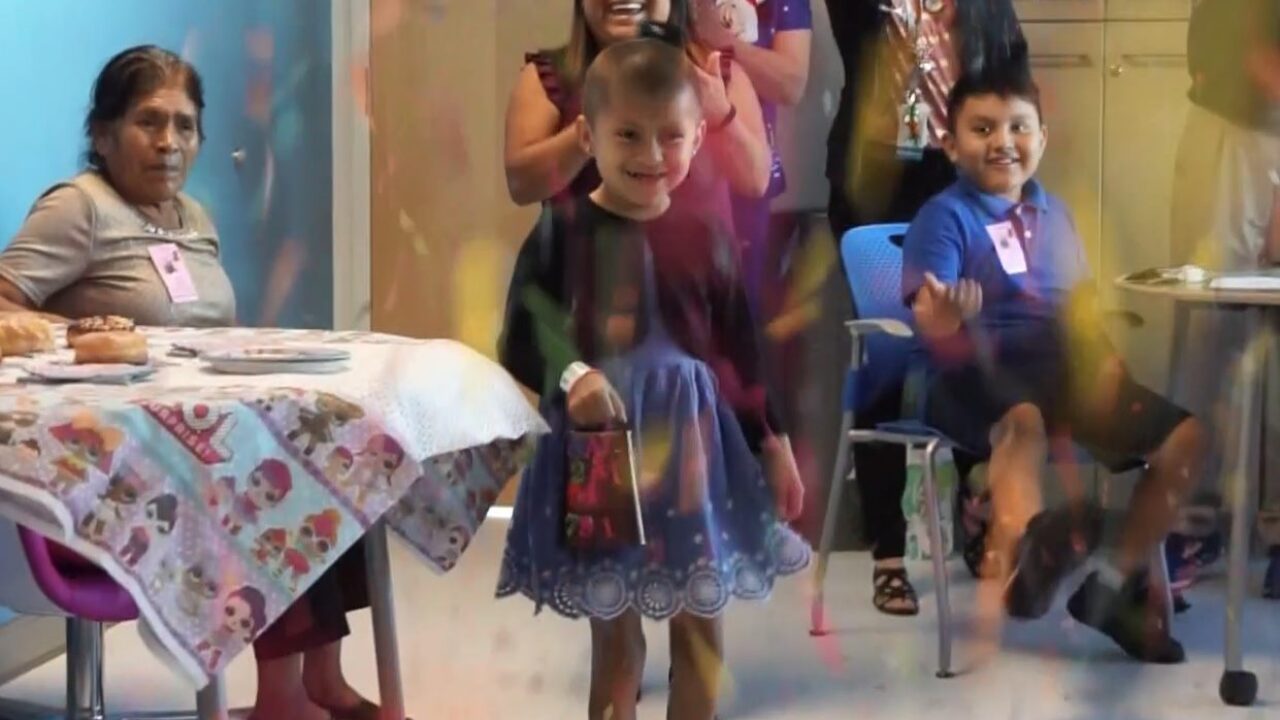 FORT MYERS, Fla. -- A 6-year-old girl’s battle with cancer has come to a sweet ending.

In celebration of her last treatment, family, doctors, nurses, and Fort Myers Mayor Randall Henderson gathered at the Golisano Children’s Hospital in Florida.

Sarai experienced excruciating pain in her pelvis on Thanksgiving weekend in 2018.

After emergency surgery, doctors found a cancerous tumor and diagnosed her with stage four of the disease.

But Tuesday, the team celebrated a victory.

She underwent radiation treatment, chemotherapy, and countless visits back and forth to the hospital. Her family has remained strong through it all.

“You want to die at the same moment, but thank God the doctor helped us and they had a cure,” said Sarai’s mother, Adella Salinas.

Sarai had to miss her kindergarten year. Most six-year-olds are making friends and learning the alphabet, unfortunately, this was not the case for young Sarai.

“They are incredibly resilient. Even when she was in the most miserable of pain, her mom found a way to see the good side of things,” said Dr. Craig MacArthur.

Mayor Henderson and Sarai have a special bond; in September she shaved his head at Clips for Cancer.

“So to have that sparkle come back into their eyes and facial expressions, you really can’t put a price on that, ” said Mayor Henderson.

After battling this disease for over a year, she is now finally cancer-free.

Sarai’s victory reminds us that there is always a rainbow at the end of every storm.

This story was originally published by Miana Massey at WFTX.