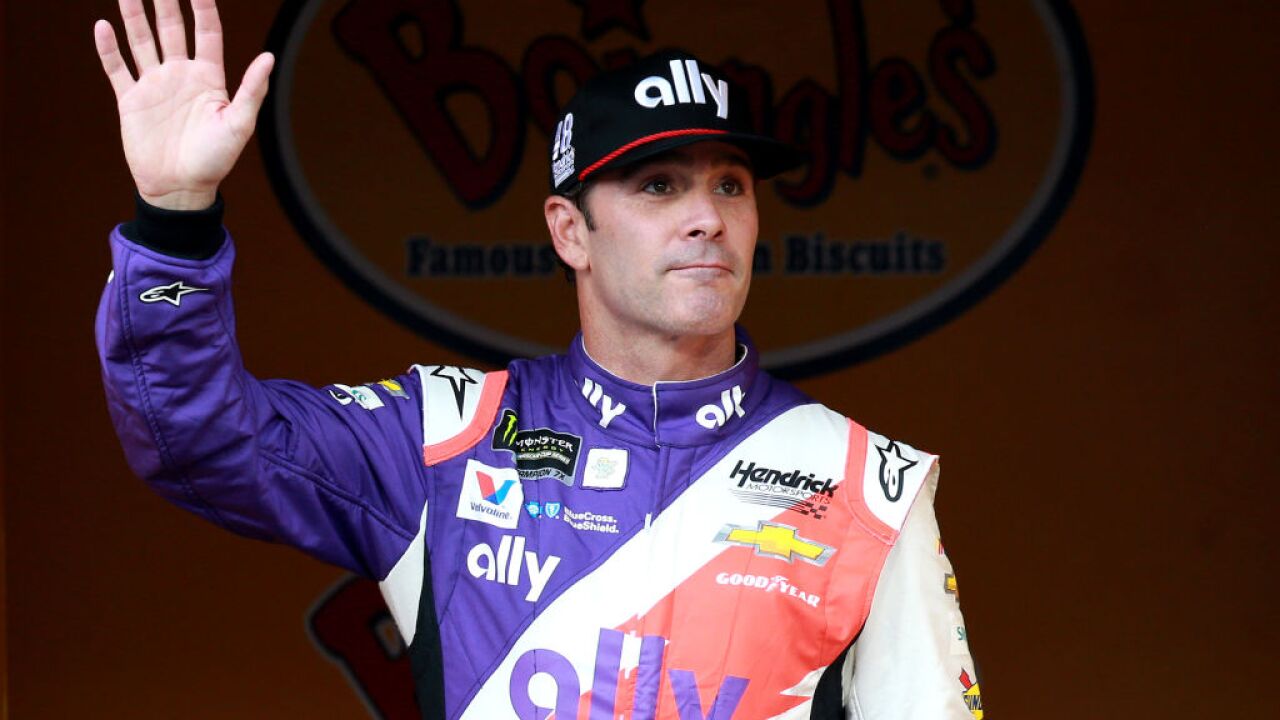 CHARLOTTE, N.C. (AP) — Jimmie Johnson is the latest NASCAR superstar to climb out of his car, with the seven-time champion announcing Wednesday that 2020 will be his final season of full-time racing.

The winningest driver of his era will have a 19th season in the No. 48 Chevrolet and once again chase a record eighth championship. Johnson made the announcement in a video on social media.

“I am so thankful for 18 incredible years of racing in NASCAR,” Johnson said in the black-and-white video comprised of highlights from his career. “This sport has been good to me and allowed me to do something I truly love. I showed up chasing a dream and achieved more than I thought possible. I am looking forward to next season and celebrating what will be my last year as a full-time Cup driver. I know what this team is capable of and I hope 2020 is one of the best yet.”

Johnson joins an exodus of popular drivers that began when Jeff Gordon retired after the 2015 season. Tony Stewart, Dale Earnhardt Jr, Carl Edwards, Matt Kenseth, Danica Patrick and Jamie McMurray are among those who followed Gordon.

Johnson, whose social media post carried the hash tag “Chasing8 one final time,” scheduled a Thursday news conference at Hendrick Motorsports to discuss his decision. It will be a familiar farewell scene for the team since both Gordon and Earnhardt were Hendrick drivers.

Johnson had two years remaining on his contract when new sponsor Ally signed on before this year to replace Lowe’s, which had sponsored Johnson from his 2001 debut through 2018. Ally last month announced a three-year extension to sponsor the No. 48, but Johnson’s future was not tied to the renewal through 2023.

“Jimmie Johnson is a legend in racing, the epitome of class and the ultimate representative of our brand,” said Andrea Brimmer, chief marketing officer at Ally. “We are proud that Jimmie will finish his remarkable NASCAR driving career with Ally as his primary sponsor.”

Johnson has 83 career victories, tied with Cale Yarborough for sixth all-time. The California native’s seven titles are tied with Richard Petty and Dale Earnhardt for most in the Cup Series.

The 44-year-old Johnson has been in a two-year slump and last won a race in 2017. He had two different crew chief changes this season and missed the playoffs for the first time since the format began in 2004.

Johnson finished 18th in the final standings and has just five top-five finishes the last two years. He won his seventh title in 2016.

Johnson has driven for Rick Hendrick his entire Cup career and set a NASCAR record in winning five consecutive titles from 2006 through 2010, an accomplishment that earned him Associated Press Male Athlete of the Year after his fifth crown.

All 83 of Johnson’s wins have come in the No. 48 and include two Daytona 500s, four victories at Indianapolis Motor Speedway, a record 11 wins at Dover International Speedway, nine at Martinsville Speedway and eight at Charlotte Motor Speedway.

(Copyright 2019 The Associated Press. All rights reserved. This material may not be published, broadcast, rewritten or redistributed.)