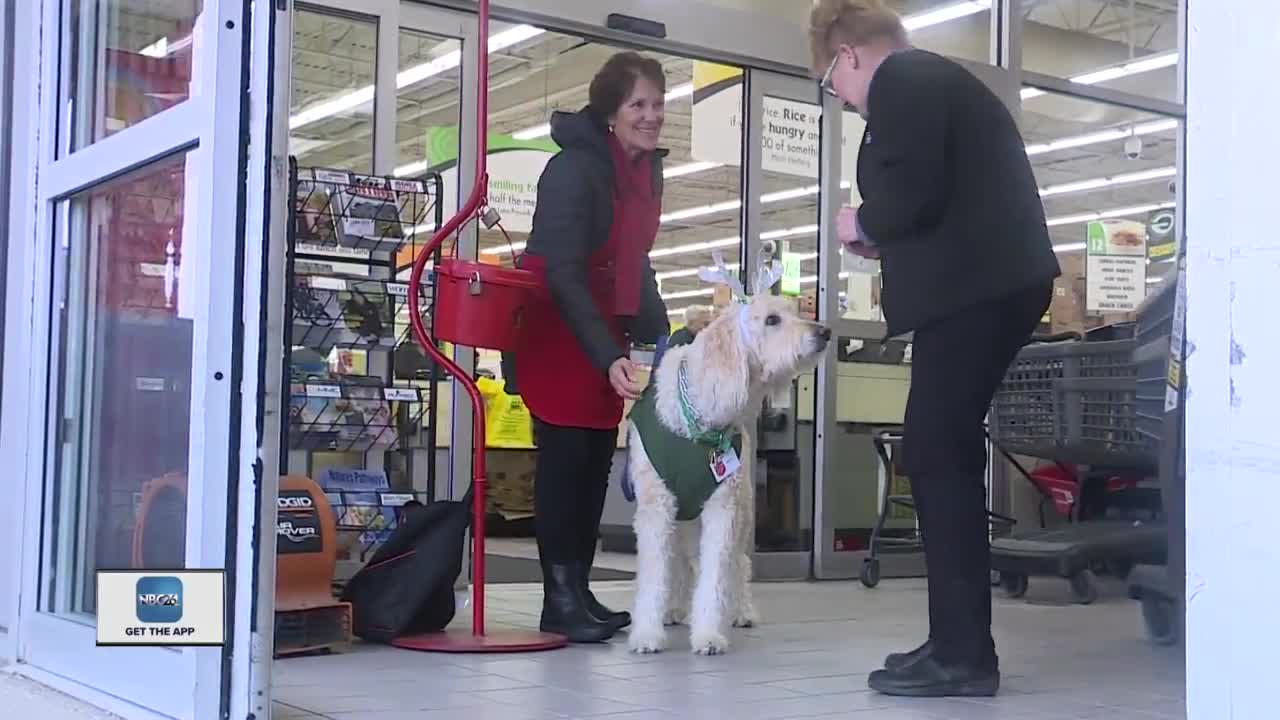 A therapy dog brings in extra donations for the holiday 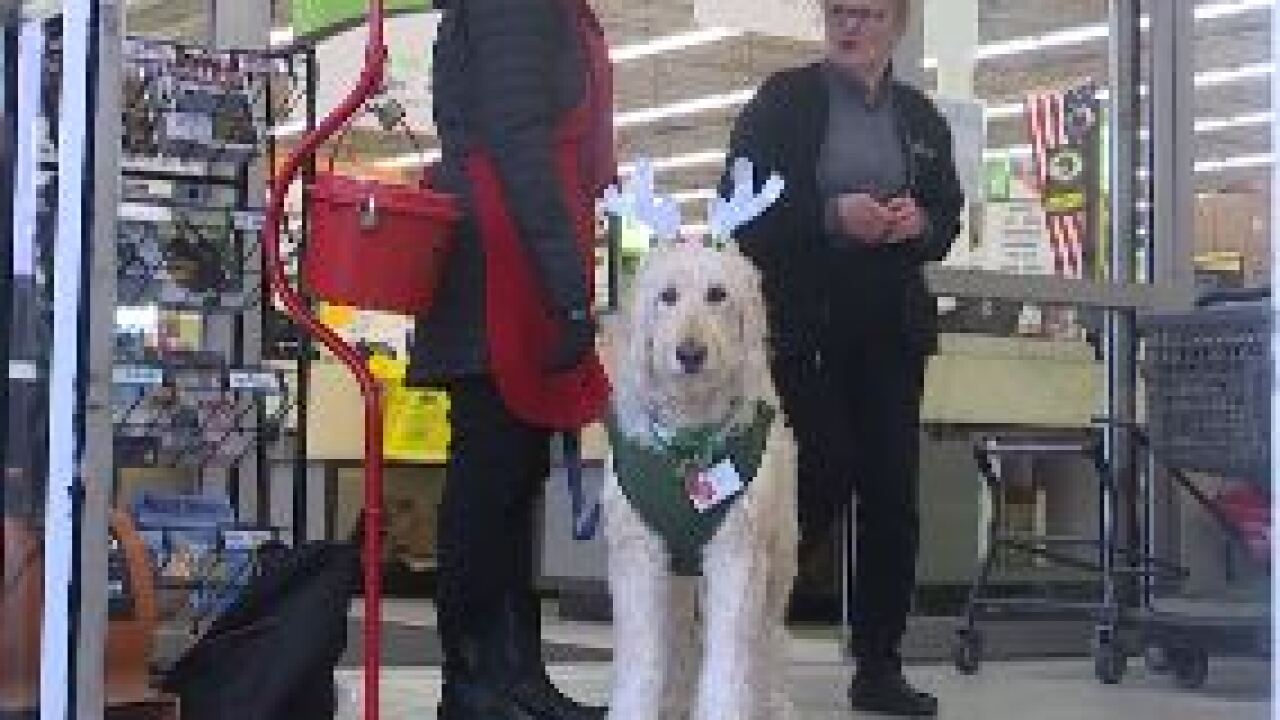 GREEN BAY, Wis. — For over six decades (in dog years) the Salvation Army in Green Bay, Wisconsin, has had an all-star bell ringer during the holidays.

Murphy, a "goldendoodle," and his handler, Connie Brauer, have been bell-ringing for nine years now in the Green Bay area for the Salvation Army. It's estimated that because of the cute factor the team brings, they manage to bring in nearly double the amount of donations than the average bell ringer.

"People remember him from all the years we've been doing this," Brauer says. "I don't think if I was standing there by myself that people would be putting into the red kettle very much."

Brauer is modest. She also brings her therapy dog Murphy to nursing homes, memory care facilities for the elderly and the YMCA to visit kids. She says that she and her therapy dog typically volunteer about five days a week with various organizations.

This story was originally published by Eric Crest on WGBA.