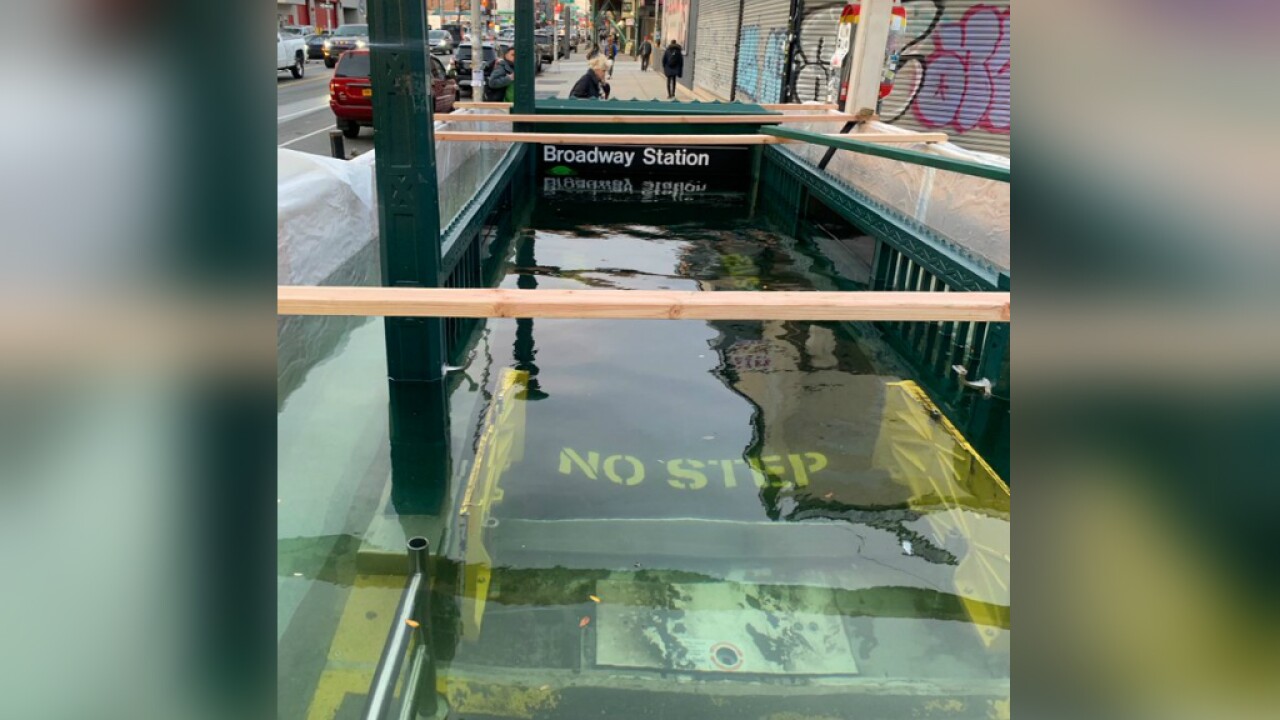 New Yorkers are used to strange subway sites, but this one had one person demanding an explanation from the Metropolitan Transportation Authority.

A tweeted photo shows a Broadway Station entrance filled with water. There are three entrances at the station and only one was tested, a spokesperson for MTA said.

The agency plans on re-opening the entrance Thursday.

And no, the MTA is not " pivoting to submarines," despite their first response to the tweet.

The MTA was testing a new flex gate. It’s a flood barrier that would allow the agency to seal off a subway entrance. The test lasted four hours so the MTA could make sure the flex gate was installed correctly (it was.)

“We’re doing this because climate change is real,” NYCT subway tweeted. “We’re investing in capital projects around the system to prepare for the impacts of a changing climate.”