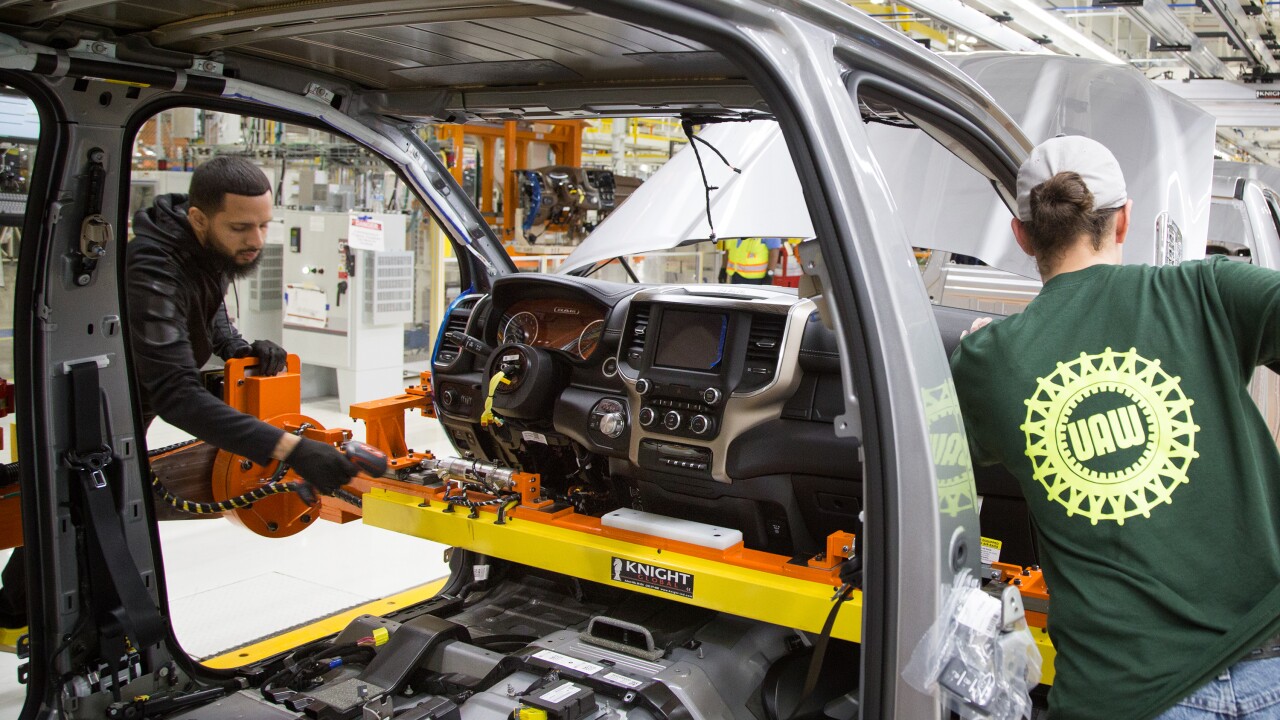 Auto workers at Fiat Chrysler have ratified a new four-year contract, closing the door on the possibility of another strike like the one that shut down rival General Motors for six weeks.

The United Auto Workers union said that 71% of members at Fiat Chrysler voted for the contract. It was a much easier vote than four years ago when membership voted against the initial contract proposal brought to them for a vote.

The tentative deal was reached late last month. The relatively quick ratification vote means that the more than 47,000 workers represented by the UAW union will get a $9,000 signing bonus before the Christmas holiday. Members will also receive raises equal to 6% of wages over the life of the contract, and two lump sum payments equal to 4% of annual wages. In all, the union estimates the average factory worker will see $29,500 in economic gains during the life of the deal.

The biggest change is that workers hired since 2007 will collect the same pay and healthcare benefits as more veteran workers by the end of the four-year contract. Fiat Chrysler made far greater use of those relatively new hires and their lower pay scale than its rivals did, giving the company a competitive cost advantage over GM and Ford. Now there will be a more level playing field.

Avoiding a strike is an important achievement for Fiat Chrysler. The 40-day walkout at GM earlier this fall cost the automaker an estimated $2.9 billion , but despite inflicting those costs on GM the strikers did not convince the automaker to drop plans to close three US factories .

Ford won an agreement in its negotiations to close a Michigan engine plant, although the displaced workers there will move another facility nearby.

Fiat Chrysler, however, is not closing factories. In fact, the company is converting an old plant in Detroit into a new assembly line. Its US hourly employment has grown all but one year in the last 10 since Chrysler group emerged from bankruptcy.

The deal with its union comes as Fiat Chrysler is trying to conclude merger negotiations with PSA Group, the French automaker that makes Peugeot cars. Since Fiat and Chrysler first came together in the wake of the 2009 Chrysler Group bankruptcy, it has been seeking a another merger partner to give it the size and scale it needs to be more competitive in the global auto industry, where massive research and development costs must be spread over the greatest number of vehicles. Fiat Chrysler says that the merger will not lead to any US plant closings or job cuts.

But there also has been controversy, as the company is entangled in a scandal involving some former top UAW officials. Three former Fiat Chrysler executives have pleaded guilty to bribing union officials. Numerous union officials have also pleaded guilty in the case, and earlier this fall UAW President Gary Jones resigned his office and left the union rather than face internal union charges of misspending union funds.

As a result, GM brought a federal racketeering lawsuit against Fiat Chrysler, arguing that its pattern of bribery gave it an unfair competitive advantage. The union and Fiat Chrysler have both denied the charges, with the company saying it was merely an effort by GM to disrupt its contract and merger negotiations.