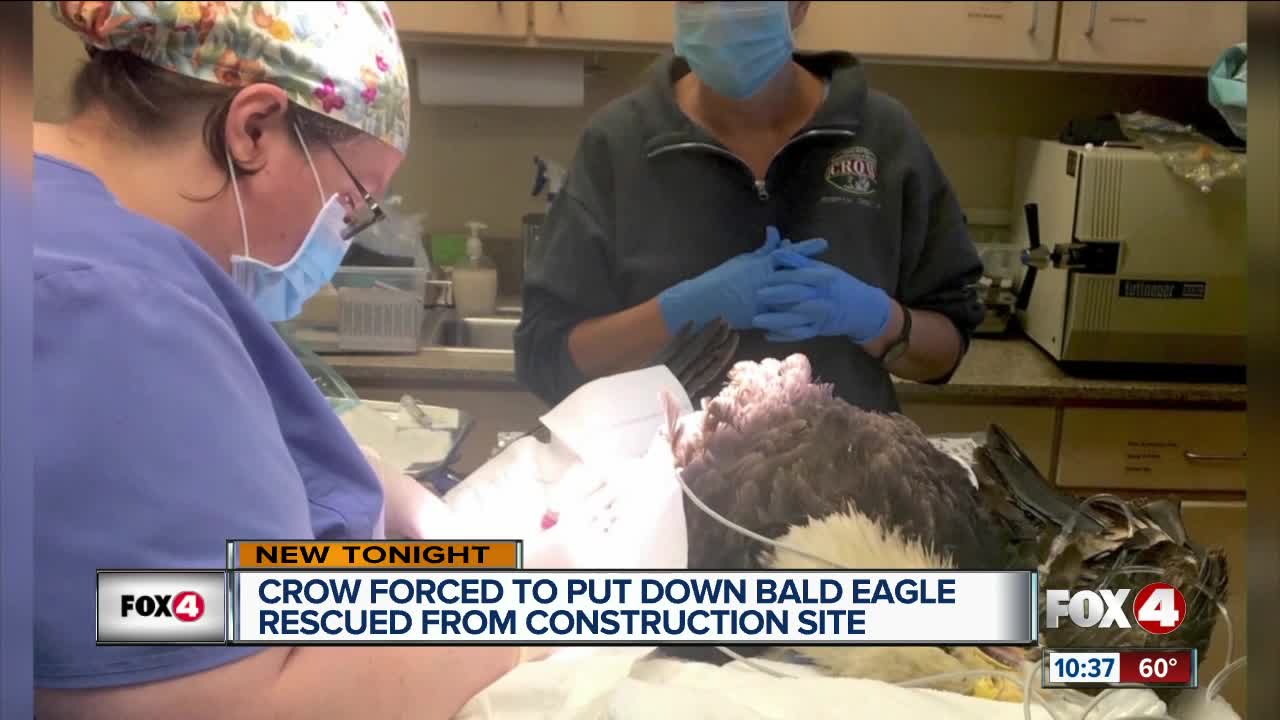 After weeks of treatment trying to repair the eagle’s wounded wing, veterinarians at the Clinic for the Rehabilitation of Wildlife decided it was best to euthanize the bird. 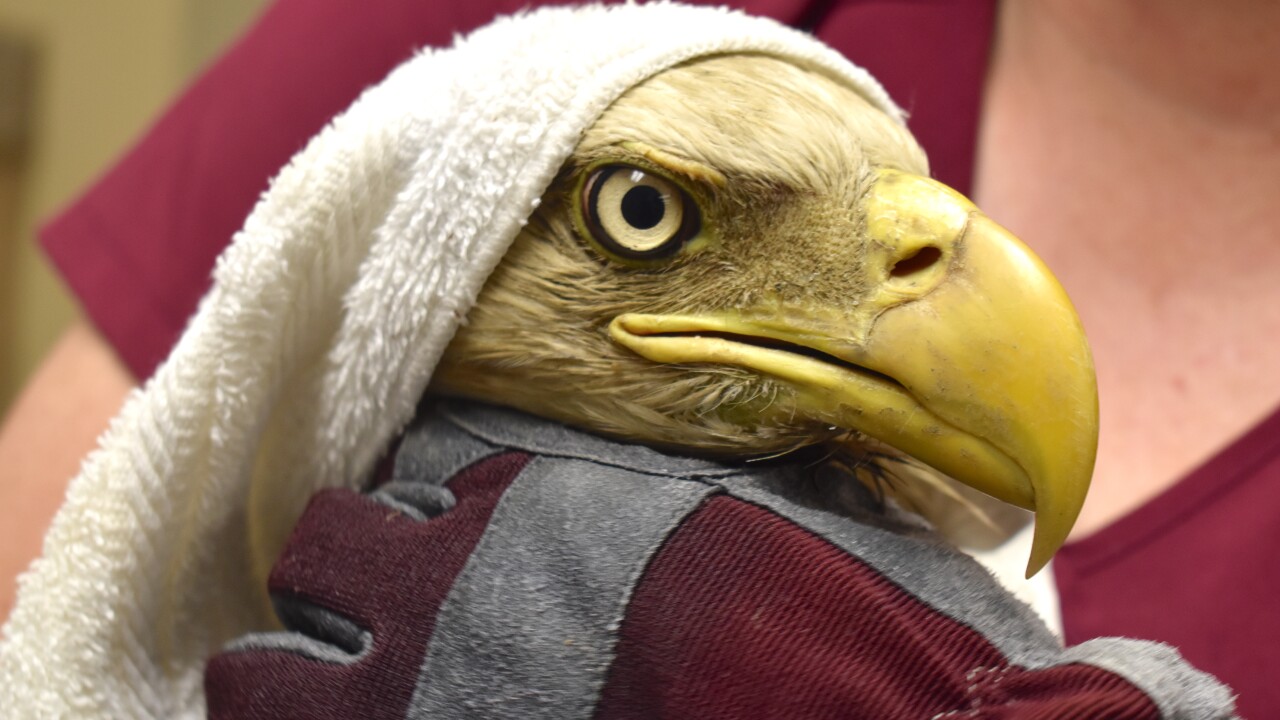 SANIBEL, Fla. -- There are updates on the bald eagle found several weeks ago at a construction site in Estero, Florida.

After weeks of treatment trying to repair the eagle’s wounded wing, veterinarians at the Clinic for the Rehabilitation of Wildlife (CROW) decided it was best to euthanize the bird.

Brian Bohlman at CROW explained the condition of the eagle when it arrived to the crow clinic on November 7, covered in dirt and concrete dust from the construction site.

“It was actually found down on the ground and having trouble flying it was able to do short flights but not sustained flights,” said Bohlman.

After examination, vets found large wounds on its left-wing and abrasions on both feet. They believe it may have been in a fight with another bird.

“This is the time of year that they are either mating or fighting over territory or nesting sites,” said Brian Bohlman.

Over the last couple of weeks, doctors administered fluid therapy, conducted surgery, and kept a careful watch...making their best effort to save the bird.

“That wound just continued to get worse and worse, and the tendons of the wing had actually begun to die, as well as some of the tissue follicles as well,” said Bohlman.

The clinic explored options to transfer the bird to a long-term care facility, but with the resurgence of bald eagles in recent years, most facilities do not have space or resources to take care of another eagle long-term.

After numerous attempts to rehabilitate the eagle, it did not respond well to treatment, ultimately the decision was made to euthanize the bird Tuesday morning.

The Clinic for the Rehabilitation of Wildlife’s number one goal is to release all animals back into the wild. Unfortunately, this was not possible due to the eagle’s degree of injuries.

This story was originally published by Miana Massey at WFTX.