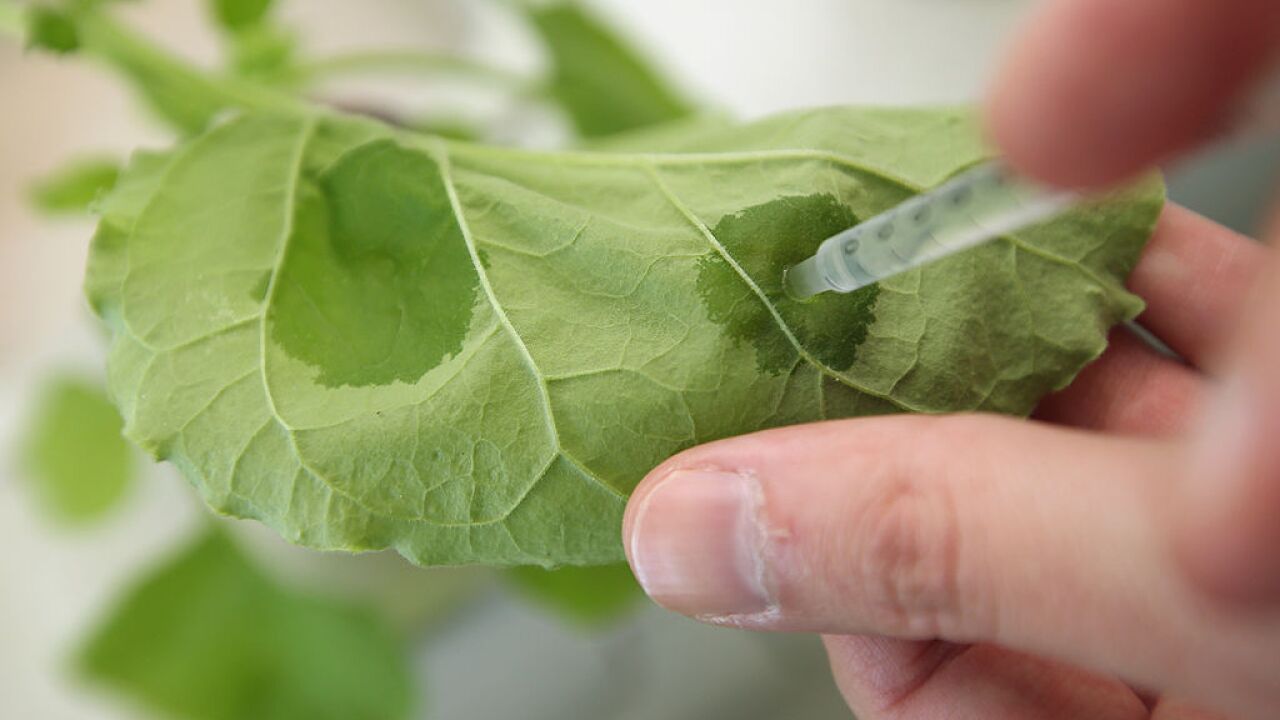 Science has identified in the plant kingdom the "missing link" of cellular immortality between human and single-celled animals, according to a new study led by scientists from Arizona State University and Texas A&M University.

"This is the first time that we have identified the detailed structure of the telomerase component from plants," said co-author Dr. Julian Chen, a professor of biochemistry at Arizona State University. The study was published Monday in the Proceedings of the National Academy of Sciences journal.

Telomerase is the enzyme that creates the DNA of telomeres, the compound structures located at the tips of our chromosomes. Telomeres protect our cells from aging as they multiply.

"So in terms of fundamental research, this is a really big breakthrough because now finally we have a way to study telomerase in plants and to understand how different or similar they are from animals," Chen said.

Could the discovery possibly lead to humans one day living as long as the fabled "Methuselah" tree, a bristlecone pine species that can live over 5,000 years? Maybe one day.

"This is really basic research. The application to humans is really a long way away," Chen said.

In the meantime, however, experts like University of California at San Francisco's Elizabeth Blackburn are bullish. Blackburn won the 2009 Nobel Prize in Physiology or Medicine -- along with Johns Hopkins' Carol Greider and Harvard's Jack Szostak -- for their discoveries on telomeres and telomerase.

"Excitingly, this paper reports how plants fill in the missing links of telomerase RNA's eventful evolutionary history ... from our simplest forebears," Blackburn said. "This fundamental new understanding may pave the way to new routes to optimizing telomere maintenance for human health."

The key to a cell's lifespan

Think of telomeres as the plastic caps on the ends of your shoelaces. High levels of telomerase keep those telomeres long, thus allowing them to continue to protect our cells from damage as they divide.

Most of the cells in our body have very low levels of telomerase, and thus age as they divide (picture the shoelace tips wearing away until they are gone). Aging cells equal an aging body, with cells no longer functioning normally.

However, when the cell's ends are protected by telomeres, only a piece of the telomere, or cap, is lost as the cell divides, and the important DNA is left undamaged. Considering a typical cell divides about 50 to 70 times, having no protective cap could lead to chromosome instability or cells that stop dividing.

In humans, for example, egg, sperm and stem cell chromosomes contain high levels of telomerase, and so can continue to divide over and over and avoid rapid aging.

The search for cellular immortality

Yet even telomeres do not have eternal life. Each time a cell replicates, about 20 base pairs are lost from the telomere, or shoelace cap. We can lose even more -- 50 to 100 base pairs per cell division -- when our bodies are in oxidative stress.

We put our bodies into oxidative stress by smoking, eating a poor diet, stress and other harmful lifestyle behaviors. Between normal wear and tear and the oxidative stress of our lifestyles, even long telomeres are worn away.

But if science could harness the secret of the telomerase enzyme, it's possible that we could prolong the life of telomeres, slowing the aging process.

We might be able to reverse diseases in which telomeres are shortened , such as pulmonary fibrosis.

And here's another key benefit to unraveling this mystery: Cancer cells contain high levels of telomerase, allowing them to continue replicating themselves until they form tumors.

Switching off telomerase activity in cancer cells would shorten their telomeres, whittling them down to a nub called a "critical length," which then triggers programmed cell death.

Why plant telomerase is important

When Blackburn, Greider and Szostak won the Nobel Prize in 2009, it was for their groundbreaking discoveries on telomeres and telomerase. They extracted telomere DNA from a single-celled organism in pond scum, showed how it protected chromosomes in yeast, and identified and named the enzyme telomerase that builds the DNA of telomeres and extends their lives.

Since then, telomerases have been found to exist almost universally across species, but in complicated ways.

"This enzyme action is similar from the simplest organisms to humans," Blackburn said. "Yet, the telomerase RNA part of telomerase has long presented a mystery because it is surprisingly different between different evolutionary branches of life."

Each species has unique elements to their telomere RNA, and not all appear to protect against aging. For example, some species with longer telomeres have shorter life spans than those with shorter telomeres.

Scientists continue to explore the role of telomeres and the enzyme telomerase in aging, and now believe that they may only be one part of the aging process, at least in animals.

"If cells have telomerase, they will live longer, but these cells are just part of your body," Chen said. "Whether it can delay the entire individual's aging or increase their life span, that's a different story. "

Now science has an entire new kingdom of telomerase to dissect: Plantae, consisting of more than 2,500 species.

"Maybe telomerase activity is different in plants than in animals," Chen said. "We know that some of the core is similar, but you might have some additional features that plants acquire to be plant specific.

"We're hoping to learn something from their regulation, mechanisms or structures that can apply to human telomerase," Chen said. "So in terms of basic research, this is really exciting because it's a brand new kingdom that we can explore as to how telomeres do their jobs in plants."