Crews now hope for recovery, not rescue, as they search for person caught in Ohio building collapse 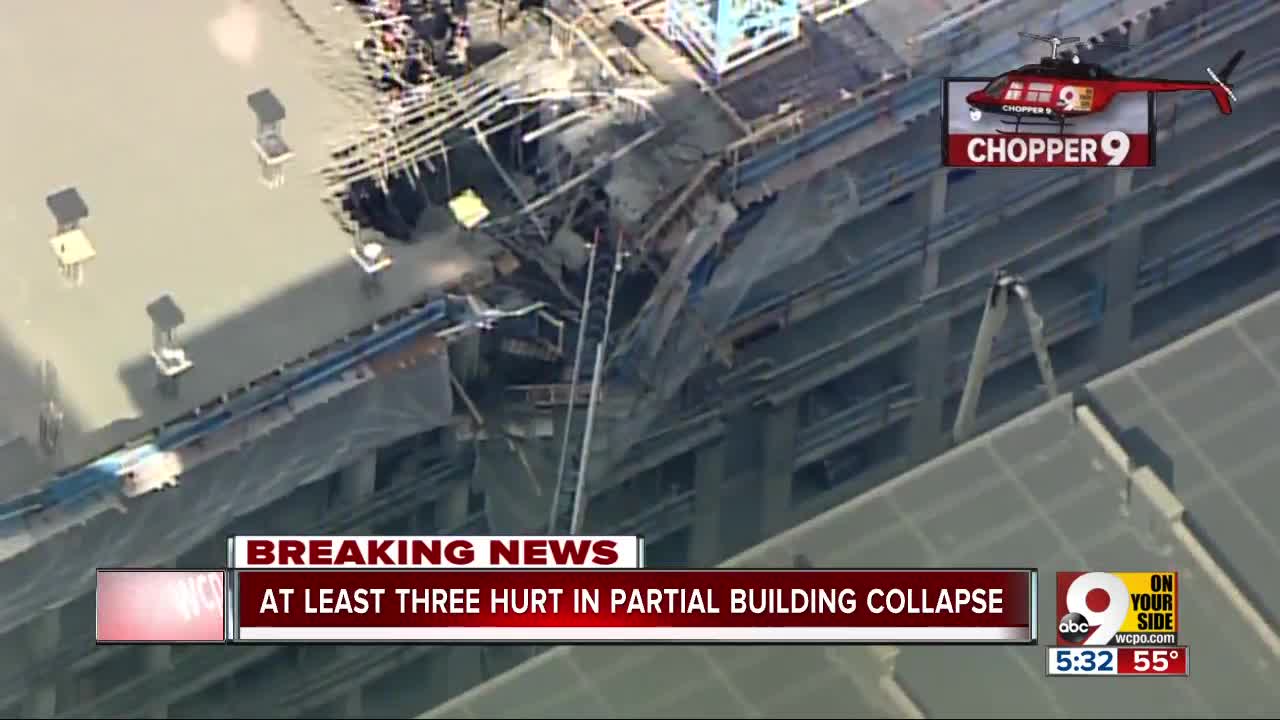 Construction workers were pouring concrete from the seventh floor of a planned development to the sixth when the building buckled, injuring three men. A fourth remained missing into the evening. 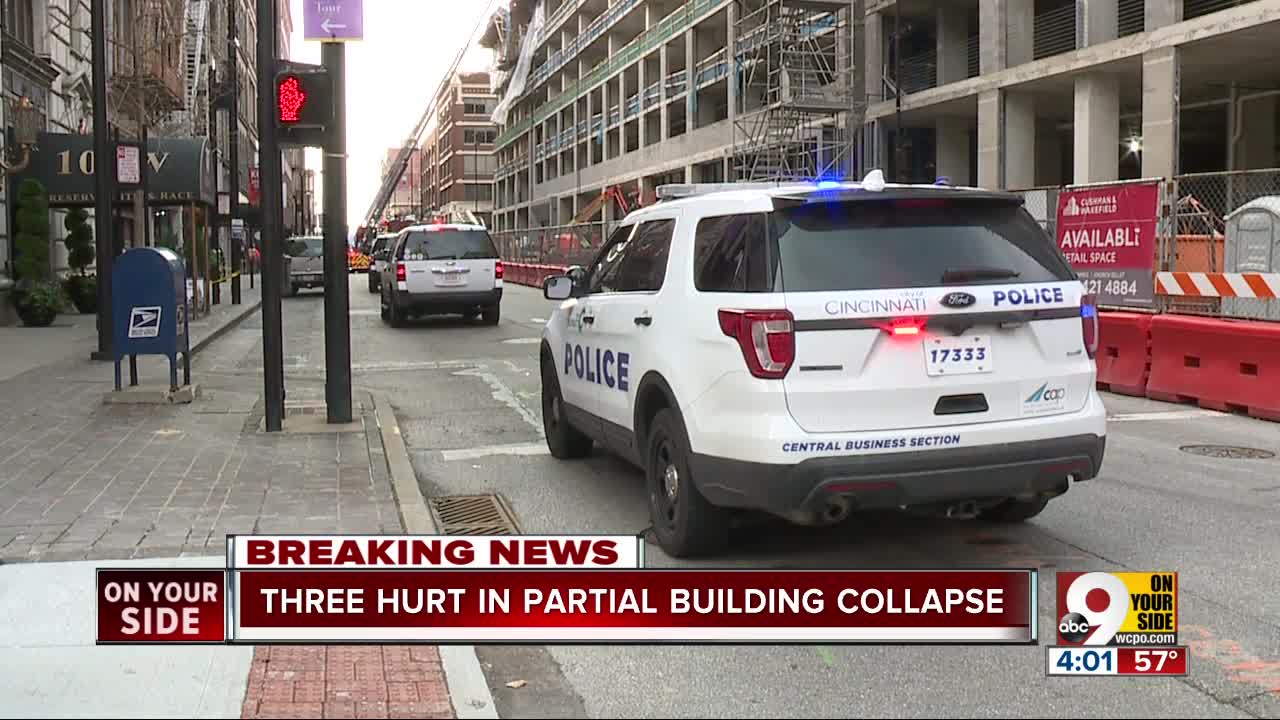 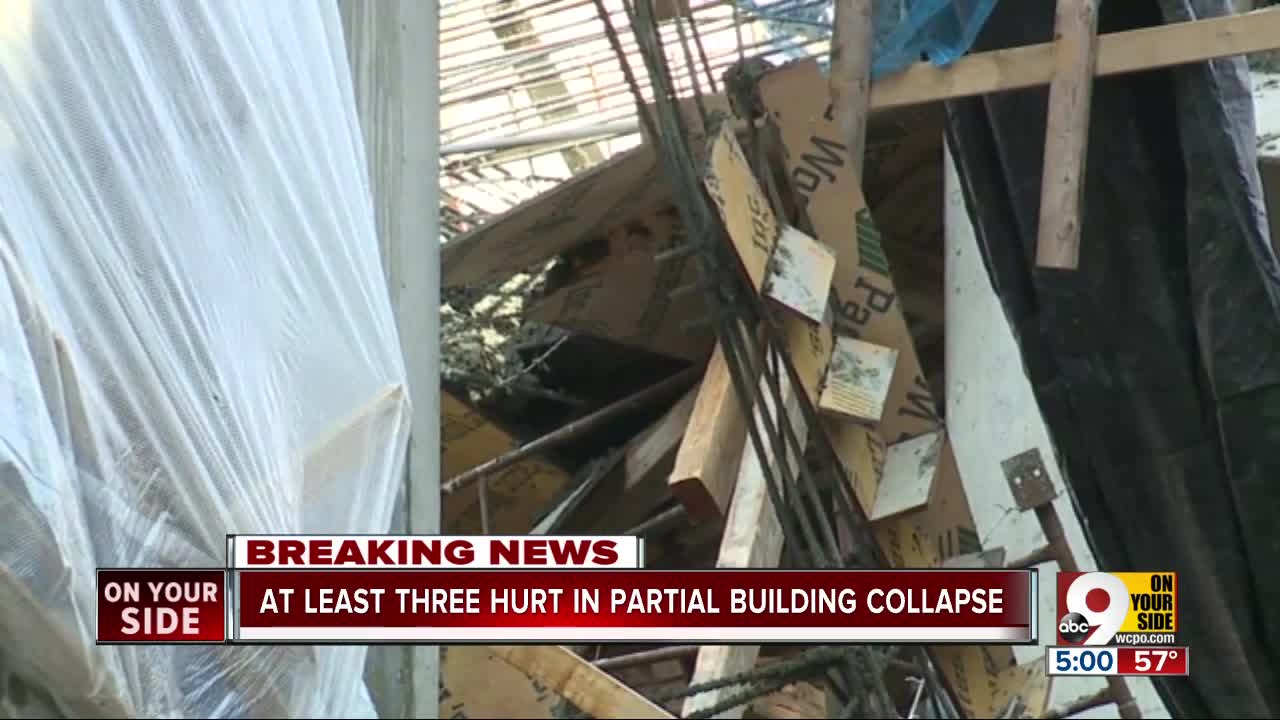 By 7 p.m. Monday , six hours after a half-built downtown Cincinnati structure partially collapsed with construction workers inside, firefighters had removed four injured men from the site and begun chipping away at concrete in hopes of extricating a fifth.

Their mission had changed by 7:45, according to an email sent from City Manager Patrick Duhaney to members of City Council. It was no longer a search and rescue. It was a search and recovery.

"It goes without saying that this is a horrible tragedy," Duhaney wrote in the email. "Our thoughts are with the family of all those affected, particularly the individual who has not yet been found. We are all praying for a miracle."

His wording echoed what Hamilton County Coroner Lakshmi Sammarco told reporters in a news conference at 7. Although rumors of the fifth worker's death had circulated since shortly after the collapse, she did not confirm them.

The collapse happened around 1:15, according to police. According to a statement from 3CDC, the developer behind the large-scale project, workers had been pouring concrete from the unfinished seventh floor to the sixth below when part of the structure gave out. Three were quickly transported to hospitals: Two to the University of Cincinnati Medical Center and one to Christ Hospital.

The collapse also closed nearby roads. Those roads could potentially remain closed through the weekend, police said.

Farr said it’s too early to tell what contributed to the collapse, and the company’s primary concern “is the well-being of any injured co-workers."

"Earlier today at the Fourth and Race Street project, a section of temporary concrete form work collapsed during a concrete pour on the sixth floor," the company said. "We are aware of injuries to three workers. First responders were called and all construction activity was halted. First responders provided immediate care and the injured workers were transported to nearby hospitals. Recovery efforts are ongoing. Counseling services will be made available to all workers on site. We work extremely hard to prevent days like this and our thoughts are with the injured workers and their families."

When completed, the $44 million mixed-use development will consist of a 584-space parking garage, 22,000 square feet of commercial space and 264 apartment units.

Structural engineers were on scene Monday afternoon; crews said the cranes above the street are stable, Winston said.

This story and city officials originally counted four workers involved in the collapse: Three taken to hospitals and one who remained trapped in the building. In a 10 p.m. statement, Turner Construction updated the total: Four injured, one still missing.

This article was written by Abby Dawn for WCPO .