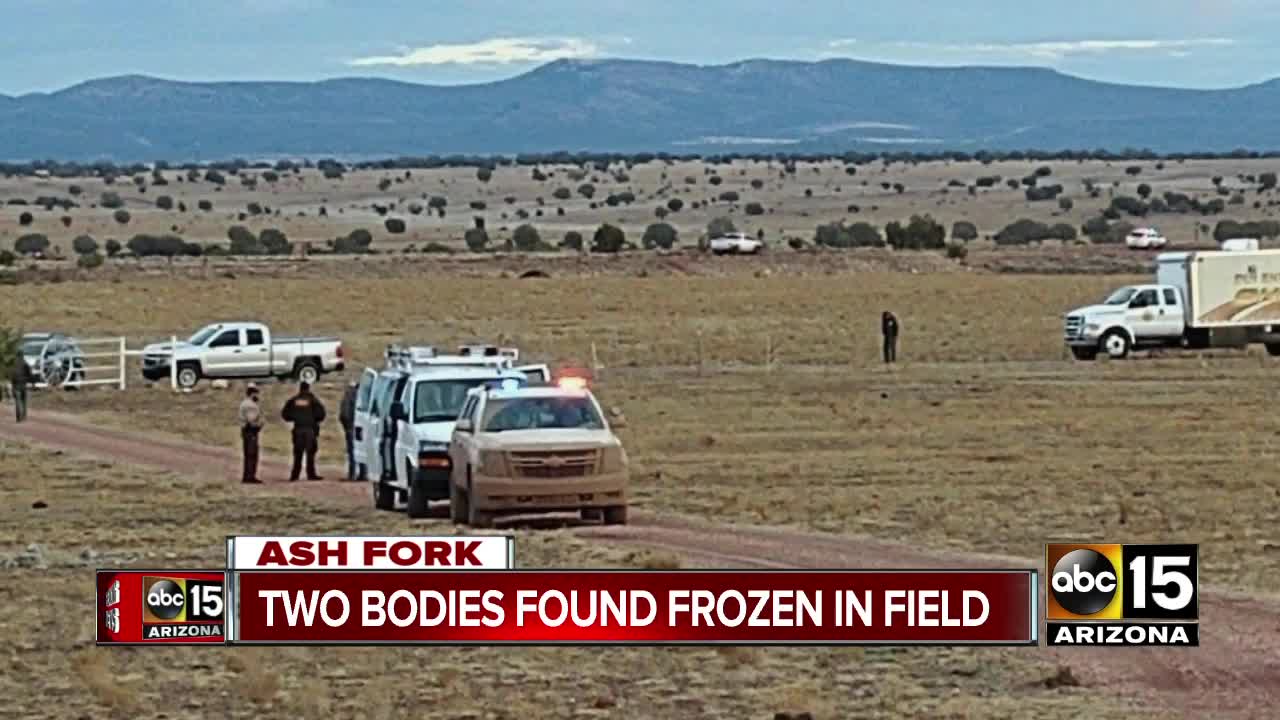 Authorities are investigating after two bodies were found frozen to death in a field in Ash Fork during winter storms. ASH FORK, AZ — An elderly couple was found dead Friday, buried under snow a mile away from their car, police say.

Neighbors Mike and Diane Haas found the couple Friday. They say they saw two figures as they left their house around 1 p.m.. As they approached, they hoped for the best.

“He wondered if they were sleeping, so he got out and yelled at them and they didn’t respond,” Diane Haas said.

“I said 'Sir, sir!' And of course they didn’t respond," Mike Haas said. "It came pretty obvious pretty quick, their skin color and other details that they were deceased. So we immediately called 911 and made sure not to touch anything."

Detectives with the Yavapai County Sheriff’s Office said the Alexanders lived nearby. Their car got stuck last week in a storm that dumped 10 inches of snow on Ash Fork.

“Eventually they decided to leave their vehicle,” Mike Haas said. “They were headed to our house we believe. But 100 yards short."

The YCSO says a preliminary finding shows no evidence of foul play.

For the Haases, it is emotional to think the couple was suffering so close, while they were celebrating Thanksgiving.

According to the Haases, they found Richard Alexander laying on top of his wife, possibly trying to keep her warm.

“It’s terrifying to think that she might’ve been alive under her husband,” Mike Haas said.

The Haases say the tragedy is a reminder to always be prepared during extreme weather.

“If they hadn’t left their car, I really believe somebody would’ve checked on them. People drove by them but everybody assumed this was somebody who got their car stuck, they called and got rescued. Nobody would’ve ever thought that they were out here struggling,” Diane Haas said.

This story was originally published by Zach Crenshaw on KNXV in Phoenix.