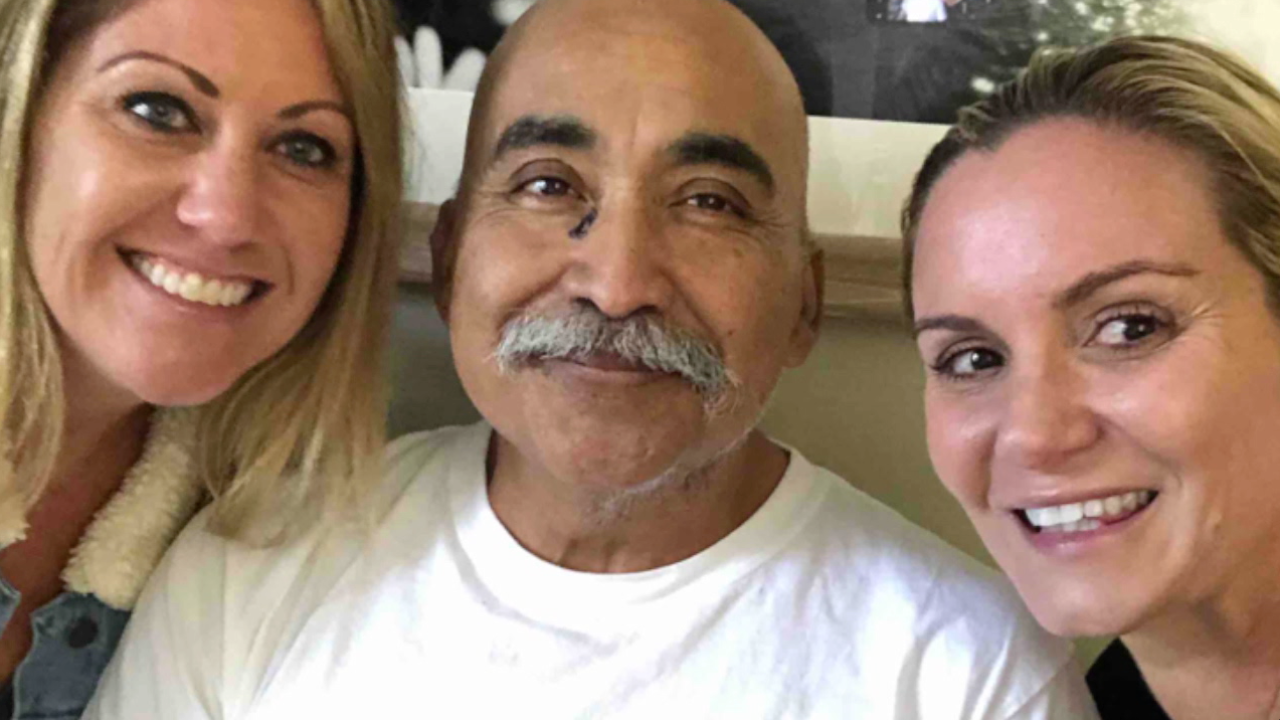 ENCINITAS, Calif. -- A beloved custodian at an elementary school in Southern California is recovering after a spider bite led to an amputation.

Guil Aguilar has been a custodian at the school for more than five years.

"His spirits are so high when I visited," said Luce.

Luce says his ordeal began at work, just before Thanksgiving break. Aguilar says as he was moving trash cans near a dumpster, he saw spiders but didn't think anything of it. After he left the area, he felt a twinge in his foot. He went with family to visit relatives in Arizona during Thanksgiving and his bite began to swell.

He was admitted into a hospital, then transferred to an Encinitas hospital, where doctors diagnosed him with a venomous spider bite. The type of spider is unknown. The treatment was not enough.

"There was an infection that they tried to clean out. The infection resulted in amputation of his foot and partial leg," said Luce.

Luce says Aguilar handled the difficult news by focusing on the bright side.

"He was okay with it. He'd rather his foot be gone than his life," said Luce.

As news of his ordeal spread, parents at the school rallied.

"I was heartbroken. He's such as an amazing, amazing person ... Always happy. He's always there to help. Goes over and beyond what he's supposed to do at the school," said Luce.

The parents organized a meal train and a GoFundMe campaign to help his family, including his five children, with expenses.

"He's not just a janitor. He's part of the community and part of the Park Dale Lane family," said Luce.

"The situation that you are inquiring about involves one of our employees and is currently under investigation by the District. Due to privacy rights and confidentiality laws, we are unable to provide an update on the employee ... In an abundance of caution, the District has taken the necessary precautions to ensure that all areas of campus have been inspected and are safe. The District will continue to monitor the campus and address any issues immediately."

This story was originally published by Michael Chen at KGTV.