Gambling addiction is a serious public health problem in the US 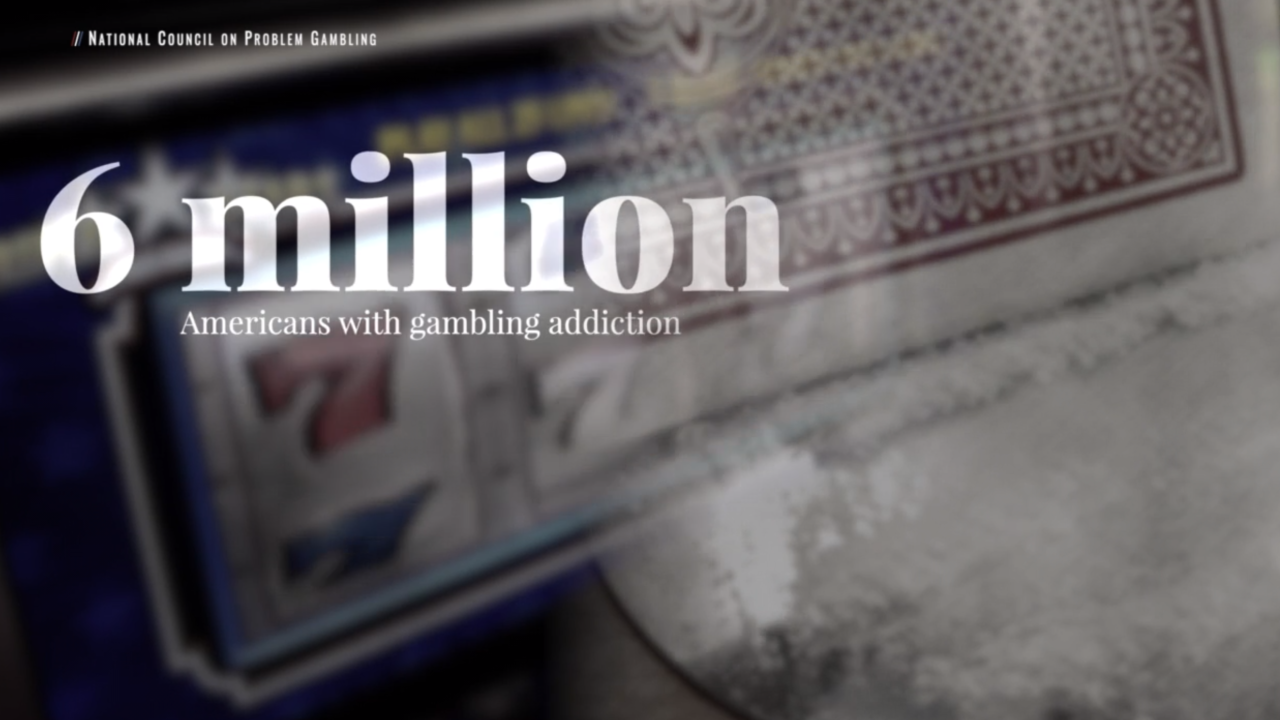 According to the National Council of Problem Gambling (NCPG), 85 percent of Americans have gone to a casino and gambled within the last year. For most, it was just a fun night out, but for some, it starts off that way and gets out of control fast.

White heads the NCPG, which estimates about 2 percent or 6 million Americans have a gambling addiction that is as gripping as drugs or alcohol.

“The brain of a pathological gambler, someone with a severe gambling problem, looks much more like someone who is addicted to cocaine,” added Whyte.

“I lost everything, including my freedom for a period of time,” said Byron Fogan.

Fogan was once a successful lawyer who had it all. He had a beautiful family, a nice home and nice cars. However, everything changed when he began gambling regularly in 2010.

“It was intoxicating. You were able to escape whatever other problems you had by going to the casino and feeling like a big shot,” said Fogan.“The reality was, the only reason why you were a big shot was because you kept on losing all your money to that casino.”

Within three years, Fogan lost his law license, his home and practically everything he worked so hard for.

“The way it feels is like you are just falling into a hole and you are looking for a hold on the walls, and you can’t grab it,” explained Fogan. “You just keep falling.”

Rock bottom finally hit in August of 2013 and he got help.

“It has been almost seven years and cleaning up the wreckage of my past has taken a lot out of me, but I can say on the other side of it, I am no longer a slave to my addiction,” said Fogan. “It is my hope that other people don’t have to go through what I went through if they hear my story and they know to reach for help at that first nip of a problem.”

The NCPG estimates $1.1 billion a year, or 1 percent of legalized gambling, is needed to help problem gamblers and further education on gambling addiction and awareness. However, currently, 40 states spend only about $73 million collectively and 10 states allocate no money.

“One of our most important points is trying to mainstream gambling addiction within other risk behavior and education,” said Whyte. “So when you get the discussion at home, school, or church about sex, drugs, and rock n’ roll make sure gambling is in there as well.”