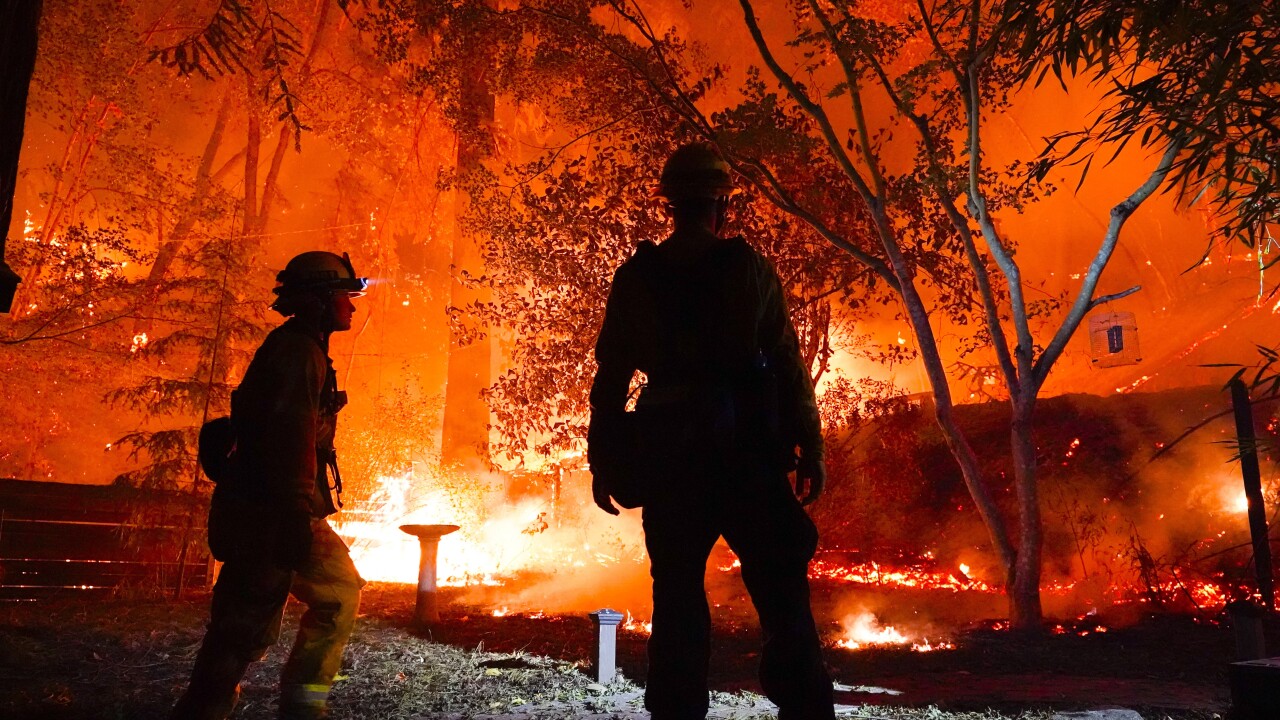 A firefighter battling the CZU Lightning Complex Fire in Northern California had his wallet stolen out of his vehicle and bank account drained, officials say.

According to Cal Fire, the firefighter was on the ground directing crews when someone entered his department vehicle and stole his personal belongings, including his wallet. Officials say the firefighter's bank account was later drained.

"That's the extent that these people have gone, again, this is why we've asked for people to evacuate. It's saddening, it's sickening, and we're doing everything we can to try and help the community and unfortunately, this happened," Cal Fire Chief Mark Brunton said.

The fire, which has burned 74,000 acres in San Mateo and Santa Cruz counties, was only 8% contained as of Sunday night. One person has died in the blaze.

Officials on Sunday morning urged residents still in the evacuation zone to leave the area if they hadn't already, in part to keep crews focused on fighting the fire, saving homes, and deterring criminal behavior.

About 1,300 personnel have been responding to the devastating fire, as it threatens 24,000 structures. At least 115 structures have been destroyed and 77,000 people have been evacuated from the area.

On Friday, the Santa Cruz County Sheriff's Department said five people were arrested and charged with looting, grand theft, burglary, and conspiracy to commit a crime in the area.

Cal Fire warned Sunday that there was also a fraudulent GoFundMe account circulating that claimed to be raising money for the firefighter whose belongings were stolen.

"It's absolutely disgusting behavior. Frankly, I can't believe that somebody would have the nerve to break into a firefighter's vehicle, or enter their vehicle, to steal something from them when they're there to protect the community," said Santa Cruz County Sheriff's Department Chief Deputy Chris Clark.

This story was originally published by Mark Saunders at KGTV.