For veterans, gaming is a way to bond — and this adaptive game controller makes it even easier

One vet with ALS uses controller to bond with son

He uses video games to bond with his son, but Vet can't hold the controller 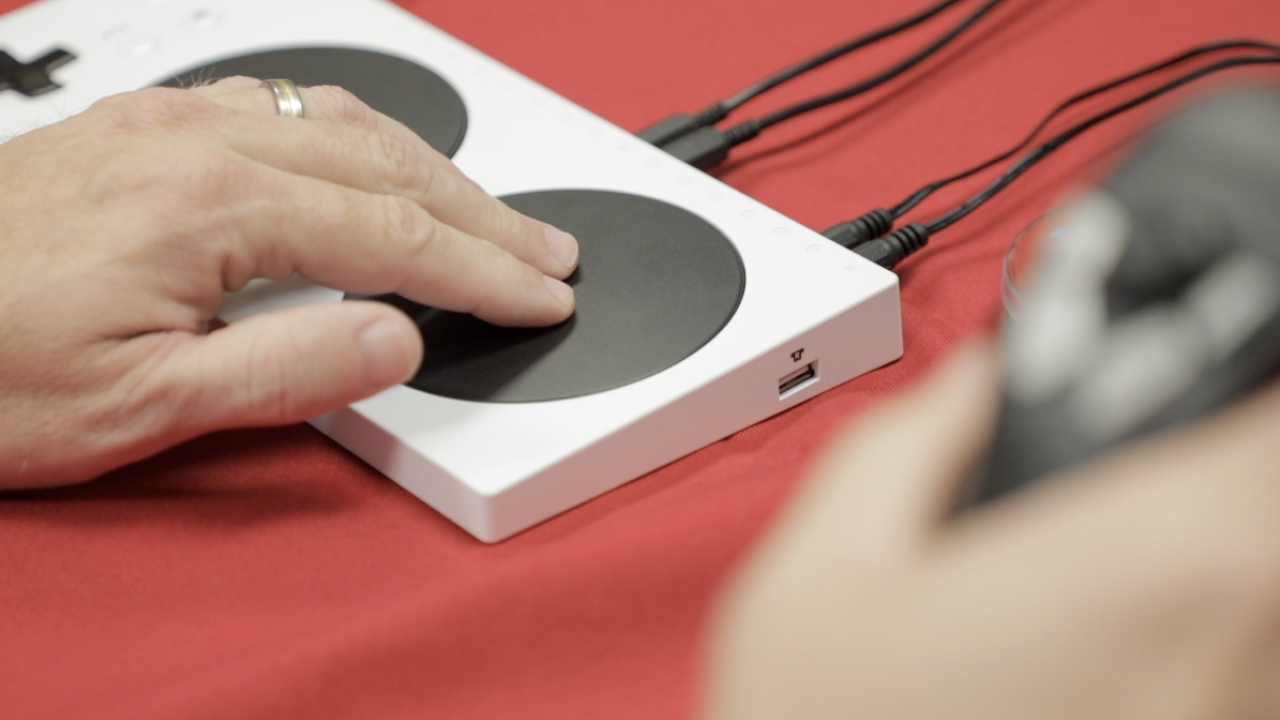 Roger Brannen is getting ready to take his medicine. It’s a little more involved than some people might be used to. He has to set up his own IV. But Brannen is used to things not being simple at this point. Just over two years ago he got some news that left him shell shocked.

“I always describe it as a bomb going off when I got that diagnosis,” Brannen said.

If anyone would know what that’s like, it’s Brannen. He was in the U.S. Marine Corps for 28 years and served tours in both Afghanistan and Iraq. So when he found out he was diagnosed with amyotrophic lateral sclerosis, also known as ALS, he thought it was a pretty good metaphor.

“You’re processing a lot, like when a bomb goes off, you’re getting that concussion hitting you and you have go react because you don’t know where it came from a lot of the time so you’re trying to make sure the other ones around you are OK but then you also got to make sure that you’re OK,” Brannen said.

But he says the diagnosis wasn’t the hardest part. It was telling his kids.

“That was the biggest issue to me, trying to explain to my kids that daddy’s not gonna die in two to five years. My son asks me every day, 'you feel better today?' And I’m like, today’s better than yesterday, but I’m still getting up and living,” Brannen said.

And that’s one of the reasons Brannen likes to spend time playing video games with his son.

“This is what he loves to do, so I have to do something with him to get us closer,” Brannen said.

Some time for just the two of them, so they can talk, relax and have fun.

But gripping the controller is hard as his muscles and nerves start to degenerate.

“The average person probably cramps up once a month, I cramp up more than 20 times a day,” Brannen said.

It's much bigger and customizable. Brannen uses foot pedals to give his hands a break.

Leif Nelson, who runs the National Veterans Sports Programs for the U.S. Department of Veteran Affairs, thinks the controller is about more than just gaming.

“Once they get in the groove, it’s really cool to see them getting in the flow,” said Colleen Virzi, who is a recreation therapist at the VA.

She works with Brannen and other veterans. Sometimes her job means “training” vets on how to use the controller.

“Their disability kind of goes away and they’re able to play just like their peers," Virzi said.

“You have the ability to sort of rekindle the camaraderie. There’s trash talking involved, there’s competition involved and these sorts of things are what drive us, we’re finding it’s something that drives our veterans,” Nelson said.

The controller gives Brannen an avenue to strengthen his relationship with his son. He hopes they have a lot more gaming to do.

“I’m gonna live another 30 years and fight for my life," Brannen said, "just like the 28 years I served fighting for my country.”