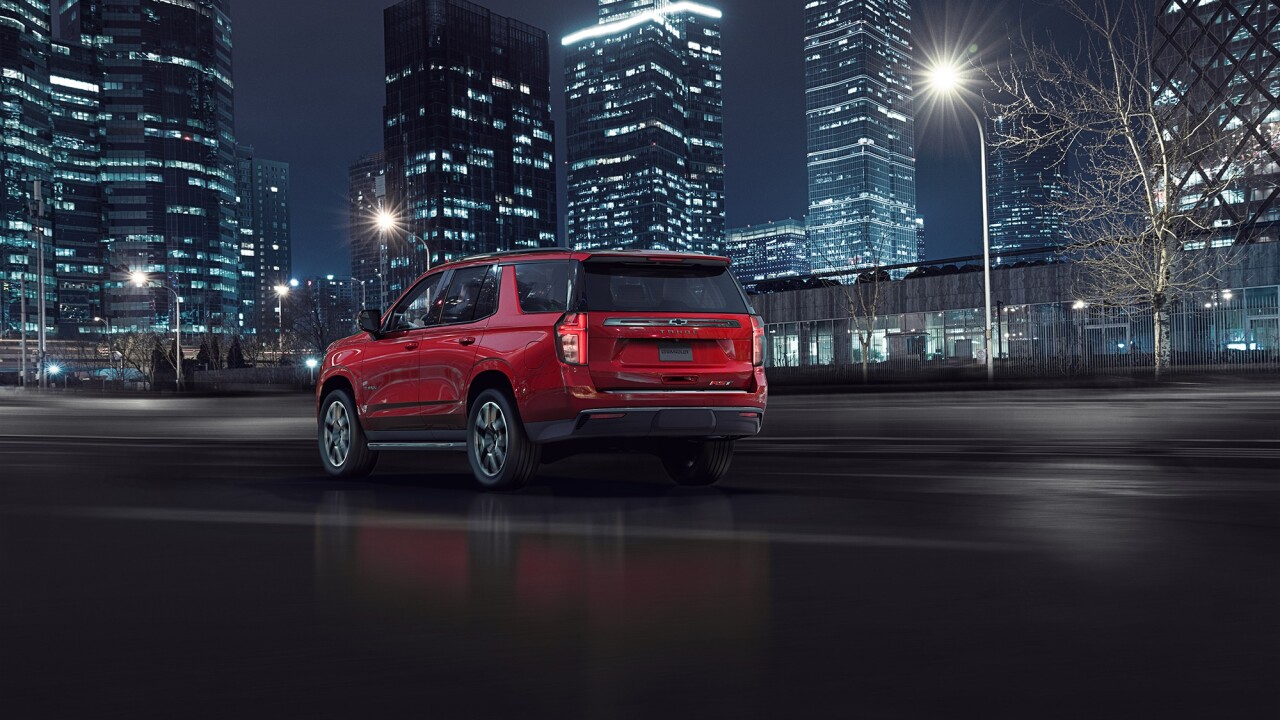 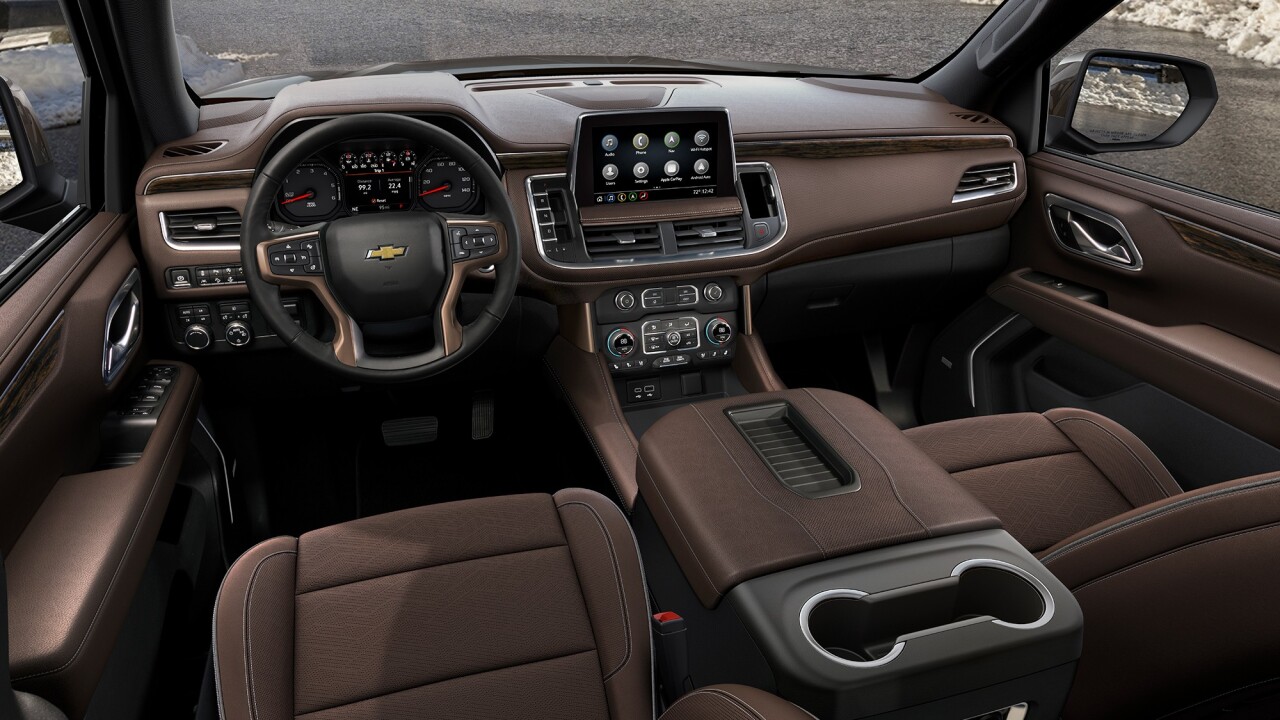 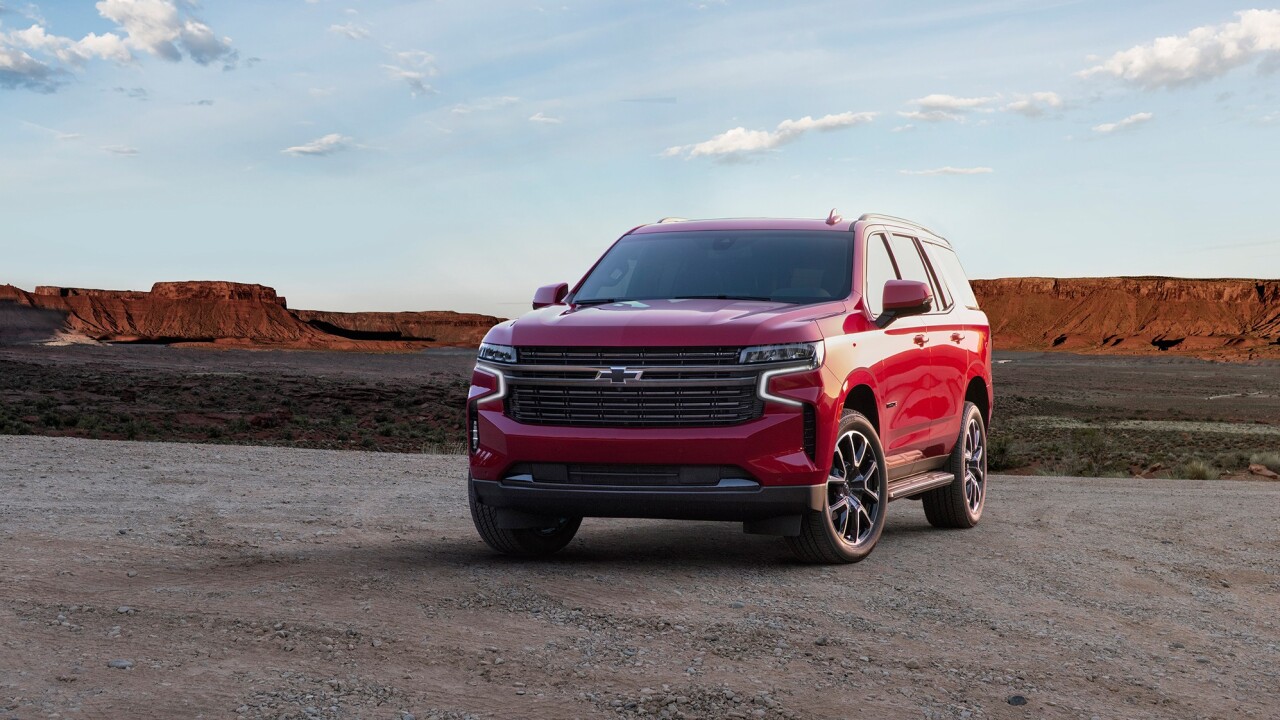 DETROIT, Mich. – General Motors unveiled all-new versions of the Chevrolet Tahoe and Suburban Tuesday night. Now the two popular large SUVs are even longer and roomier than before.

GM's new Chevrolet Corvette , unveiled last July, may be more exciting, but these two SUVs are far more important to the automaker's profits. The Tahoe and Suburban account for more than 40% of America's non-luxury full-size SUV market, according to data from Kelly Blue Book.

The Suburban is identical to the Tahoe except that it's always been longer, allowing for more cargo space. That's still true in these new versions, but they are now closer in size. The 2021 Tahoe is 6.7 inches longer than the current one. The new Suburban is 1.3 inches longer than the Suburban's now on sale. Both also have longer wheelbases. That's the distance from the front wheels to the back wheels. A longer wheelbase improves ride quality and handling.

The new SUVs also have independent rear suspension that should improve handling and ride quality. Until now, these large SUVs have had solid rear axles. That's similar to the rear suspension of GM's pickup trucks. Solid rear axles are considered to be better for hauling heavy loads and for rugged duty like off-road driving. But most cars and SUVs today have independent suspension which provides a smoother ride and better control while also allowing for more interior space.

The main competitor to the Tahoe and Suburban, the Ford Expedition, has had independent rear suspension for a long time. GM had held off on making the change because it required major alterations at the Arlington, Texas factory where these SUVs are made, said Tim Herrick, vice president of global product programs at GM.

The new GM SUVs also have adjustable adaptive suspension. With this, the SUVs' height off the ground can vary. For instance, it can lower 2 inches when parked to make it easier to get in and out and it can rise up when driving off-road. The suspension can also soften over rough roads and stiffen when more control is needed on a curvy road. The SUV also lowers down during highway driving for better aerodynamics and better fuel economy, Herrick said.

The Tahoe and Suburban will be available with either of two V8 gasoline engines, one producing up to 355 horsepower or a larger one producing up to 420. A six-cylinder diesel engine is also available, the first time a diesel has been offered in these models. To save fuel, the V8 engines can shut off anywhere from one to seven cylinders when full power isn't needed. The engine can also shut off automatically when the vehicle stops, then restarts as soon as the brake pedal is released, as on many new cars and SUVs. GM has not released fuel economy ratings for these vehicles yet.

The new Tahoe and Suburban will go on sale in the middle of 2020, according to GM. Pricing hasn't been announced yet but the Tahoes and Suburbans at dealerships now start at around $50,000.

GM also uses the engineering of the Tahoe and Suburban in its GMC Yukon and Cadillac Escalade models. New versions of those big SUVs haven't been unveiled yet but are expected soon. All are built in GM's Arlington, Texas assembly plant.

Including the GMC Yukon, GMs full-size SUVs account for almost two-thirds of all large non-luxury SUV sold in the US, according to data from Kelley Blue Book (That statistic does not include sales of the Escalade, which is considered a luxury SUV.)

People buy these sorts of SUVs because they need the size for cargo and people, while they may also want the towing capabilities and ruggedness, said Kelly Blue Book's Allyson Harwood. Some buyers also just like their truck-like appearance and feel but need the passenger space of an SUV, she said.