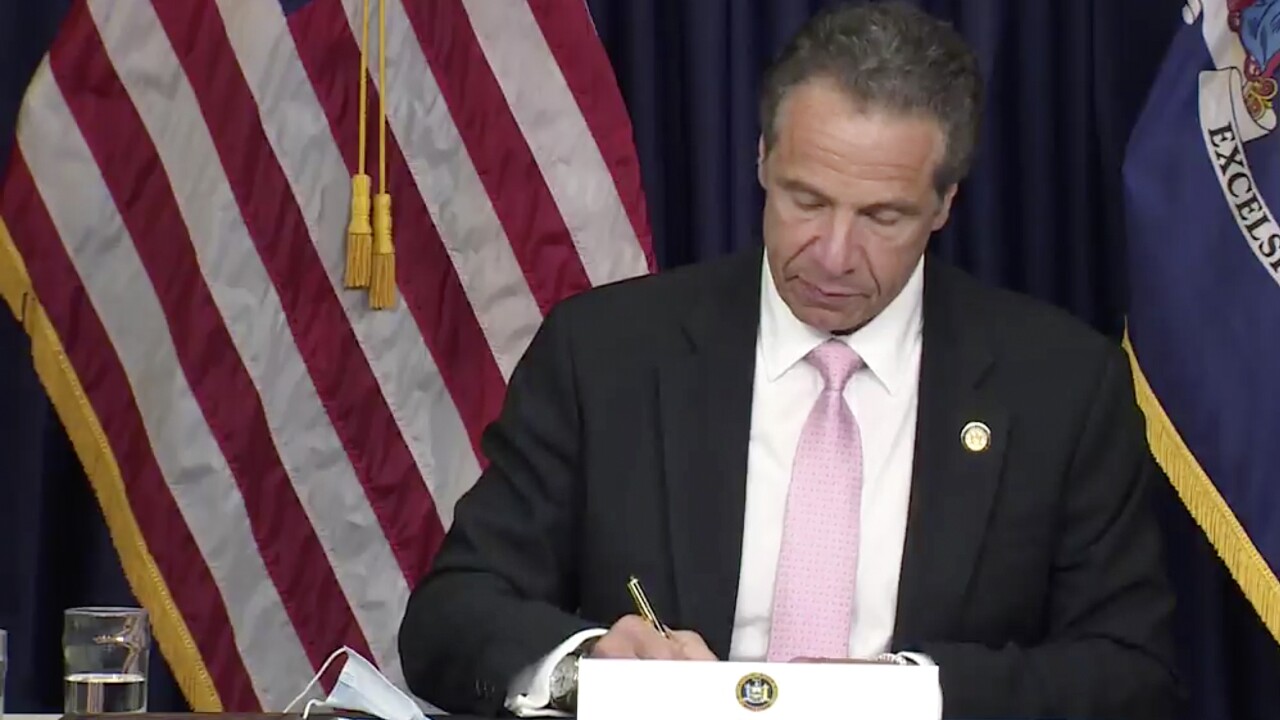 HONS/AP
In this photo made from video provided by the office of New York Governor Andrew M. Cuomo, Gov. Cuomo, signs into law, Friday, June 12, 2020, in New York, a sweeping package of police accountability measures that received new backing following protests of George Floyd's killing. The laws signed by Cuomo, a Democrat, will ban police chokeholds, make it easier to sue people who call police on others without good reason, and set up a special prosecutor's office to investigate the deaths of people during and following encounters with police officers. (Office of New York Governor Andrew M. Cuomo via AP)

NEW YORK — Gov. Andrew Cuomo announced Friday that all New York school districts were able to reopen for the next academic year.

Cuomo said that his decision was based on infection rates across the state. He previously announced a state formula to determine whether or not schools will reopen.

School districts have been developing reopening plans, with feedback from parents and teachers.

However, according to the governor, of the 749 districts across the state, 127 have yet to submit reopening plans and 50 plans were incomplete.

The Department of Health will continue to go over plans as the come in, the governor said.

According to Cuomo, the Health Department can disapprove of a district's plans if they don't meet the proper safety measures, which could delay the opening of schools in that district.

Class sizes have also been slashed to 12 or less students, while many areas like gyms and cafeterias are getting revamped to create makeshift classrooms.

Disinfection and virus protection are some of the top areas of concern.

New York schools have been closed since mid-March in an attempt to mitigate the spread of the coronavirus outbreak.

This story originally reported by Anthony Reyes on pix11.com.