Guns and God: The church combining the First and Second Amendments

Guns and God: The church combining the first and second amendment 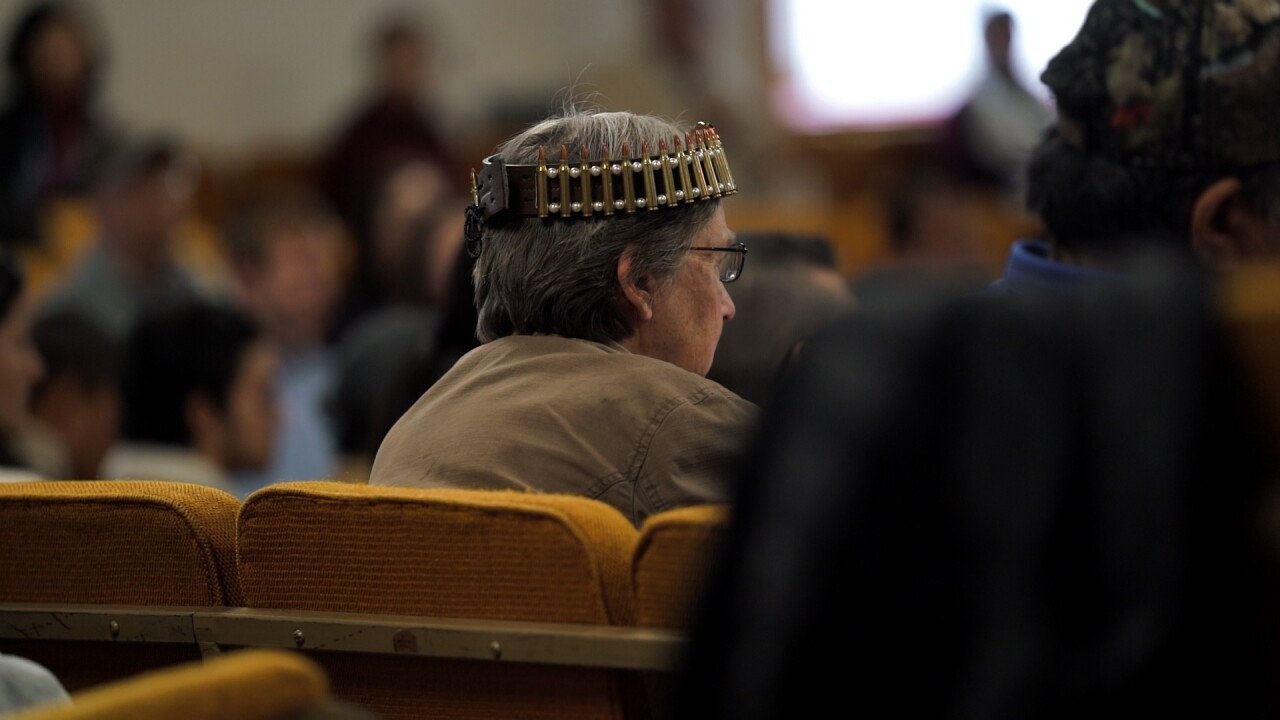 NEWFOUNDLANDS, Penn. – Gun control and religious freedom are almost always controversial issues. One group of Americans incorporated the right to bear arms into their Christian faith.

Newfoundland, Pennsylvania is more of a conservative town, tucked away at the edge of the state, 100 miles from the more liberal state, New York.

“You have a lot of people leaving liberal areas – and I’m not making this a conservative or liberal thing – that’s just the way it is,” said Bob Beierle, a resident and publisher of the magazine Our Town. “People are moving away from those big cities to live here. And it’s a different feel here. You have values in a small town.”

Newfoundland has a certain respect for both the freedom of speech and religion, and the right to bear arms.

“People have more respect for the First and Second Amendment in a place like Newfoundland,” Beierle said. “The Second Amendment was set up by brilliant men and women because they understood human nature – people are corrupt.”

Newfoundland is known for God and guns, and the practice of both of those freedoms fall under one roof at the Rod of Iron Ministries.

The World Peace and Unification Sanctuary, also known as the Rod of Iron, is led by Pastor Sean Moon.

“We started the church here in Pennsylvania in my brother’s basement after my father had passed,” Sean said.

Sean’s brother, Justin, is at his side and is the owner of Kahr Arms near Newfoundland.

“Well, I think the right to bear arms is important for most people who come from countries with oppressive governments,” Justin said.

They are the sons of late Rev. Sun Myung Moon, a Korean self-proclaimed Messiah, an accused cult leader, and founder of the international Unification Movement.

“My father was in a concentration camp for three years,” Justin said.

“This was in war-torn Korea,” Sean said. “For us, it’s very reminiscing of what our family had to deal with in North Korea. But at the same time, my father led international anti-communist movements in Japan and Korea and also the former Soviet Union as well.”

When the Moons’ father passed, Sean was named the heir to the church. But through disagreements with his mother, he broke off and started his own.

His religion has the same philosophies as his father’s, but with a significant tool representing freedom.

“In Luke 22, Jesus says sell your cloak and by a sword,” Sean said. “He tells his disciples to arm themselves. It’s the right of self-defense. At this time, we have the Apex technology and it’s symbolized by the AR-15 in the hands of population of people is a tremendous force of peace to stop tyranny.”

Those who follow this religion express it by being armed, with handguns, rifles and many other weapons.

“We’re used to being called a cult,” Sean said. “Historically slaves could not own property, did not have rights, and could not own tools for self-defense. We believe God calls us to be kings and priests. That’s why we had crowns and the code of arms. We were celebrating the marriage and blessing of freedom.”

On a Sunday, Sean holds a two-hour church service, followed by several hours of training at his brother’s shooting range.

“Any church, they all form their opinions and beliefs on personal experience,” Beierle said. “The Moons understands the importance of having a gun.”

The fabric of Sean’s religion is the weaving together of the First and Second Amendment, because for him the gun or Rod of Iron is what makes people free.