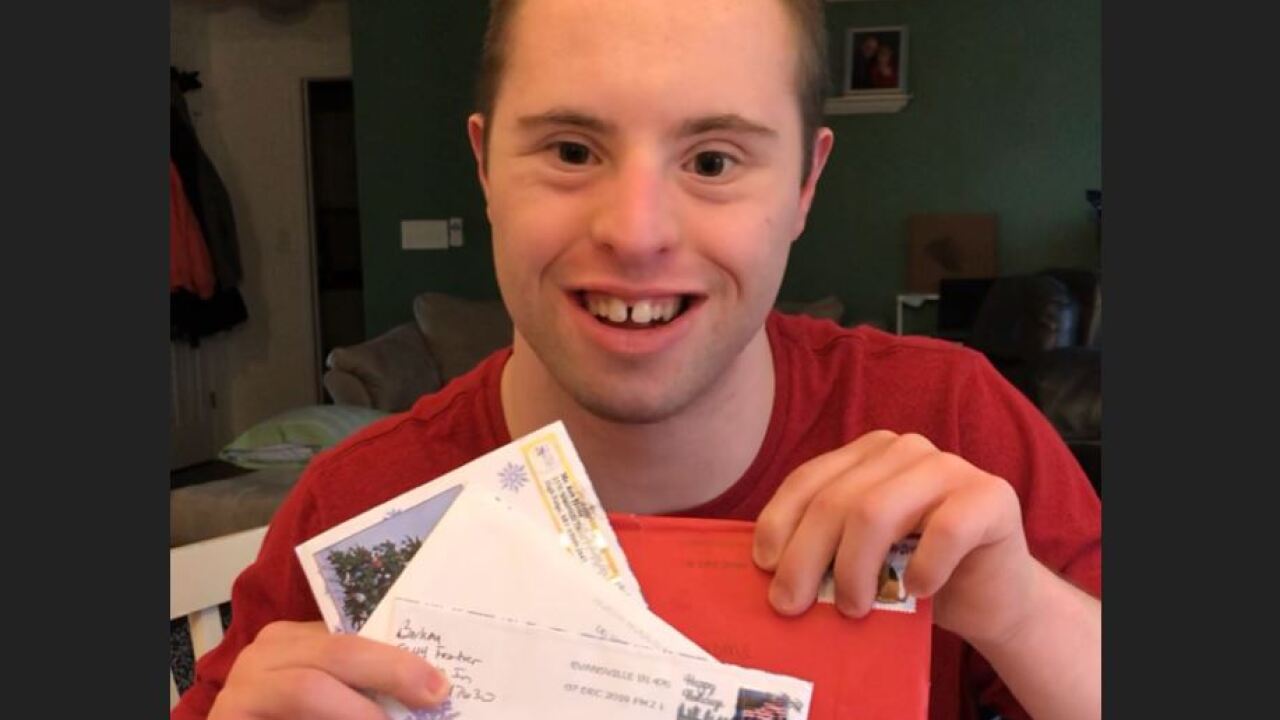 PENDLETON, Ind. — An Indiana resident with Down syndrome is helping to reignite a tradition that seems to be fading: sending Christmas cards.

Beth DuCiaome said the topic came up while she and her son were getting out holiday decorations this year. She has a large metal star that's supposed to hold Christmas cards, and she was telling her son, Sean, how they used to be able to fill it up each year.

"I was telling him because of social media, the tradition kind of died," DuCiaome said.

Sean is 19 years old and has Down syndrome, but also a heart of gold. He fell in love with the idea of getting cards and filling up the family's card star, so DuCiaome decided to try and surprise him by asking friends and family to mail them cards to fill it with.

She started asking from people she knew, and then one of their neighbors found out and the movement became something even bigger.

"I put it on my Facebook, privately, to friends and family," DuCiaome said. "Kenny took the ball and ran with it."

Kenny Humphrey said when his wife told him about the request, he felt like he had to get involved.

"She posted it on Facebook but didn’t want her address posted," Humphrey said. "When my wife told me, I said well, I’ll post my address and people can just send me the cards attention to Sean and I’ll get them to him."

So Humphrey started posting all over social media in every group he was a part of. From there, the spirit of the holidays seemed to take off.

"I have people from bible groups to presidents of motorcycle clubs in on this, and the pages I posted it to, people on those pages took it and reposted it on their pages and so on," Humphrey said.

Humphrey said he has more than 28 cards in just two days, and he has a large batch of them coming from a local nurse who had her co-workers write some for Sean.

If you would like to send Sean a card you can send it to the following address:

This story was originally published by Katie Cox on WRTV.