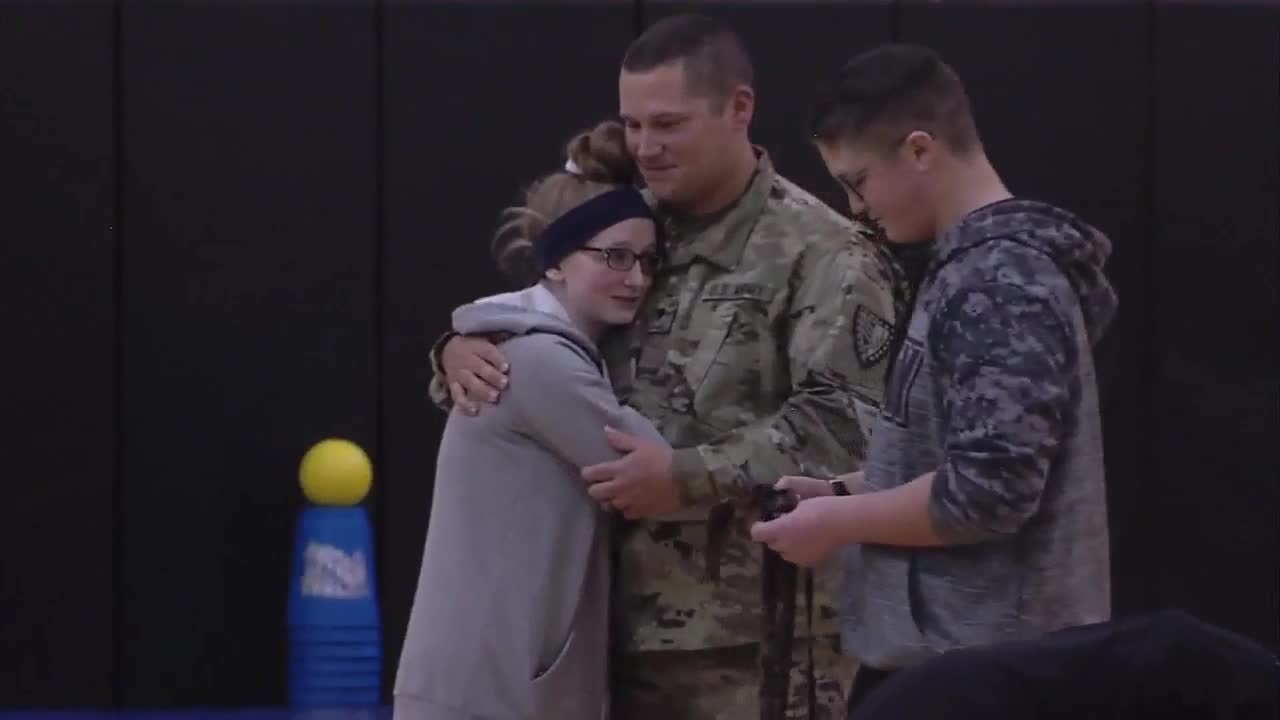 An Avon middle school boy and his older sister got the best Christmas surprise ever when their deployed father showed up during what they thought was a school assembly. 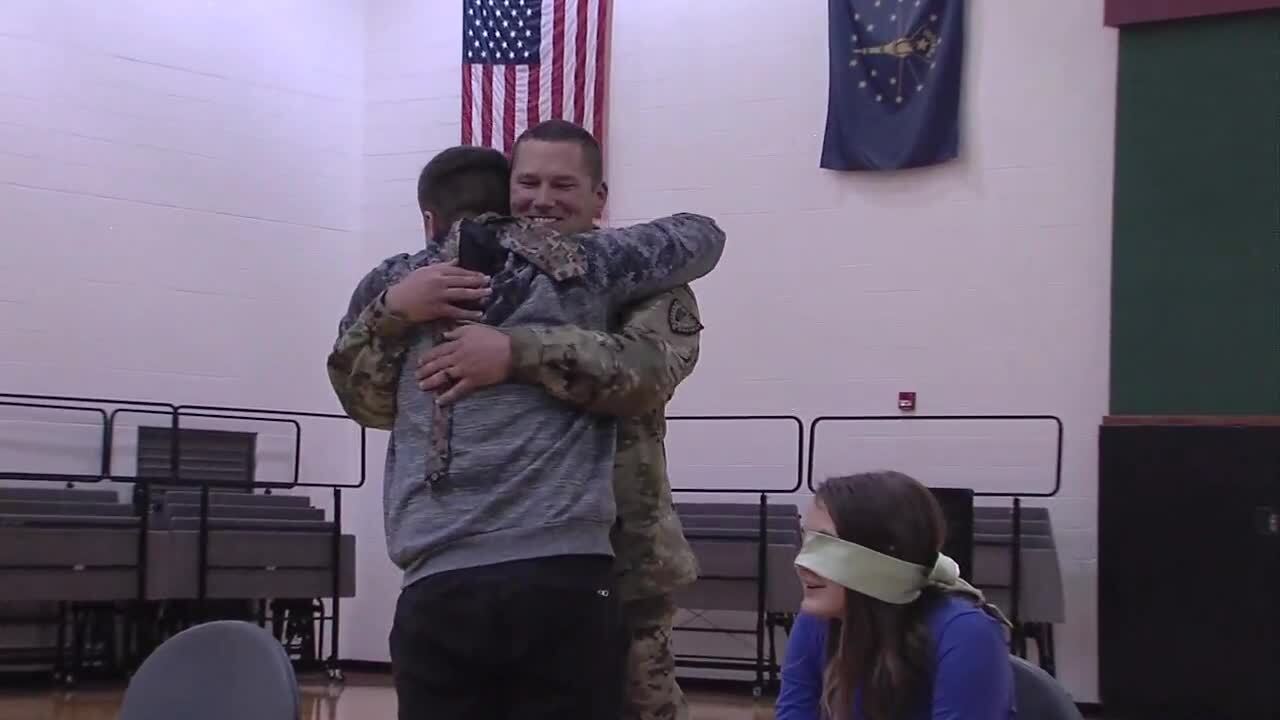 AVON, Ind. — A middle school student in Indiana and his older sister got the best Christmas present ever — and it came 14 days early.

Ian and Hailey Roell's father, Paul, is a member of the Army National Guard. He's been deployed since the middle of last school year and they weren't expecting him to be home until sometime in January.

But their mother, Stephanie, found out just a few days earlier that Paul would be home for Christmas, so she decided to come up with a way to surprise her kids.

"They didn't give the soldiers their flight info until 20 minutes before they had them leave the barracks," she said.

Stephanie contacted Ian's school and set up a plan to surprise her son. She said the school was on board as soon as she brought them the idea and they came up with a way to make it happen, without giving Ian any idea of what was going on.

Around noon, teachers brought their students to the gym to "play some games." They let the kids play a couple of games, before getting to the important one.

During Ian's game, the teachers blindfolded three kids and asked them to feel the hands and face of "someone behind them" and guess who they were... as you can imagine, Ian's "secret person" was the best of the bunch.

They even kept the homecoming a surprise from Hailey by inviting her to Ian's school. She thought she was coming to watch her brother get an award, but instead it was a surprise for her.

You can watch the full surprise homecoming in the video player above.

This story was originally published by Katie Cox on WRTV.