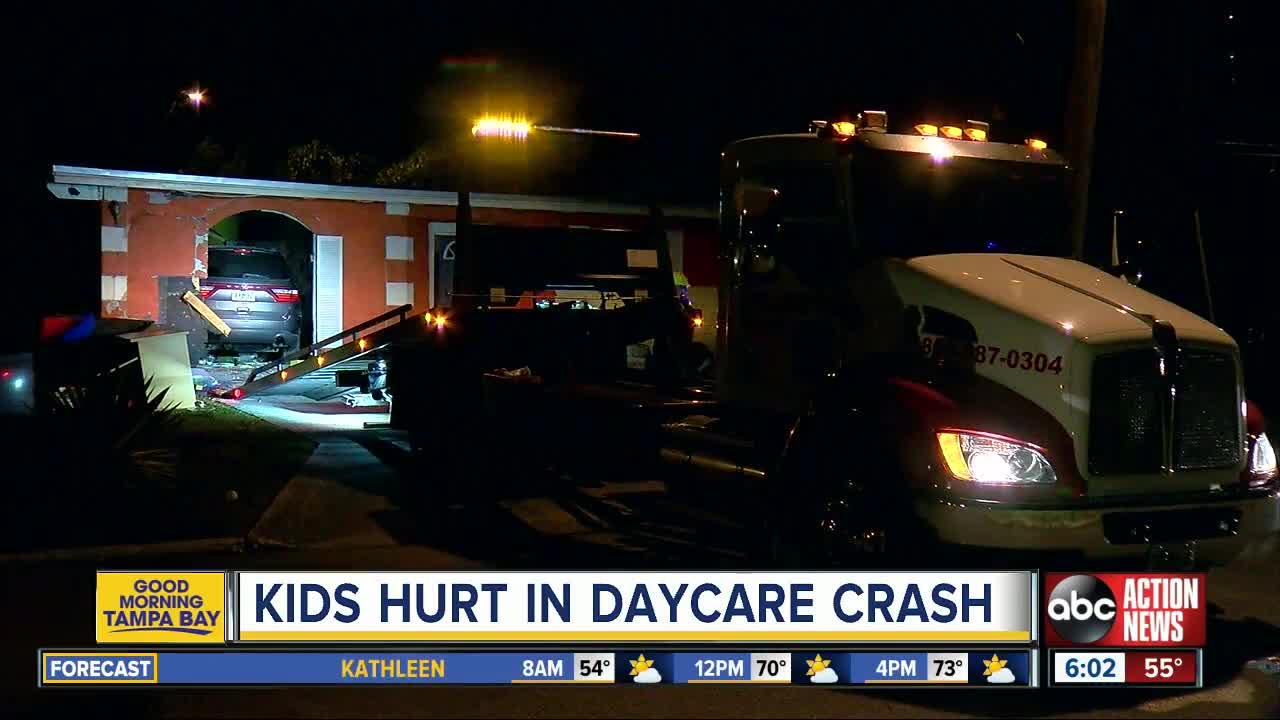 Three children were airlifted to the hospital after a vehicle smashed into a home day care Tuesday. Story: http://bit.ly/2r4woZI 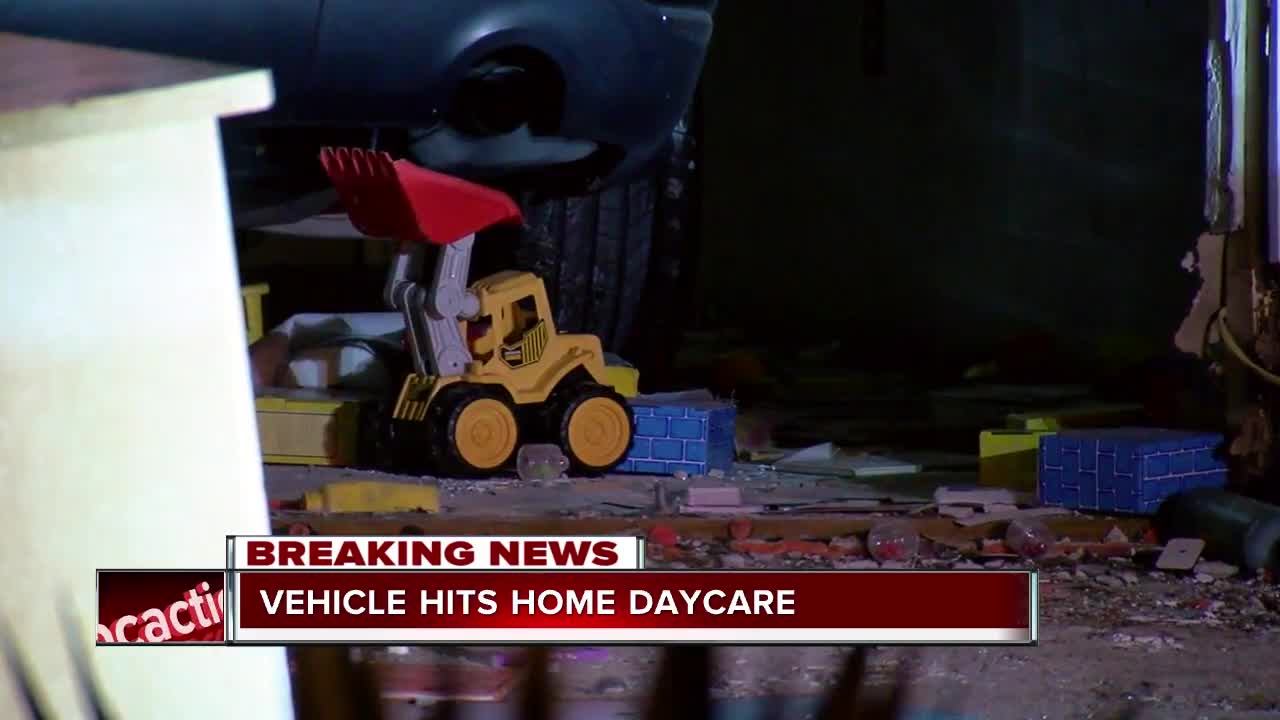 LAKELAND, Fla. — Two toddlers and an infant were airlifted to the hospital after an SUV smashed into a home daycare Tuesday.

The Lakeland Fire Department responded to the call of a vehicle crashing into a home near the 1500 block of West 7th Street in Lakeland.

Officials said an older woman was behind the wheel of the SUV when she drove through a playroom located in front of the driveway.

That driver was so shaken up that officials said she was taken by an ambulance to the hospital to be checked out.

A total of four children were inside the room at the time. Two children, both 2-years-old, were injured along with an 8-month-old. All three were flown to hospitals in Tampa for treatment.

Officials are still investigating what caused the crash but said it appears to be an accident.

According to online records, the daycare is licensed. Police said they would have more information about who was driving, what caused the crash, and the conditions of the children one it is available

This story was originally published by WFTS in Tampa, Florida.