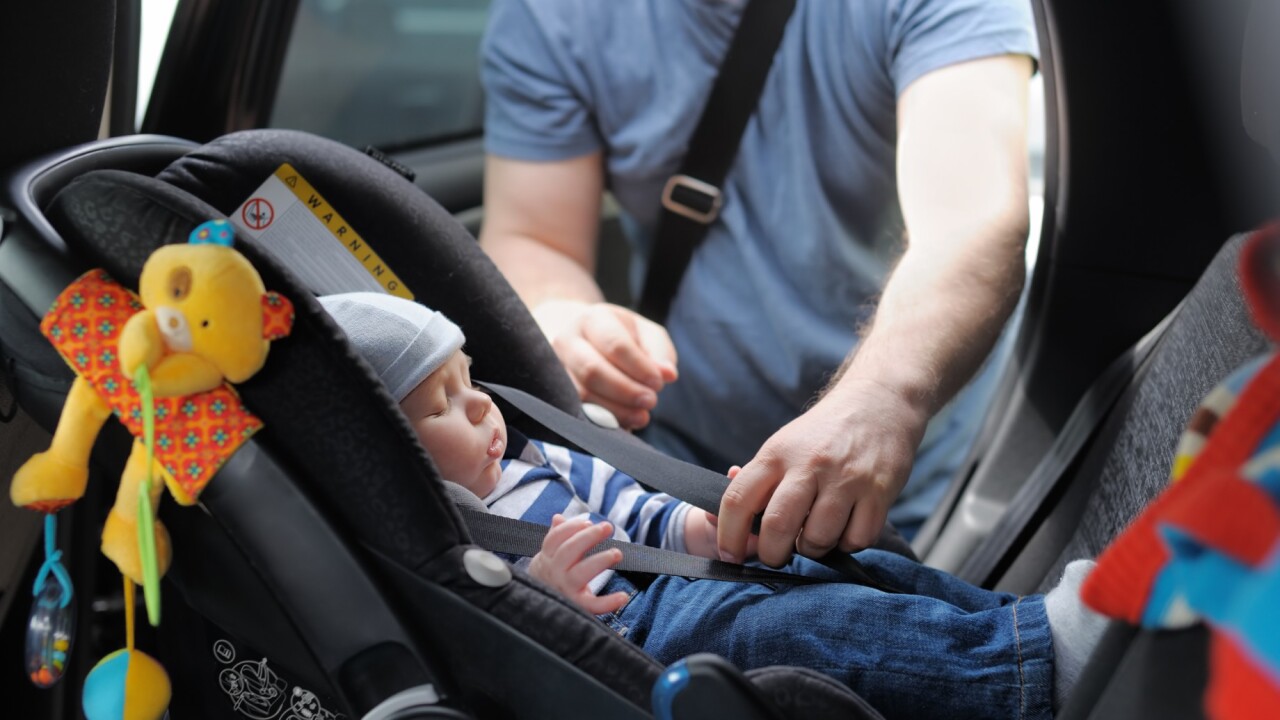 Italian law now requires vehicles to have a safety device that alerts drivers if a child has been left behind in the rear seat or a car seat.

The law went into effect Thursday and is designed to prevent hot car deaths. Some devices will send visual and audible alerts when someone gets out of the car, according to the Ministry of Infrastructure and Transport. Other devices will send signals to the driver's smartphone that it is out of range from the sensor on the child's car seat.

Fines between 88 and 333 Euros can be imposed and drivers can lose points on their licenses. A second infraction would mean the driver's license would be suspended for at least 15 days.

The law applies to parents of children under 4 years of age.

The ministry says the devices are available online and in stores specializing in children's items. Parents at some point will be able to submit a receipt to the government to recoup incentive money. The government has not yet worked out the reimbursement paperwork, the ministry said.

The law was proposed in 2018 after several hot car deaths.

How the US is dealing with hot car deaths

According to KidsAndCars.org , 38 children in the United States die each year because they were trapped in a hot vehicle. But the deaths from 2016 to 2019 have exceeded that number; in 2019, 52 children have died, according to the organization.

The US House of Representatives is considering the Hot Cars Act of 2019, HR 3593, which was referred to the Highways and Transit subcommittee at the beginning of July. A Senate bill is also in committee.

In September, the Alliance of Automobile Manufacturers and the Association of Global Automakers announced the industry is committing to have a rear-seat reminder in cars and trucks by 2025. Some auto makers have already added some back-seat safety measures to their vehicles.