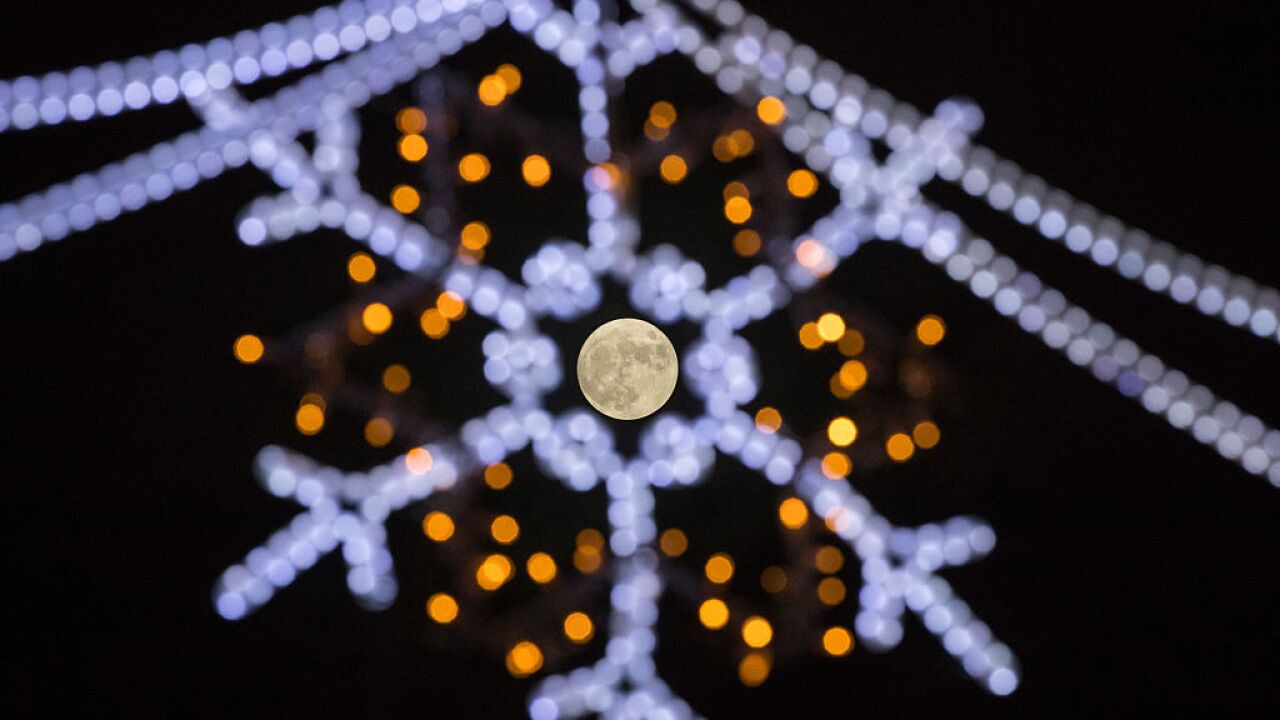 The last full moon of the decade is sure to be a show — and a treat for anyone who is feeling superstitious.

According to the Farmers' Almanac, the last full moon of the decade will peak Thursday, December 12, at 12:12 a.m. EST.

"In Chinese numerology, 12 represents the harmony of the yin and yang: The number 1 is a yang number, ruled by the Sun and symbolizes independence and individualism," the Farmers' Almanac says. "The number 2 is a yin number ruled by the Moon and represents symmetry and balance. Together they equal harmony. Which is why many couples choose to marry on dates with 12s in them."

December’s full moon is also sometimes refereed to as the Cold Moon or the Long Night's Moon because of the season in which it occurs and how long it lingers in the sky. This month heralds in the cold winter season and, according to the Farmers' Almanac, "December’s full Moon shines above the horizon for a longer period of time than most moons."