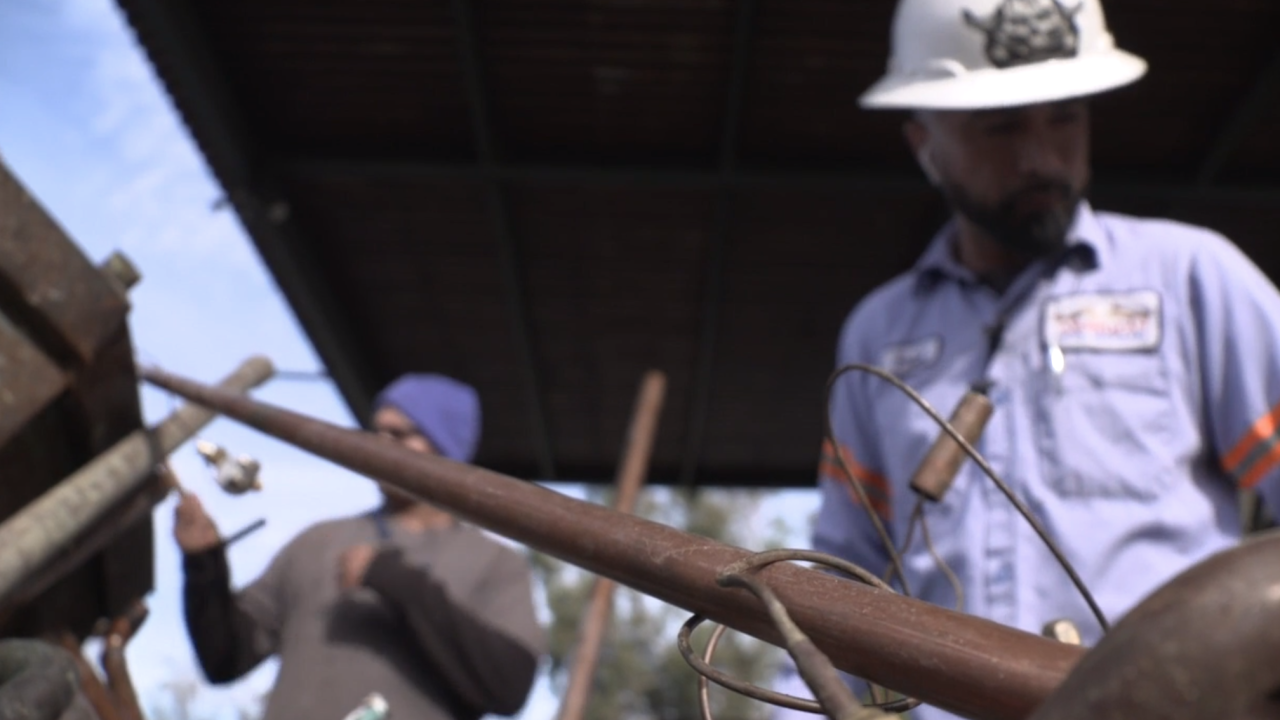 FONTANA, Calif. -- Metal scrappers aren’t making as much money as what they used to.

Sawyer has been scrapping metal for more than a decade and says he’s never seen prices this low.

Valdez says all metals – including steel, aluminum and copper – were all hit hard.

“There’s really nothing that made it through pretty good through these tariff wars,” he said. Everything was messed with.”

“Before we’d recognize what their name was – first and last name,” he said. “Now we’re like, ‘what’s your name again?’”

So why should you care if metal scrappers are making less money? Well, international economists say when prices are raised by tariffs – that increase in cost is passed to consumers – and ultimately hurts other parts of the economy.

“There have been some analysts that say for every steel job you save, you loss 16 in the rest of the economy,” said Walter Hutchins, J.D. M.A., a professor of global business at the University of Redlands.

“If the regular Joe is union worker for US Steel, he may or she may have gotten some kind temporary benefit from the tariffs,” he said. “But when that same worker goes to buy a F-150 pickup or his pension fund has shares of Ford Motor Company stock in it, that average Joe could be quite harmed.”

While the sticker shock might be driving some scrappers away, other metal industries say they are flourishing.

“You can be a high school dropout and you can still make $100,000 in my industry,” said Randy McClure, who owns and operates the Welding Skills Test and Training Center in Rancho Cucamonga.

Though he’s seeing the price change in metals, McClure is also seeing the demand change for work.

“I don’t know if it’s more work because the tariffs came in but there is more work than there are people to do the work,” he said. “Not having enough workers is a bigger problem than the tariffs. That’s for sure.”

But for the scrappers out there on the streets and the workers recycling the metal, the small payoff could impact this industry’s future big time.