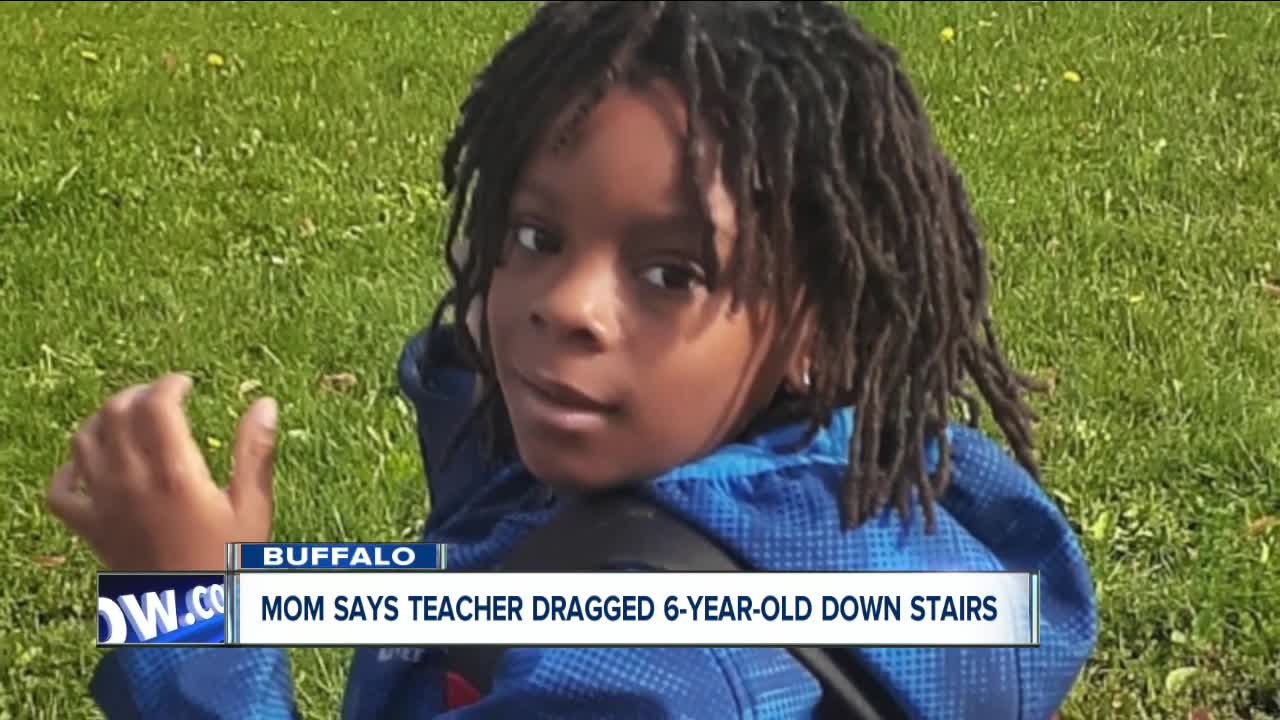 A Buffalo Public School student’s mother wants answers after she says her son’s teacher dragged him down several stairs.

“She was dragging him down the stairs by his knees,” said Tasha Dixon.

Dixon says she didn’t witness what happened but someone else did, prompting an internal investigation by the district.

“I had received a call from the principal and she said my son had been involved in an incident.”

She says her son Malik is in a 611 class, which is for special education students. She says Malik also has a disability.

“He asked her to go to the bathroom and she told him no because she felt he didn’t need to go. He sat down and she insisted he move so she took him by the legs and thumped him down a couple stairs.”

Dixon says she met with the school principal, who she says indicated an eyewitness came forward to administrators about what happened. During that meeting she says she was told since it happened in a hallway, cameras captured the event, however; she was not allowed to see the video because it is property of the district.

“In a closed meeting she said it wasn’t a good video,” Dixon said. “How can you have the audacity to touch my son?”

A spokesperson for Buffalo Schools says the district did a month-long investigation and found the claims against the teacher unfounded.

The teacher returned to school Friday, more than a month after the incident.

We asked the district to see the video. Our request was denied. A spokesperson tells us that’s because the video involved children and personnel matters.

This article was written by Hannah Buehler for WKBW.