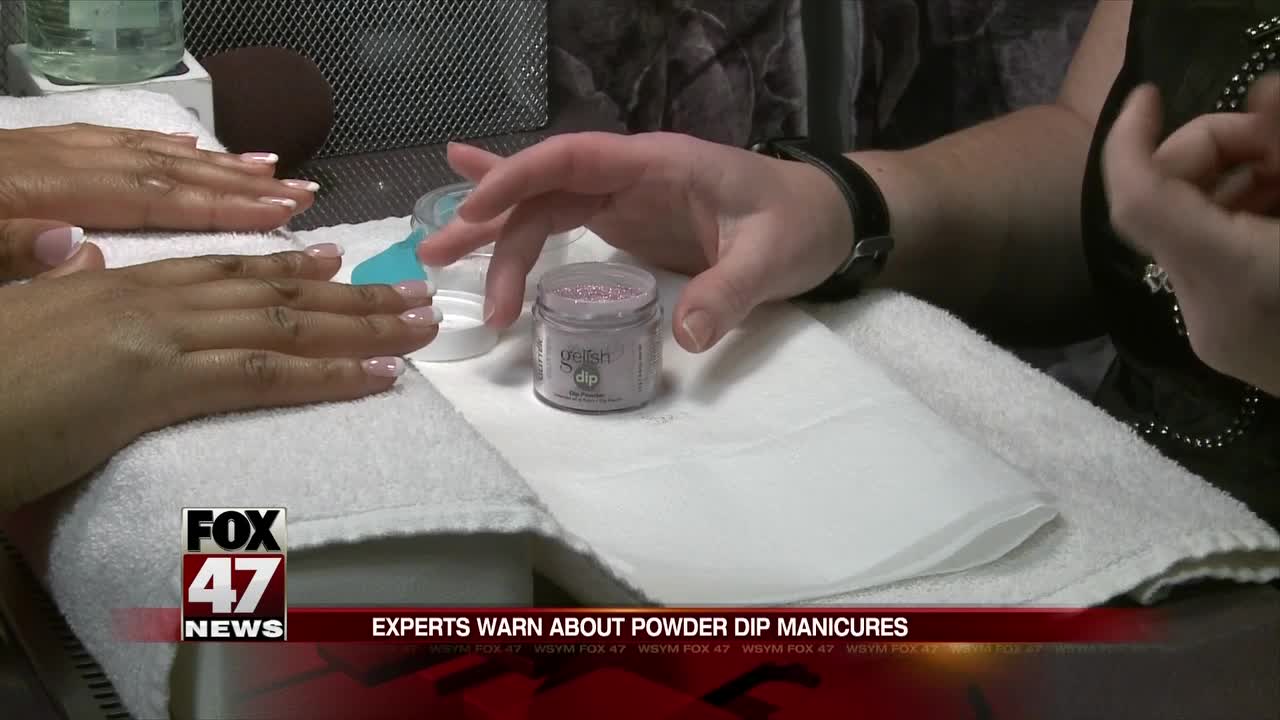 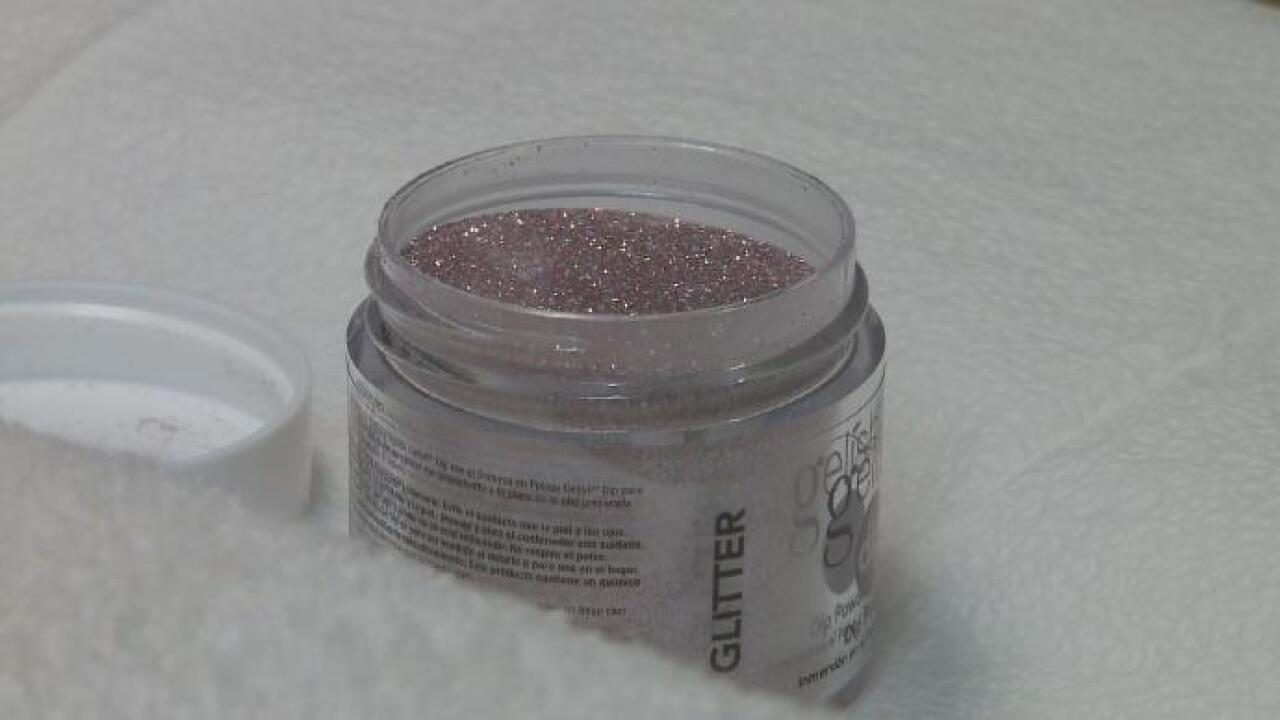 LANSING, Mich. — It's a popular nail technique that promotes long lasting color and shorter wait times for drying, but some manicurist stray away from offering the service because of sanitary concerns.

The Michigan Department of Licensing and Regulatory Affairs issued new rules for dip powder practices due to a method that could spread infection through cross-contamination.

“In a salon setting, it should be used in a way that client’s fingers aren't dipped into the container itself,” said Amanda Bedard, owner of Utopia Salon in Lansing.

The requirements prohibits using the same jar of powder for more than one client and left-over dip must be thrown out after each use.

“I would pour just enough that I know I am going to use on the service without wasting product," Bedard explained.

“I would take and sprinkle it on each individual finger.”

Using the same utensils and left-over powder in between clients can raise a public health risk.

“Generally the funguses kind of show up as discoloration on the nail,” said Bedard.

“You know warts kind of can look very different, sometimes they can show up as kind of skin-colored and just a little bit raised, where other times you know they can actually look like an infection.”

If you see any signs of infection, seek medical attention.

Violators of the new rules could face a penalty from the state, which could result in a license suspension.

This story was originally published by Cryss Walker at WSYM.