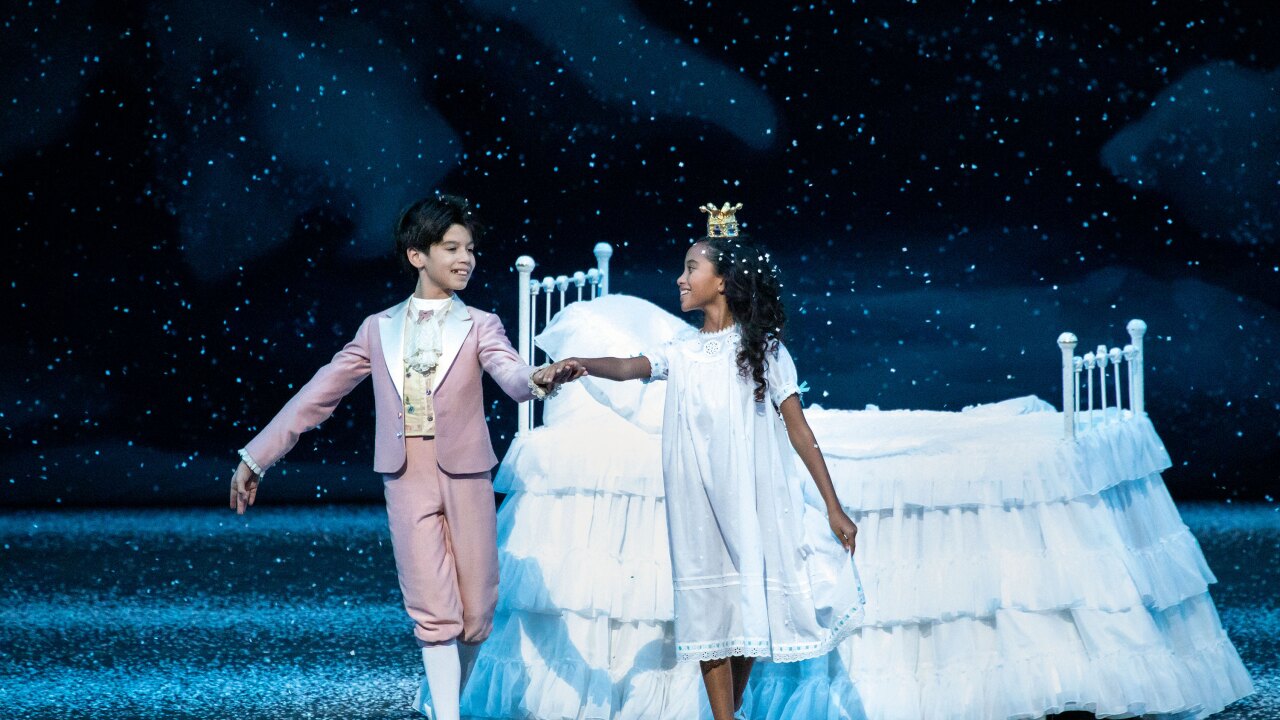 NEW YORK – For the first time, New York City Ballet has cast a black Marie in its annual production of "George Balanchine's The Nutcracker," which premiered in 1954.

This season, the leading role of the young heroine is being played by 11-year-old Charlotte Nebres.

But for Charlotte, who grew up with role models like Misty Copeland, it just reaffirms that nothing can hold her back.

When her mother Danielle Nebres told her she was the first black Marie, the New York Times reported , she simply responded: "Wow. That seems a little late."

Dena Abergel, children's ballet master at New York City Ballet, acknowledged that the casting decision was a significant milestone. But Charlotte wasn't cast because of the color of her skin or as part of a diversity initiative, she said.

She had her as a student at the School of American Ballet, a feeder school for New York City Ballet. And Charlotte had also performed with the ballet company in last year's Nutcracker and a production of Sleeping Beauty.

And when the time came for casting for this season's production of the Nutcracker in late September, Charlotte impressed again.

Sometimes when Abergel tells young dancers that they have a role, they jump up and down and scream excitedly.

An interesting thing about Charlotte, Abergel said, is that she's more expressive onstage than offstage. She's "not an extroverted person," so it was hard to tell how she really felt about landing the role.

When Charlotte emerged from her "Nutcracker" audition, she surprised even her mother.

"With that poker face of hers, she said, 'Well, I'm Marie,'" Nebres told The New York Times. "And I just thought, oh my goodness -- they really did it. I couldn't believe it."

The school has made an effort to diversify

The cast of New York City Ballet's production is particularly diverse this season.

In addition to Charlotte, the other young leads are also children of color.

Tanner Quirk, who plays Charlotte's Prince is half-Chinese, according to The New York Times. The children are always double cast, and Sophia Thomopoulos, who plays the other Marie, is half-Korean, half-Greek. Her Prince is Kai Misra-Stone, who is half-South Asian.

Abergel said she had no idea what backgrounds the dancers were from until it was reported in the media. Instead, she said, this year's cast is a reflection of the "tremendous" effort that the School of American Ballet has made to diversify its student body in recent years.

About half of the students of the school are "diverse," she said, which means that the students in front of her while she's casting will inevitably come from varied backgrounds.

"Because I have the diversity of students and the pool to choose from that is diverse, some of those students will end up being the leads and it just happened to work out without my even realizing it that all four were of some mixed diversity," Abergel said. "And that's just mirroring what's happening in New York City and around the world."