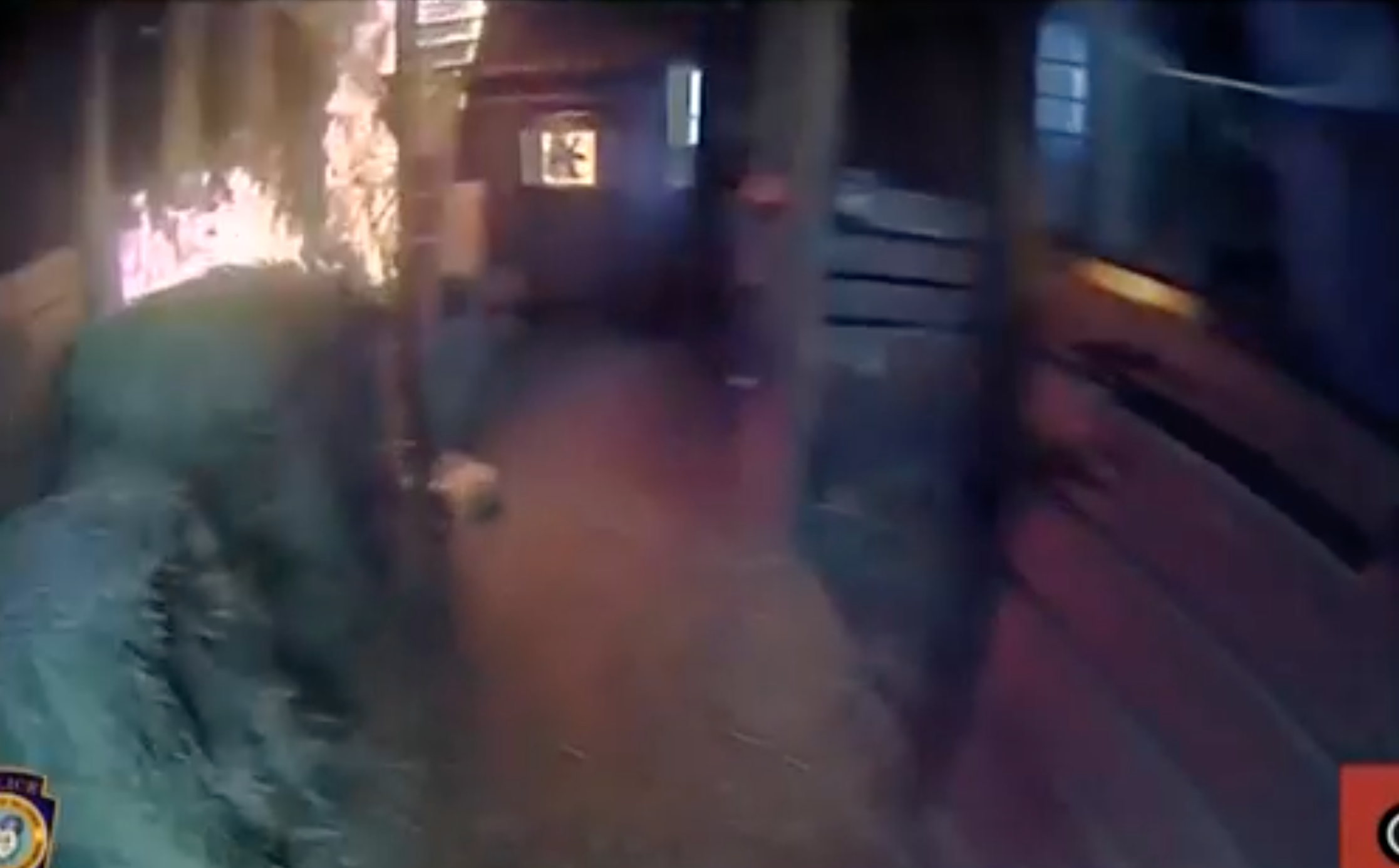 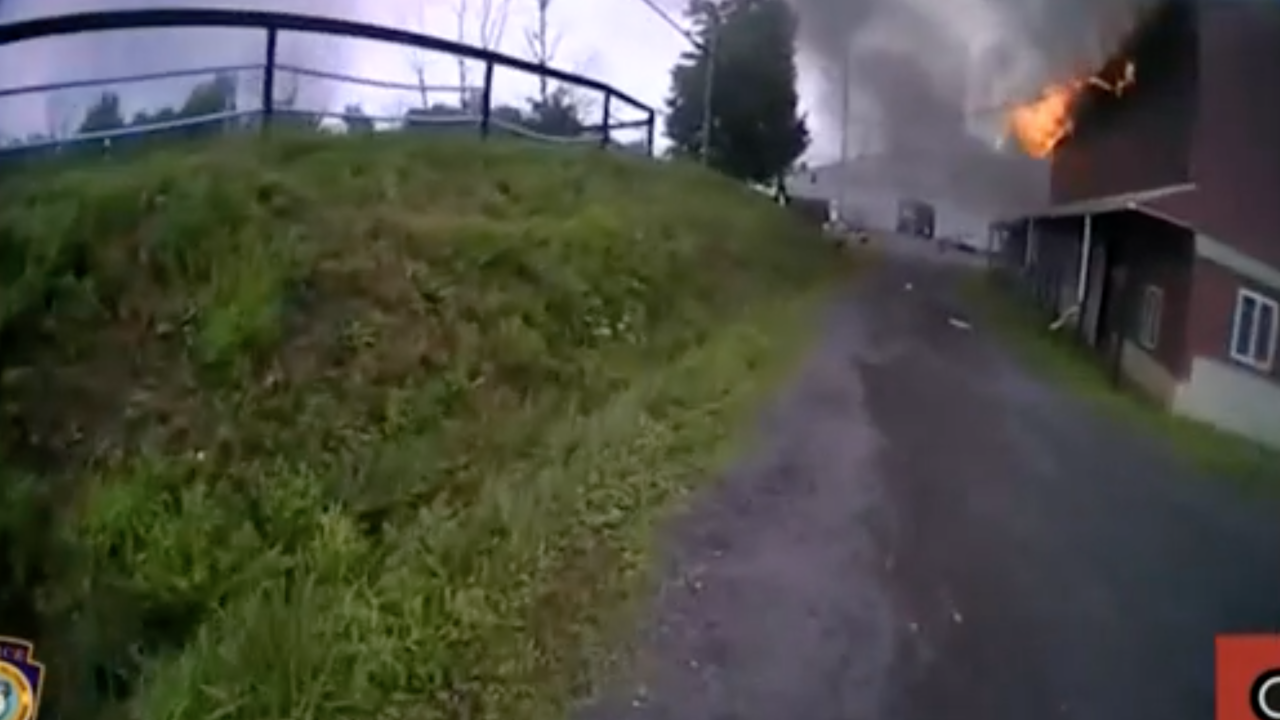 Several Hilltown, Pennsylvania, police officers helped save a distressed horse from a burning barn last week, which was captured by an officer’s body-worn camera.

Officer Matthew Reiss told KYW-TV that he did not have much time to get Phoebe the horse out of the barn.

"Quickly improvise, and come up with a solution to get that animal out,” Reiss said.

Other horses were in the barn at the time of the fire and were rescued by friends and family, but Phoebe was reportedly too spooked to follow.

That’s when the officers and horse trainer Lena Obernesser teamed to get Phoebe out. Obernesser used a shirt to cover her eyes and push the horse to safety as Reiss used a rope to pull Phoebe to safety. Phoebe then ran to safety.

"She was definitely terrified, the cops were fantastic though, they jumped right in,” Obernesser told KYW. “I saw the footage and I was just in awe. Like oh my God, thank God they were here."

“They really stepped up, we had so many people reaching out,” she said. “it was, I was so proud to be a part of this community."

After a week, Phoebe is reportedly in good health. The condition of the barn is still being calculated, but members of the community have started a fundraiser to help the Red Wing Farm care for their horses.