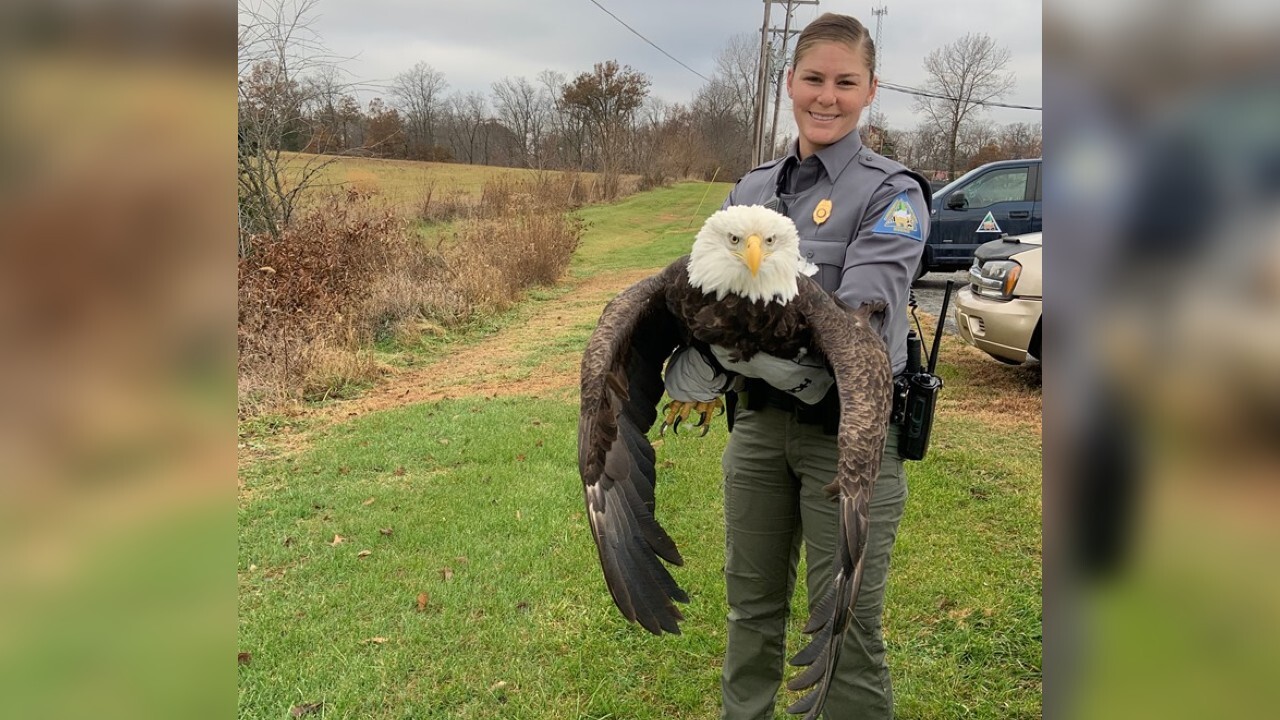 PARIS, Mo. – Authorities in Missouri are working to find the person who shot a bald eagle.

Conservation Agents Haeley Eichler and Sean Ernst found the injured eagle in a cornfield north of Paris after a landowner reported seeing it in the same spot for several days, according to the state’s department of conservation.

Ernst told ABC News that the female eagle attempted to hop away from them because it was unable to fly, but they were able to capture her using a large wool blanket.

The officers then transported the eagle to the University of Missouri’s Raptor Rehabilitation Project for treatment and observation. There, veterinarians found two shotgun pellets in the bird’s wing, Ernst old ABC.

Ernst says it’s unclear when the eagle was shot, but she believes it was wondering around injured for at least a few days.

The Missouri Department of Conservation is investigating the shooting.

While bald eagles are no longer on the list of endangered species, the national birds are still protected by the Bald and Golden Eagle Protection Act. Those who violate the act could face a maximum penalty of one year in prison and $100,000 fine, according to the U.S. Fish and Wildlife Service.