Van has been linked to murder of an Uber driver 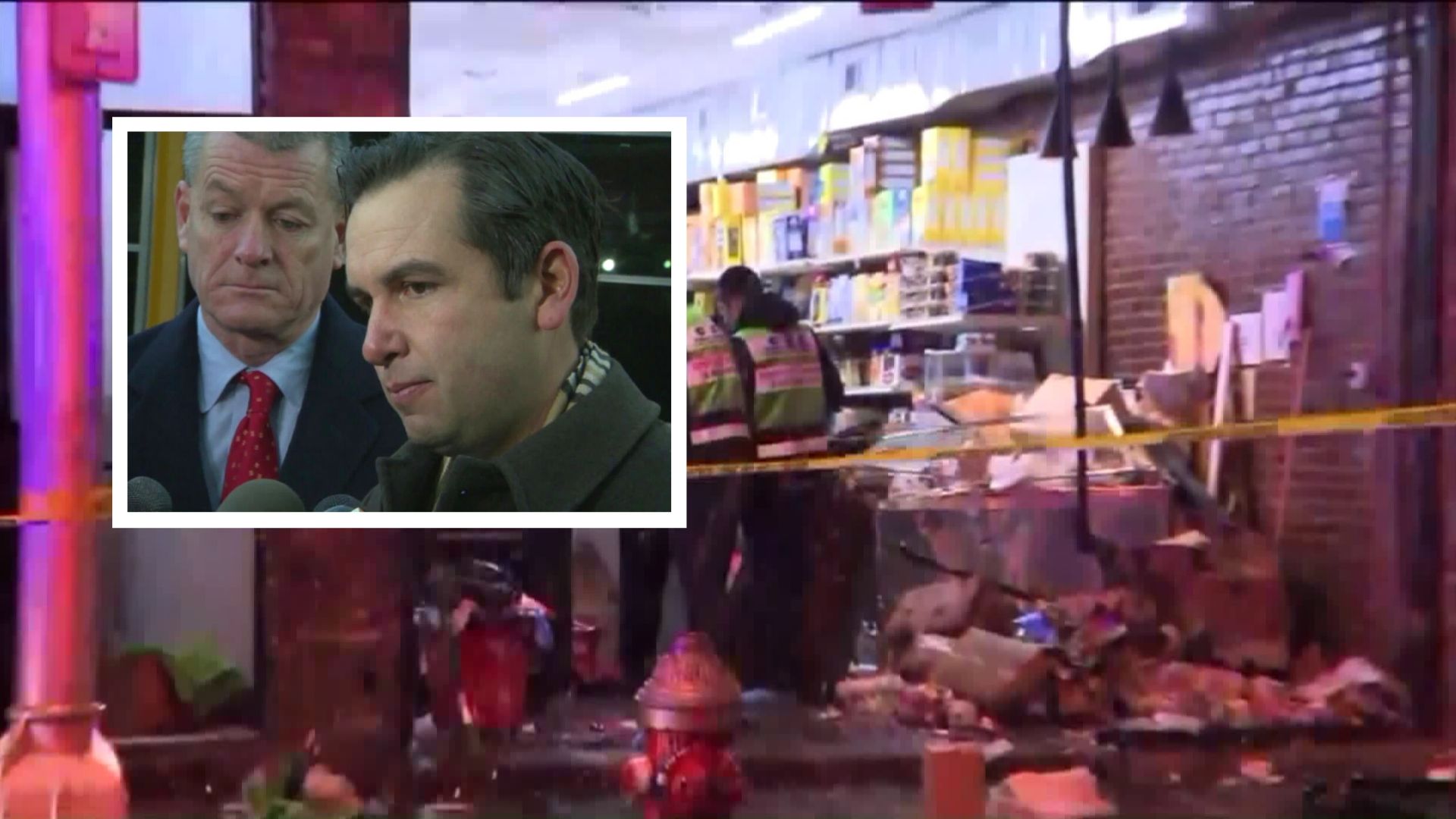 Jersey City Mayor Steven Fulop and Public Safety Director James Shea said Thursday that investigators are looking into whether or not the two suspected gunmen in Tuesday's deadly shooting might also have targeted a synagogue next door to the market where 40 students were. Officials said the damage could have been much worse had nearby police not responded and intervened, which they believe forced the two shooters into the market, where they were holed up for hours in a standoff with authorities. 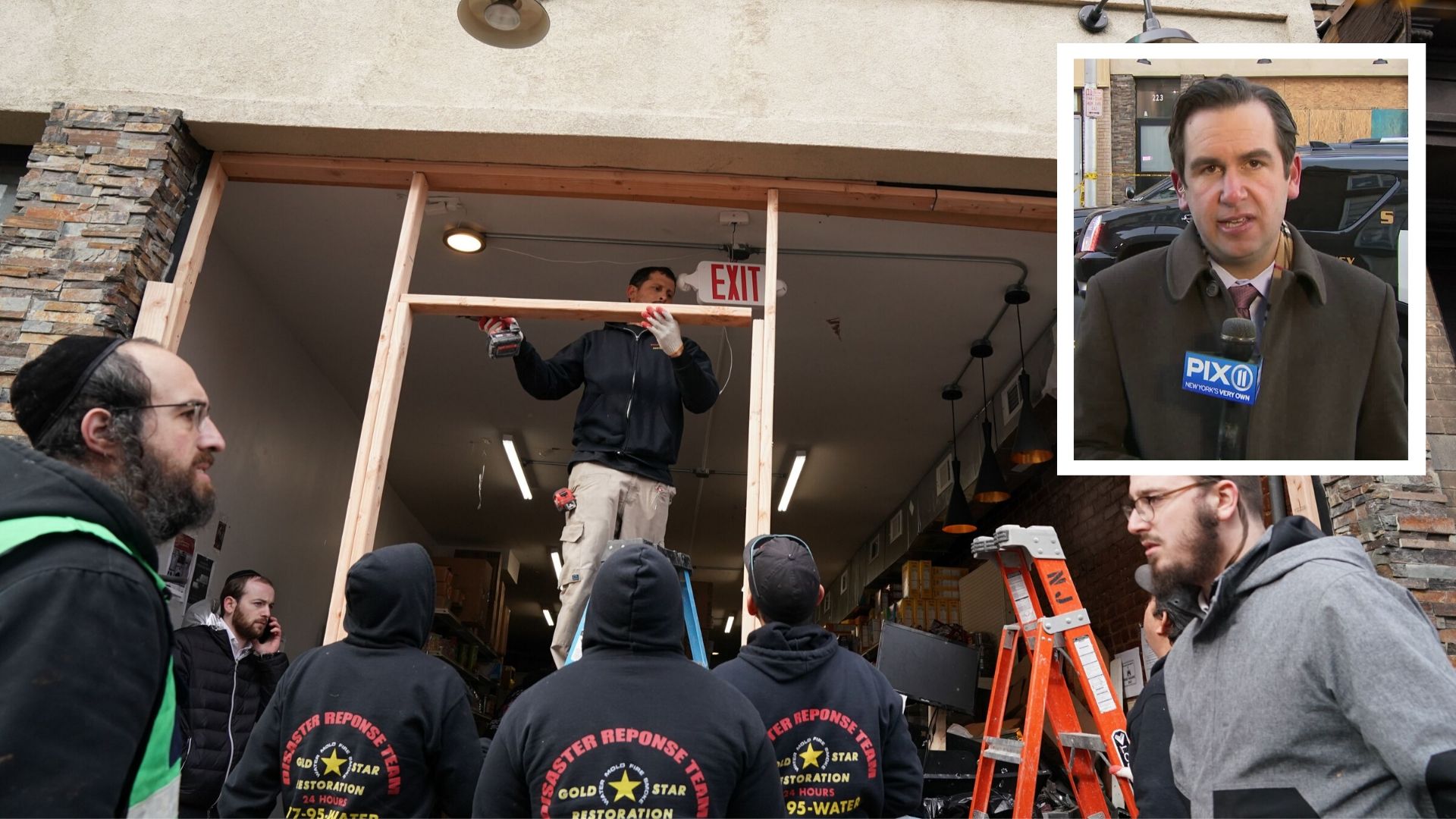 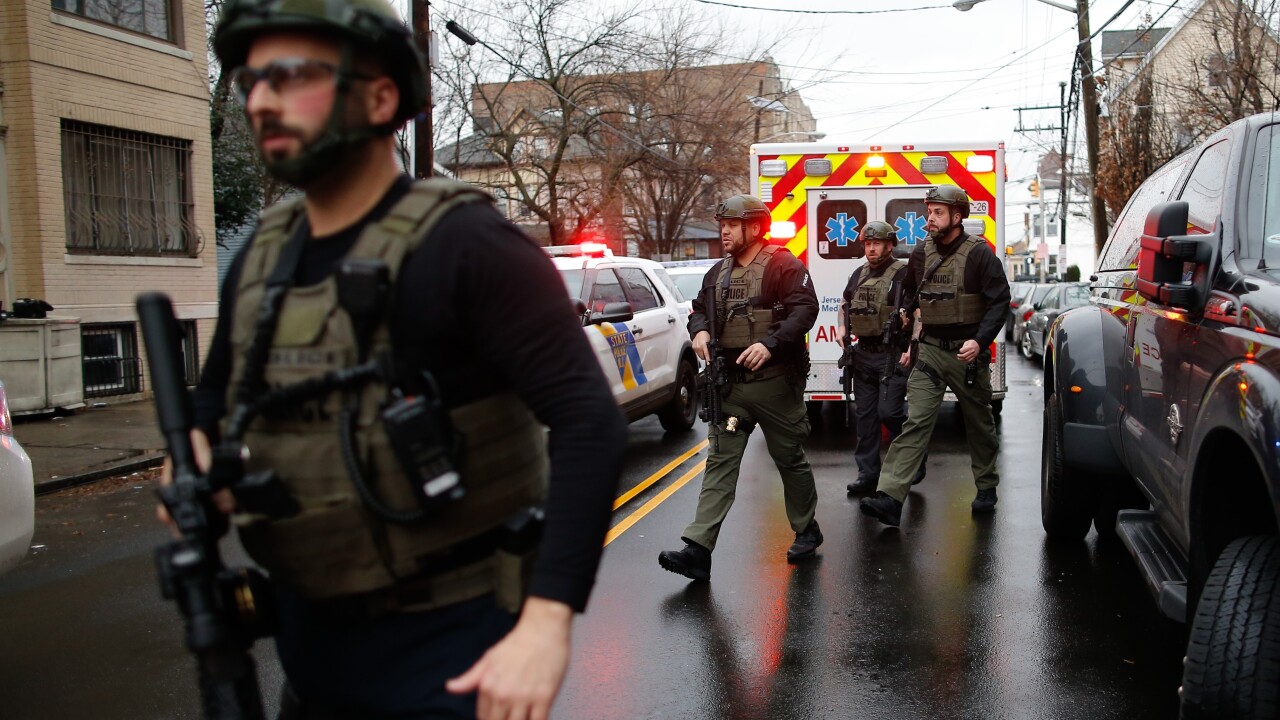 JERSEY CITY, N.J. — The FBI confirmed Wednesday that a pipe bomb was found in a U-Haul van driven by the suspects accused of killing four people — including a police officer — in Jewish Market in Jersey City on Tuesday.

David Anderson — who sources say served in the U.S. Army — and Francine Graham killed a police officer Tuesday after he confronted the pair about the U-Haul, which has been linked to an Uber driver's murder in Bayonne, New Jersey. After shooting the officer, Anderson and Graham murdered three bystanders in the market before being killed in a shootout, police say.

Jersey City's says the mass shooting could have been much worse.

"I feel 100% comfortable in saying that it's a hate and domestic terrorism...when more and more information comes out over the next few days, I think it's going to be very apparent that they had intent of murdering more than three people," Jersey City Mayor Steven Fulop said Thursday.

"We are working to learn more about the shooters' motivations, and whether anyone besides the two gunmen may have been involved," New Jersey Attorney General Gurbir Grewal said Wednesday.

The New York Post reported Anderson left behind a handwritten hate-filled note in the stolen U-Haul van the duo drove up to the market Tuesday, writing that his "creator" made him do it.

Officials are looking into whether the duo intended to inflict even more damage and bloodshed. Right next door to the market was a synagogue yeshiva with 40 students inside at the time of the attack, officials said.

"They pulled up on this block, they went into that store...right next door were another 40, children. So, it's horrifying to think, had they just went left instead of right into the doorway," Jersey City Public Safety Director James Shea said at a news conference Thursday morning.

This story was originally published by Anthony DiLorenzo and Mark Sundstrom on WPIX in New York City.