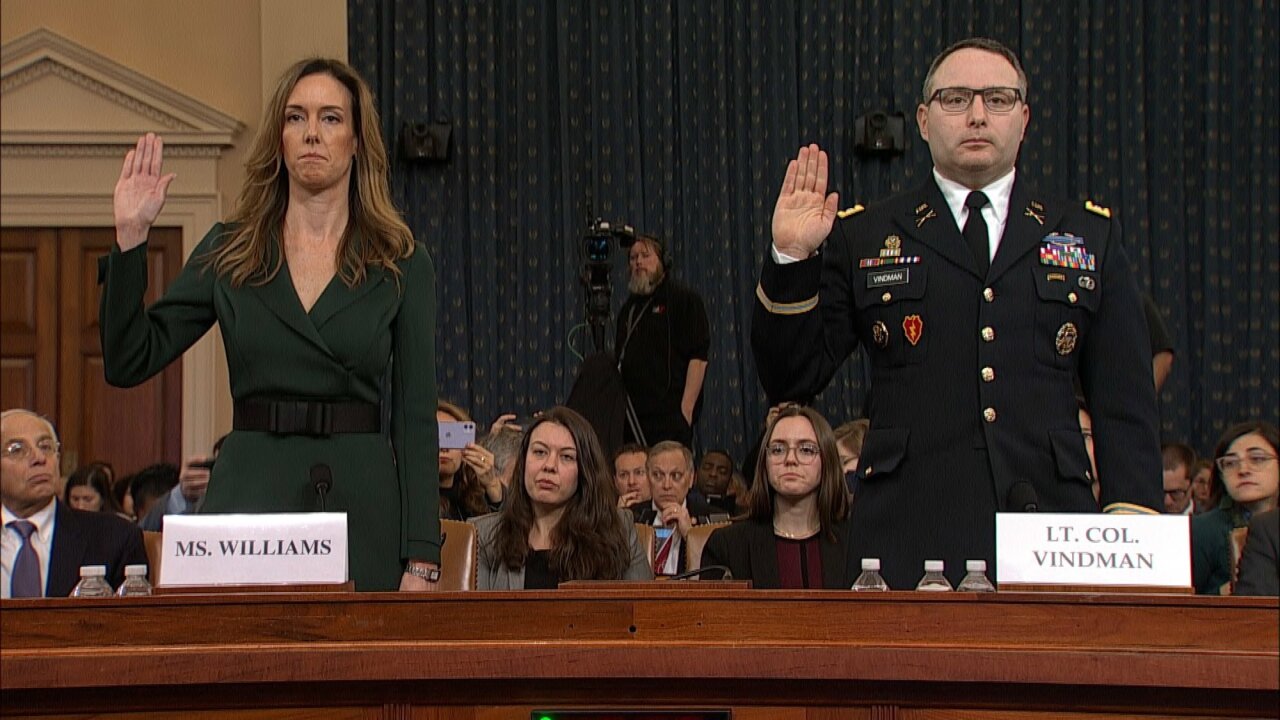 Most Americans say they're keeping an eye on the televised impeachment hearings -- but that doesn't mean they're open to changing their minds about what they mean, according to new polling.

A majority of Americans say they've been paying close attention to the impeachment inquiry: 63% say so in a new NPR/PBS/Marist poll and 58% in an ABC/Ipsos poll .

But just because they're tuning in doesn't mean you can expect them to change their minds on whether President Donald Trump should be impeached. Most respondents to both polls say they've made up their minds on impeaching Trump, regardless of what is actually said at the hearings.

Almost two-thirds say they can't imagine any information or circumstances that would change their minds about impeachment during the hearings, according to the NPR/PBS/Marist poll. Meanwhile, 30% say they could imagine changing their minds.

The ABC/Ipsos poll showed a portion of Americans who locked in their thoughts even before the hearings came into play: 32% say they made up their minds before news on Trump and Ukraine even emerged.

Overall, Americans are still very divided on impeachment -- the NPR/PBS/Marist poll found 47% of adults support impeachment, while 45% oppose it. The poll found roughly the same level of support when asked about removing Trump from office: 45% want Trump impeached and removed, 44% oppose impeachment and removal.