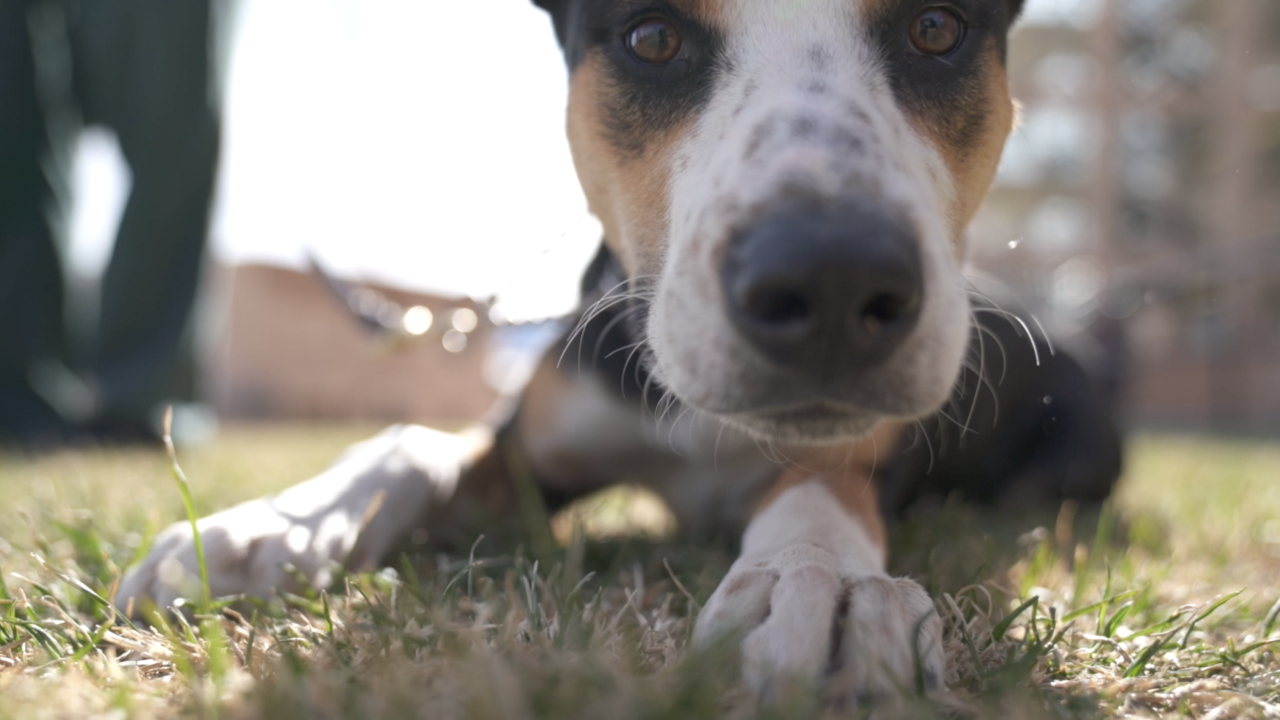 CAÑON CITY, Colo. – Thousands have come through the gates of the Colorado Territorial Correctional Facility. But what happens when they walk out? The prison has dozens of programs meant to help the inmates become valued members of society. One program – involving dogs – is called the Prison Trained K-9 Companion Program.

Lawrence Trujillo and Zachery Montoya are master dog trainers. They've have been training dogs at the corrections center for five years.

“We are with these dogs seven days a week, 24 hours a day,” Trujillo said.

They teach the dogs how to follow commands, and how to be on their best behavior. It’s a very coveted job.

“Some of these guys haven’t seen a dog in 20 years,” Montoya said.

However, getting into the program isn’t easy.

“In order to be considered they actually have to apply for the job. They have to meet certain criteria – they have to have a GED – because we’re required them to read information and process it. And they have to be on their best behavior documented for at least six months," K-9 supervisor Michele Wayland said.

According to Wayland, it takes about a year to achieve a master handler certification.

“We get a dog buddy, and we learn from a master trainer. We go through about 14 months of book work, we have tests in their monthly – hands on tests with the dogs as we progress as trainers – and we have to pass each one of those tests to become a master trainer,” Trujillo said.

The guys say they gain more than just life skills. They're also helping families who haven’t been able to effectively train their dogs.

“Coming to prison is not so fun, but being able to give something back is very rewarding,” Montoya said.

Since the program was created in 2002, inmates have trained nearly 13,000 dogs. A majority of them come from private families who help fund the program through boarding and training fees.

“There is no taxpayer dollar supporting this program, so we have to float our own boat,” Wayland said.

The program has seen a lot of success the past couple decades. Wayland says Colorado was one of the first, if not the first state to start K-9 training at prisons. Now, they're all across the country.

“There actually is a K-9 program in prisons in every state of the union,” Wayland said.

The positive results of the program can be seen in the inmates who are hired.

“I didn’t have a lot of skills before I came to prison, so this is something I could definitely I could take with me and do out there. There’s been many guys who have left and have been successful doing this one the streets,” Montoya said.

Whether working at a shelter, a kennel, or starting their own training business, both Montoya and Trujillo say they’d love to continue working with dogs once they get out of prison. It's something that wouldn’t be possible without the help of dog owners

“We would just like – probably as a team – to thank them for their support and appreciate the trust they have in us,” Trujillo said.