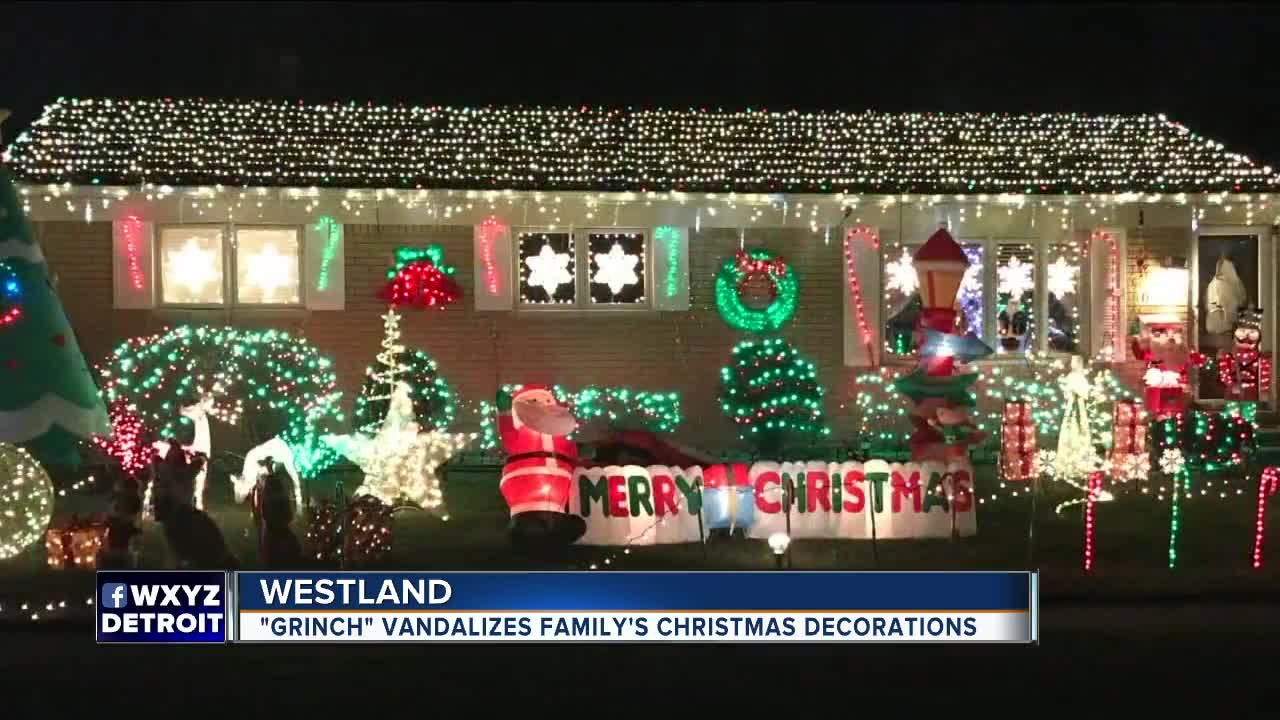 The hunt for a real-life Christmas Grinch is on in Westland. A family who decorates their home every year with shining bright lights and Christmas inflatables was vandalized overnight.

The hunt for a real-life Christmas Grinch is on in Westland, Michigan. A family who decorates their home every year with shining bright lights and Christmas inflatables was vandalized overnight.

The McCarthy family says they put out the Christmas display every year. They love the holiday season, and now a Grinch is trying to take that spirit away.

"I was very angry at first and then I got very upset and cried," said Carol McCarthy.

It’s not hard to miss the McCarthy home in Westland during the holiday season.

"People enjoy it," Carol said. "They come by, they like it. I get a lot of compliments on it and we do it because it just looks pretty."

A real life grinch trying to take the joy out of the holiday season. Destroying some Christmas inflatables and a 16ft Santa clause plus decorations at this home in Westland. Tonight the hunt for the person responsible and what the home owner is saying @wxyzdetroit pic.twitter.com/CS7CJVuC36

Every year they set up masterful decorations celebrating Christmas. But in the early hours of Tuesday morning, a Grinch vandalized the families hard work.

"You put a lot of time and effort into it and money and then for someone to just do that for no reason is just beyond why," Carol said.

The center piece of these decorations, which is a 16-foot Santa Claus inflatable, is now deflated after a hole was cut in it. Several candy canes were also smashed. The cost in damages is around $400.

"That’s all I want really, is just to find out who did it and why and make them pay for it," Carol said.

The McCarthy’s say it’s a shame people would try to ruin Christmas for others, but say people have come forward to help out.

"A lot of my neighbors have reached out to me and stoppped and gave me a card and asked if there’s anything they can do and how much they love it," she said.

If you have any information about who may have done this call Westland police.

This article was written by Alan Campbell for WXYZ.