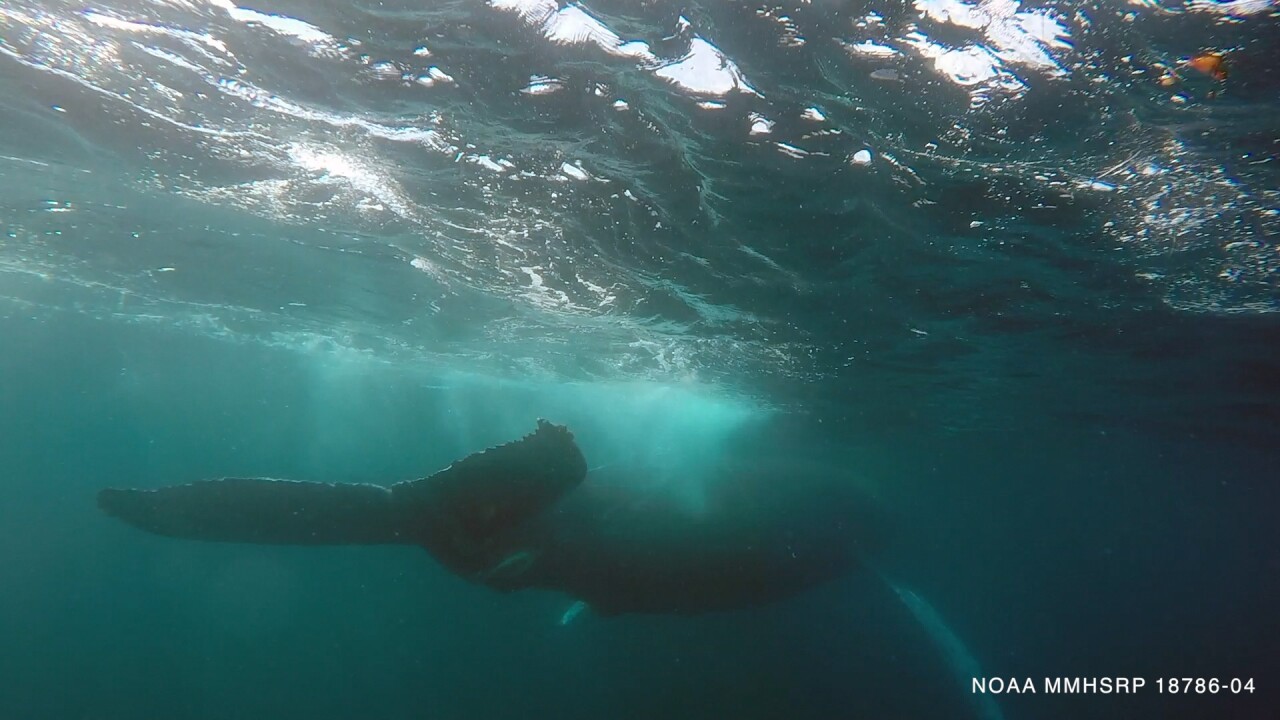 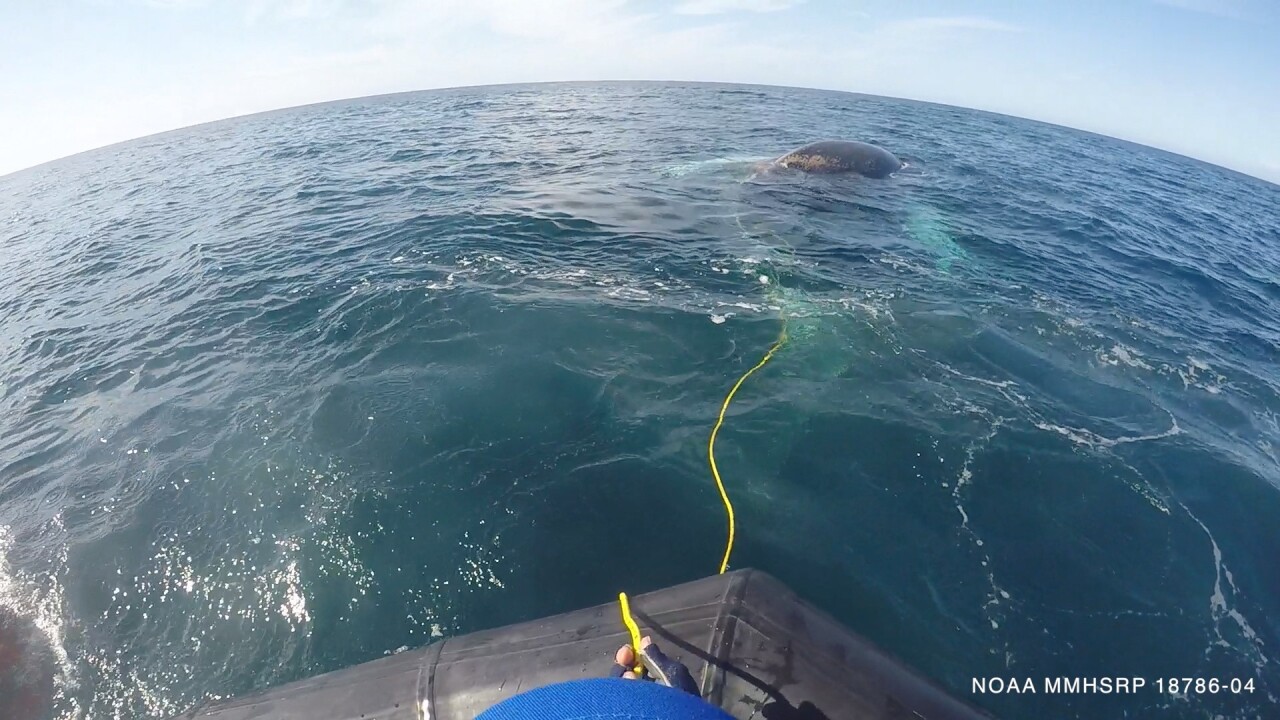 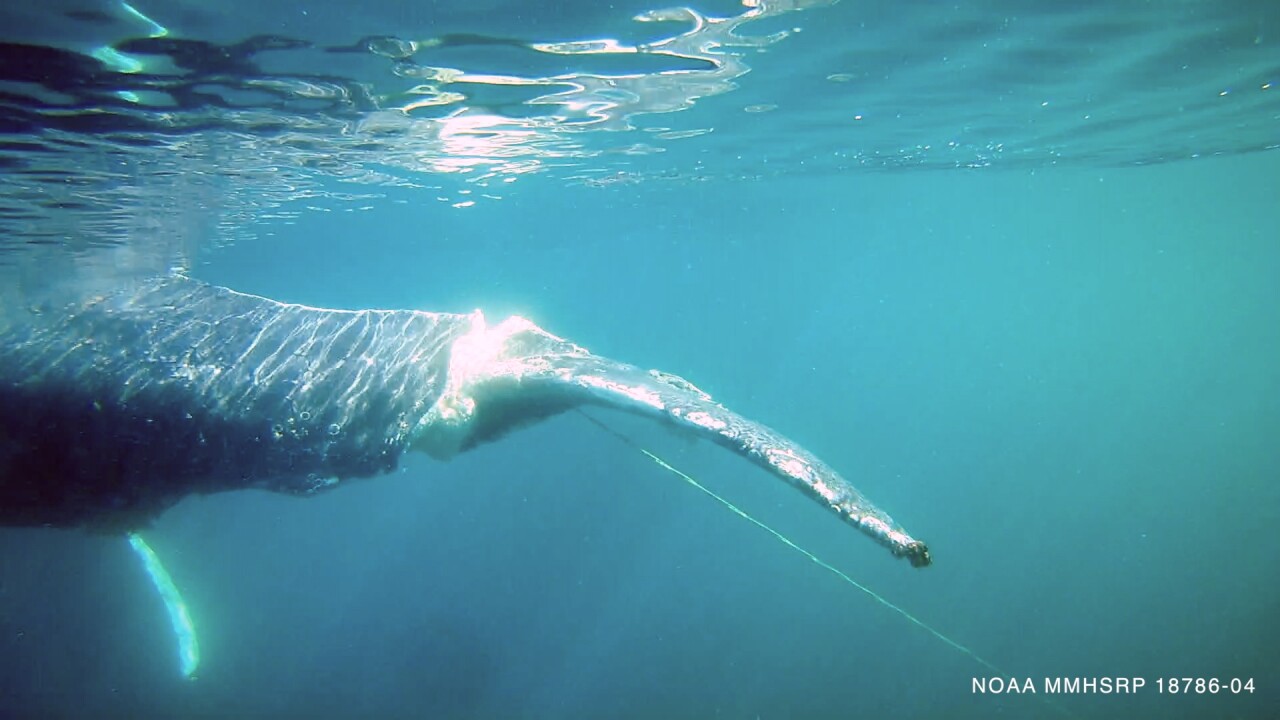 LA JOLLA, Calif. — It took a true team effort to help disentangle a humpback whale from a fishing net after it was spotted off the Southern California coast this week.

SeaWorld says the 35-foot whale was reported late Thursday by local birdwatcher Gary Nunn as it swam near the shore. Rescue team members traveled about one mile out from Scripps Pier on Friday to find the animal tangled in about 900 feet of rope and weighed down by six fishing traps.

"Lacking the ability to swim freely and forage for food, the whale would have died had it not been disentangled," SeaWorld said.

The organization says their rescue team has specific training for large-whale entanglement responses.

Of the more than 36,000 rescues SeaWorld crews have performed over the last 55 years, the company says more than 20,000 of those animals have been rescued by SeaWorld San Diego alone.

This story was originally published by Mark Saunders on KGTV in San Diego.