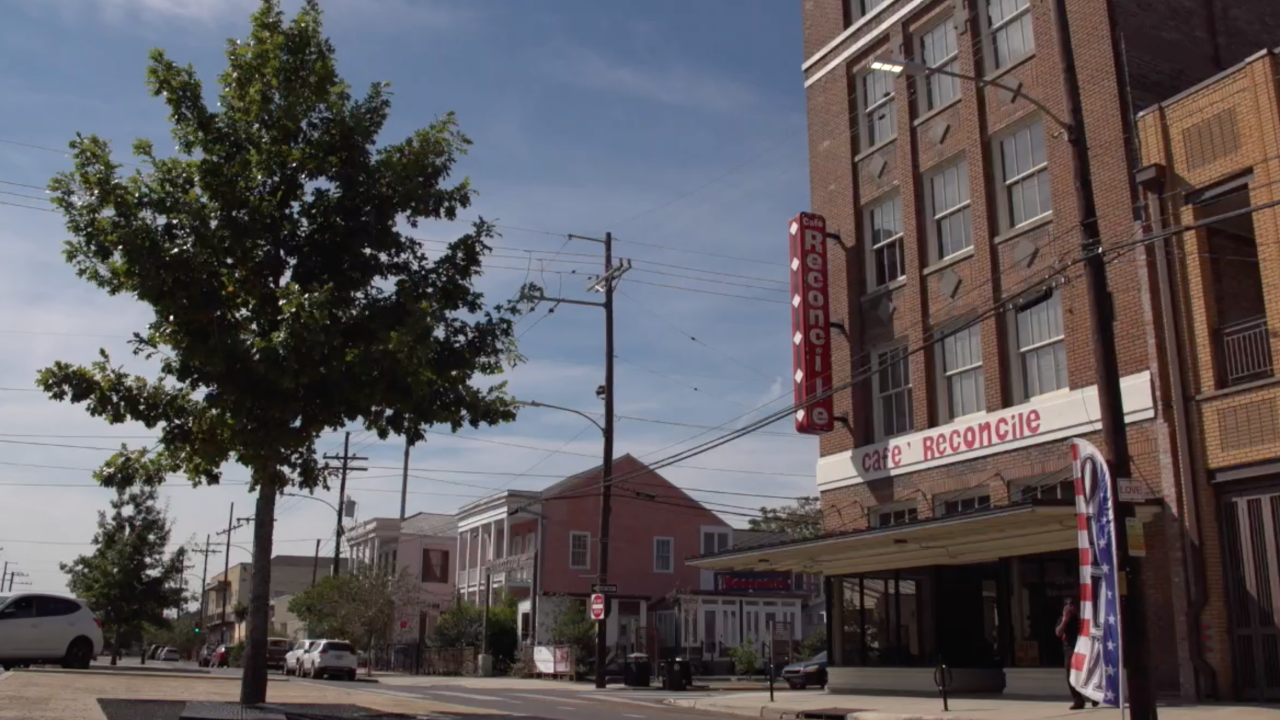 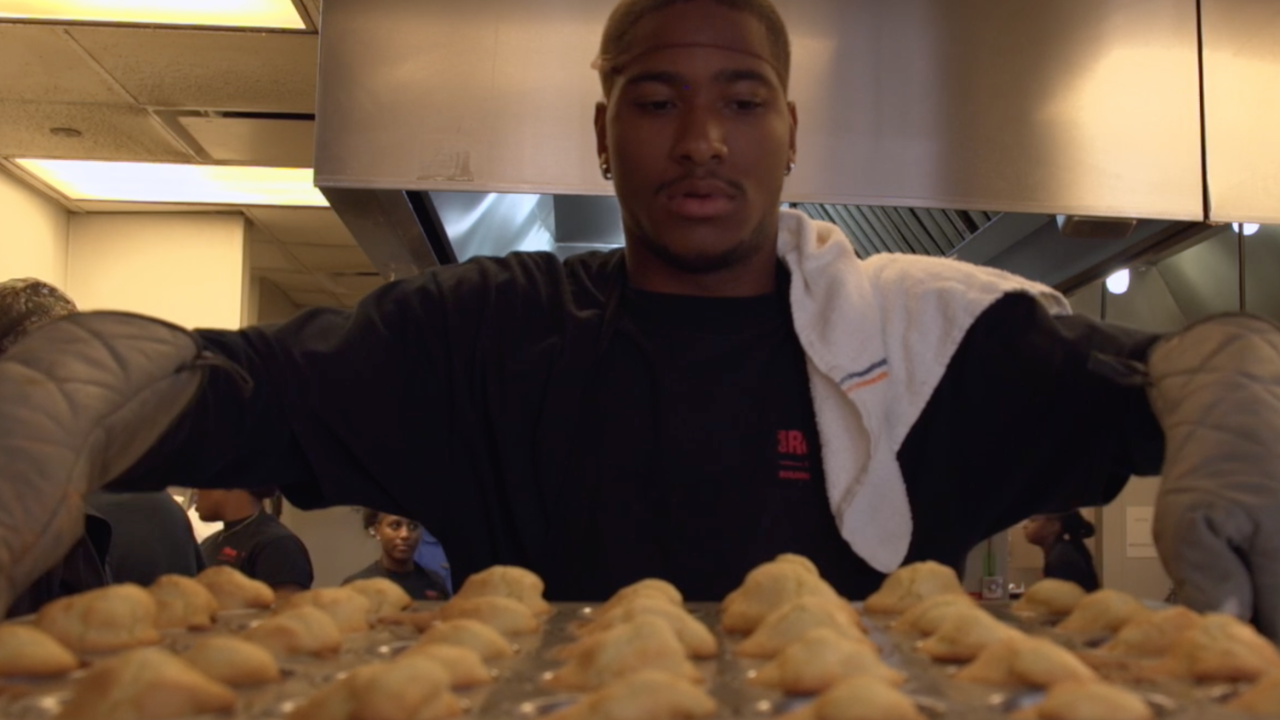 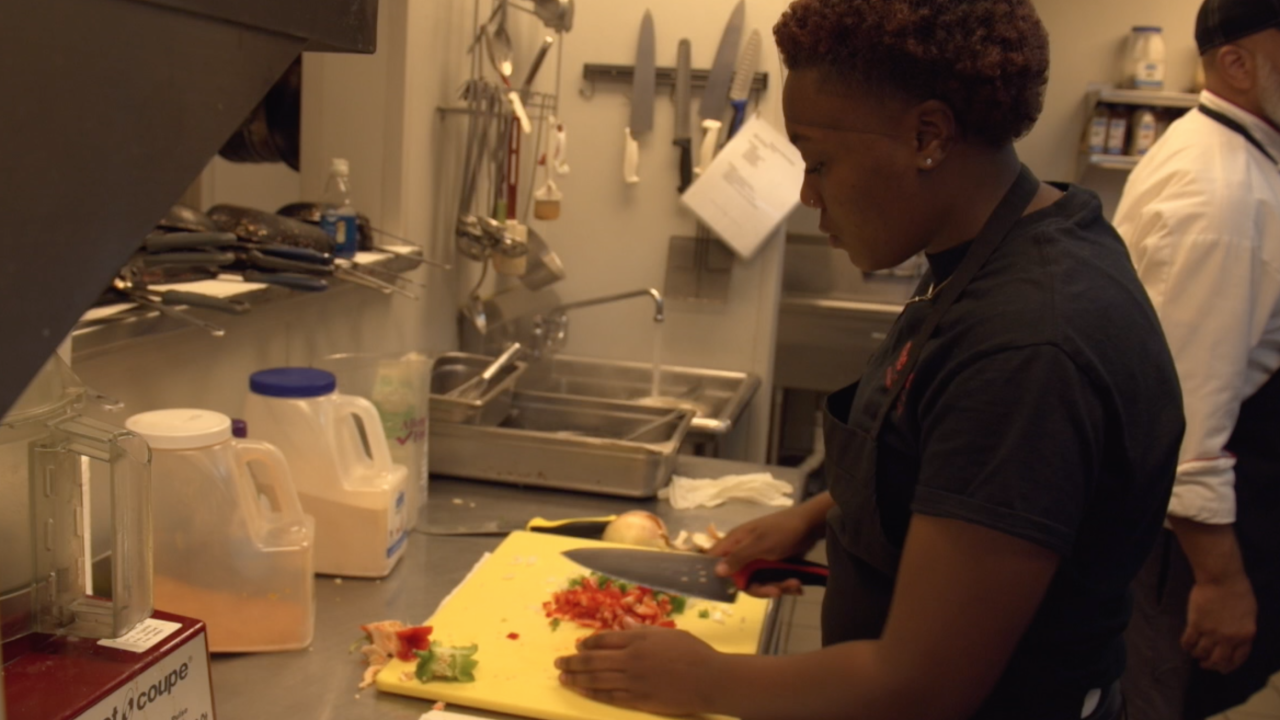 NEW ORLEANS, La. – Just before the lunch rush at one New Orleans restaurant, the hottest spot is the kitchen.

The place is Café Reconcile: a restaurant that caters to both customers and its employees.

“It’s not your typical job. It’s not the typical restaurant,” said Chef Eugene Charles Temple, Jr. “We come in here to change lives.”

The café specializes in teaching culinary skills to disadvantaged young people, by training them to take on all aspects of restaurant work.

It goes far beyond that, though. The café offers counseling and teaches classes on life skills – like how to open a bank account.

“No one’s forcing them to come here,” said Gerald Duhon, Executive Director of Café Reconcile. “They want a change in their life.”

“To be honest, you know, I wasn’t in a great situation,” Lott said.

Several years ago, he was facing mental health issues. Lott got help and eventually rose through the ranks at Café Reconcile to become a trainer to others dealing with similar circumstances.

“That was me a few years ago,” Lott said. “I barely know this young person, but to know their story resonates to my story so deeply, and in a way that, you know, we can share our experiences and grow together.”

Several thousand young people have graduated from Café Reconcile since it began more than two decades ago.

However, the issue of “disconnected youth” is not limited to New Orleans. A 2014 Tulane University study found that, across the country, there are 6.7 million disconnected youth, costing the U.S. economy $93 billion a year in lost tax revenues and needed social services.

“The way we look at it is our young people don’t have anything wrong with them,” Duhon said. “What they have that many young people do not have is support—and particularly support around the barriers that are in their life.”

It’s a support for which Ahmaad Lott says he’s grateful.

Lott has now also worked in a five-star restaurant in the French Quarter, following in the footsteps of thousands of others who found refuge at Reconcile.

To learn more about the work being done at Café Reconcile, click here .