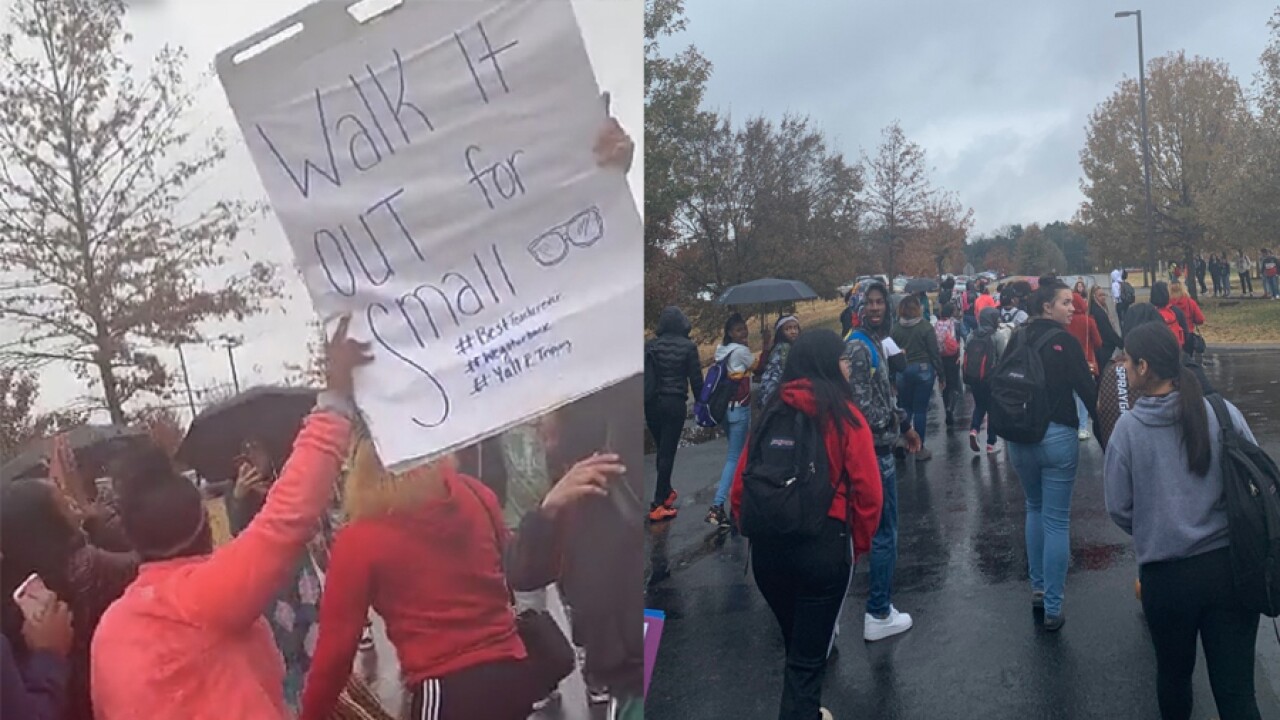 NASHVILLE, Tenn. — Several students staged a walkout Friday to support a metro Nashville teacher who assigned homework that some parents considered to be inappropriate.

The English teacher at Cane Ridge High School in Antioch, Tennessee, was placed on leave after an assignment sparked conversation about race and how to handle tough subjects in the classroom.

The homework in question was assigned to 30 students as they discussed "Fences," a play and film adaptation exploring the topic of race as a father struggles to provide for his family. The handout given to students asked them to write a one-page paper on a derogatory term, the "n-word," and asked them to answer several questions, including how the word is racist and how it is used.

In the assignment provided by a parent to WTVF, the term was spelled out. The play uses the language frequently.

Since the incident, a student started an online petition showing support for the teacher. The student said the teacher is "being persecuted for trying to prepare us for the real world by gifting us with the ability to think critically."

On Friday, students continued their support by walking out of their classrooms.

The teacher involved has been with Metro Nashville Public Schools since 2015 and received no disciplinary actions in the past. MNPS spokesperson Sean Braisted said the assignment has been retracted and canceled.

This story was originally published by Laken Bowles on WTVF.