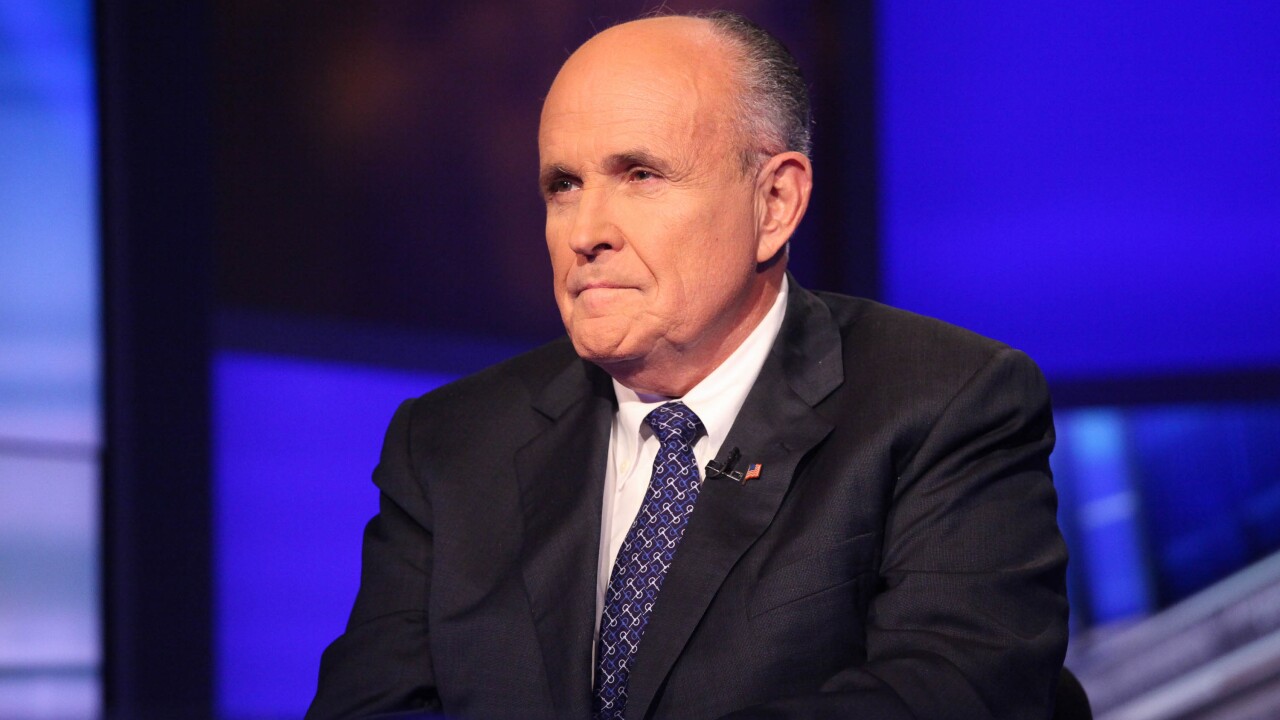 Federal prosecutors investigating associates of Rudy Giuliani have launched a broad investigation that could include criminal charges ranging from conspiracy, obstruction of justice, campaign finance violations and money laundering, according to a subpoena sent to at least one witness and seen by CNN.

The grand jury subpoena describes the range of charges that are being considered and appears to signal that prosecutors are also looking at the associates' relationship with the President's personal lawyer and specifically Giuliani's business . The Wall Street Journal first reported the subpoena.

The broad range of charges encompassed in the subpoena include conspiracy to defraud the US, acting as an unregistered foreign agent, obstruction of justice, making false statements to federal officials, wire fraud, money laundering and violations of federal election laws that prohibit the use of straw donors and foreign money in US elections.

Giuliani has not been accused of any wrongdoing. He has previously told CNN he has not heard from prosecutors.

Costello added they have not received a subpoena or request for documents from prosecutors.

CNN reported last week that prosecutors with the US Attorney's Office for the Southern District of New York and the FBI have interviewed several witnesses and subpoenaed fundraisers and donors with ties to President Donald Trump as part of the investigation.

Last month Lev Parnas and Igor Fruman, Giuliani's associates, were indicted on campaign finance charges for allegedly using a shell company, Global Energy Producers, to disguise that they were behind a campaign donation made to America First Action, a pro-Trump super PAC. Parnas and Fruman have pleaded not guilty to the charges.

Giuliani has publicly acknowledged he was paid $500,000 by Parnas' company, Fraud Guarantee, for legal work, but he has declined to provide details about the precise services for which he was being paid.

An attorney for a wealthy Republican donor named Charles Gucciardo told CNN that Gucciardo actually paid Giuliani's firm on behalf of Parnas' company. The lawyer, Randy Zelin, characterized Gucciardo's payment as an investment in Parnas' company. Zelin said Gucciardo was motivated by business, not politics. Gucciardo has not been accused of any wrongdoing. Zeldin declined to comment on whether he was contacted by prosecutors.

Prosecutors have subpoenaed other individuals who Parnas pitched to invest in Fraud Guarantee, according to people familiar with the investigation.

The former New York mayor has faced a wave of questions about his work for Trump following the release of a whistleblower complaint that alleges Trump abused his official powers "to solicit interference" from Ukraine in the 2020 election and that the White House took steps to cover it up. Trump has denied any wrongdoing.

Since the release of the complaint, Giuliani has emerged as a central figure in the controversy through the testimony of many witnesses in the House impeachment inquiry. Giuliani complicated official US policy in Ukraine by going through irregular channels to pressure Ukraine to announce an investigation into former Vice President Joe Biden and his son Hunter.

US Ambassador to the European Union Gordon Sondland told lawmakers last week that there was a quid pro quo for Ukraine to announce investigations into Trump's political opponents, which came from Giuliani at the "express direction of the President." Trump repeatedly told diplomats to talk to GIuliani regarding Ukraine.

Giuliani has previously told CNN he has "no knowledge of any of that crap" in the whistleblower complaint and distanced himself from Sondland.