UPDATE: Suspect arrested in Mormon family attack now not believed to be involved 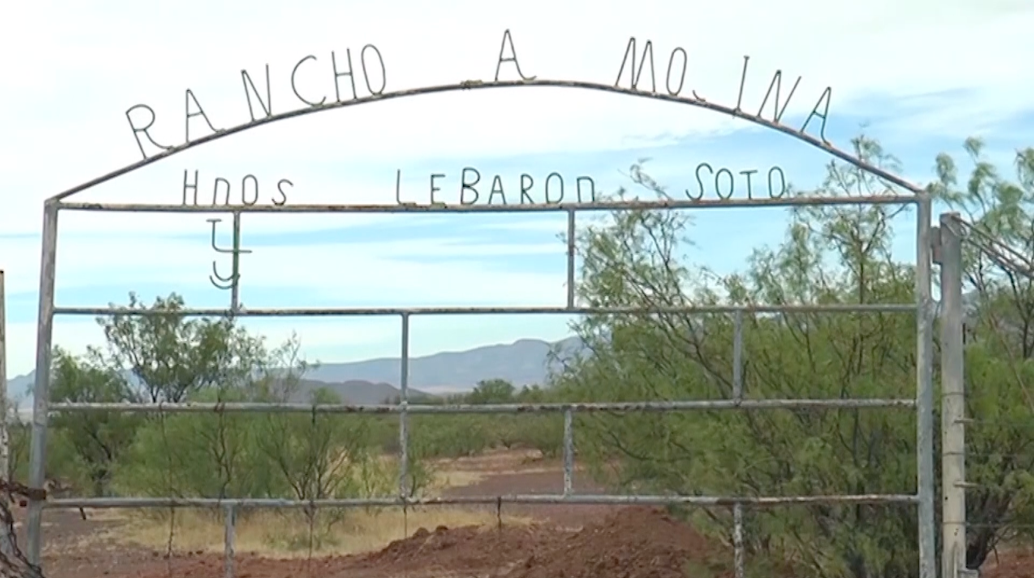 One person is in custody in connection with an attack that left nine family members dead near the U.S.-Mexican border. 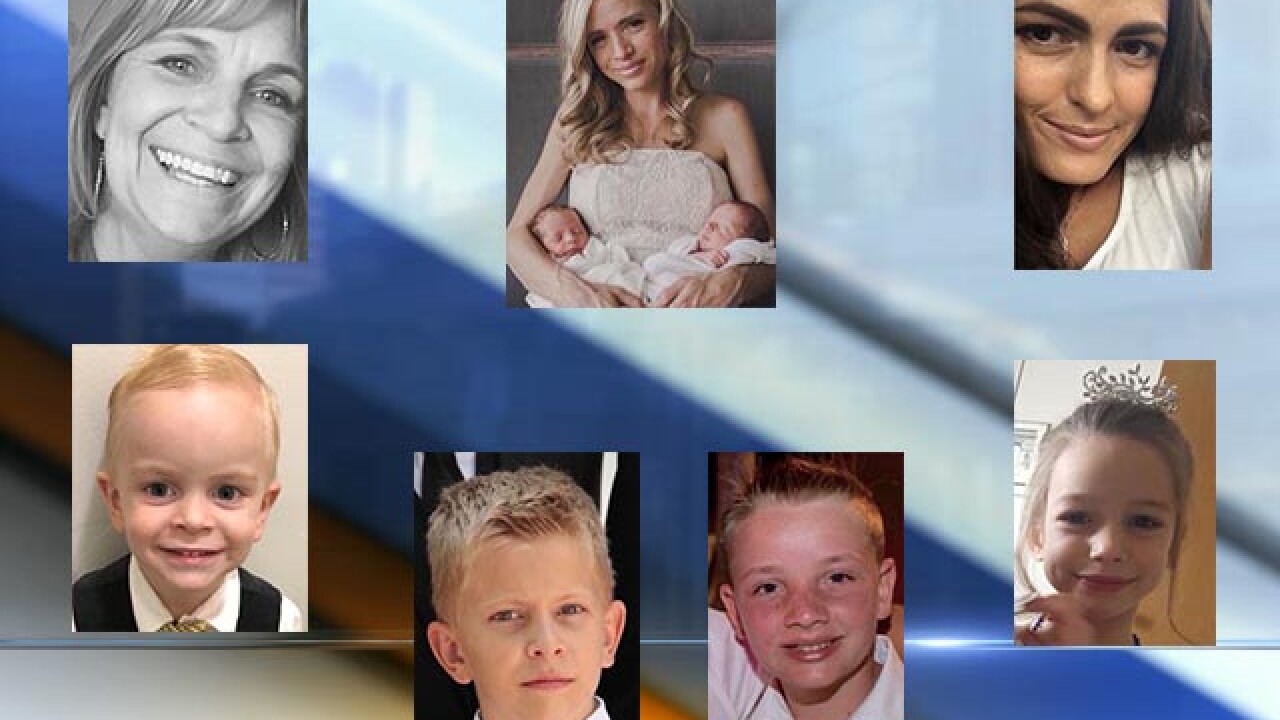 Mexican authorities say they now believe the suspect previously arrested in connection with the Mormon family attack was not actually involved .

A suspect has been arrested in the massacre of nine family members from a Mormon community on the Mexican side of the border with the United States, Mexican authorities said Tuesday.

The Ministerial Agency for Criminal Investigations (AMIC) said it has detained an individual who was holding two bound and gagged hostages in the hills of Agua Prieta in the state of Sonora.

The suspect had several rifles and a large amount of ammunition, including a number of large-caliber weapons, the agency said in a statement posted to its official Facebook page.

The arrest comes just a day after women and children were brutally attacked by criminal groups while driving near the US-Mexico border, Mexican authorities said. The victims appear to be a fundamentalist sect separate from the mainstream Church of Jesus Christ of Latter-day Saints.

Three women, four small children and two infants -- all dual US-Mexican citizens -- were killed in their vehicles Monday, according to family member Alex LeBaron. The victims and eight surviving children were ambushed by criminal groups Monday evening while traveling between the states of Sonora and Chihuahua, Mexican authorities said.

The Attorney-General for the neighboring state of Chihuahua, Cesar Peniche Espejel, confirmed the arrest in an interview with Mexico's Imagen Radio on Tuesday, but could not confirm details of the suspect's involvement. "We are waiting for some more intelligence in order to issue an official statement," he said.

Peniche Espejel said he believes the newly-formed "Los Jaguares" cartel, an off-shoot of the Sinaloa cartel, may be behind the massacre. But earlier Tuesday, a US official said a rival cartel called La Línea is under focus.

The family may have been targeted

The LeBaron family had a history of conflict with Mexican drug cartels, which indicates that they may have been targeted, former Mexican Foreign Minister Jorge Castañeda told CNN on Tuesday evening.

"Cartels have taken too many of our family members," said family member Kendra Lee Miller, adding those killed Monday were "not the first."

Miller told CNN her family has recently been threatened by cartels over where it can travel.

"They had stood up to the drug cartels and they did have certain frictions either with the cartels or with neighboring communities over water rights," Castañeda said.

Castañeda was Mexico's foreign minister for three years and left office in early 2003.

"Their long-standing tensions, and apparently the woman who was driving in the first car that was attacked was an activist. She was someone who was very active in her community, defending her family, her fellow members of the community against cartels, on the issue of water rights," Castañeda said, describing one of the three women killed, without naming her.

The former minister also said the larger LeBaron community had been receiving the protection of 90 federal police stationed around the community since 2011 because of tensions between the family and cartels.

That protection was withdrawn to some extent by the current government earlier this year, according to Castañeda. It's unclear whether all 90 policemen were withdrawn or just some of them, he added.

In a news conference earlier Tuesday, Mexican Security Minister Alfonso Durazo said the attack may have been a case of mistaken identity of "conflicting groups in the area."

But Castañeda told CNN that he finds that theory unlikely, especially as two cars in two different locations carrying members of the same family were attacked in the same manner.

Each of the three cars held mothers driving their children to see family: one to pick up her husband, another to meet her husband and move to North Dakota and the third to visit family in the neighboring state of Chihuahua, said Kendra Lee Miller.

At one point, one of the cars got a flat tire, Kendra Lee Miller said. The driver, Miller's sister-in-law Rhonita Maria Miller, left the car behind and went back with the others to get another family car to continue the drive.

Kendra Lee Miller said her brother Andre was on the mountain road near La Mora when he saw a fire in the distance where the caravan of three cars was attacked.

"My brother was fixing Rhonita's broken-down vehicle, saw a fire, didn't think anything of it," Kendra Lee Miller said.

"Then (he) saw the explosion, went to check it out, saw it was my mother's vehicle, full of bullet holes, completely ablaze," she said.

"My dad, Andre and couple of uncles and relatives went to check up on the vehicle. All they found was charred remains, ash and bones," Kendra Lee Miller said.

"There were remains inside and outside of the vehicle."

A family member said a 13-year-old boy who was unharmed in the attack walked about 14 miles for help , after hiding his bleeding siblings in the bushes and covering them with branches.

Seven children injured in the ambush were flown from Mexico to Douglas, Arizona, for transport to Tucson hospitals, LeBaron said.

The Mormons who were attacked appear to be members of a sect that is separate from the mainstream Church of Jesus Christ of Latter-day Saints, an LDS church spokesman said.

"We are heartbroken to hear of the tragedy that has touched these families in Mexico," spokesman Eric Hawkins told CNN. "From what I can tell, these were members of a polygamist sect, and not members of the Church of Jesus Christ of Latter-day Saints."

Family members describe themselves as part of a Mormon community of about 3,000 members, living in their own agricultural community in Mexico.

Generally, the community is fundamentalist. One of the victim's relatives said some members practice polygamy.

Despite some differences between individual beliefs, "we are a massive family," Langford said.

"We love and support each other no matter what our individual beliefs. I've never seen such a strength of unity and love in a family as large as ours. This is the tragedy of our lives."

A region marred by violence

In 2009, a member of the LeBaron family living in Chihuahua state was abducted and returned unharmed a week later. His brother, Benjamin LeBaron, became an anti-crime activist but he and his brother-in-law were killed two months later.

The number of killings in the country has soared recently.

Last year, Mexico witnessed its highest number of homicides -- 33,000. And 2019 is on course to break that record.

Just last month, 13 Mexican police officers were killed in an ambush in the western state of Michoacan.

Now, grief from the latest high-profile massacre has spread across two countries.