Greta Thunberg, a 16-year-old climate activist from Sweden, spoke in front of the United Nations and scolded world leaders for their inaction on climate change. "You have stolen my dreams and my childhood with your empty words — and yet, I'm one of the lucky ones. People are suffering, people are dying." 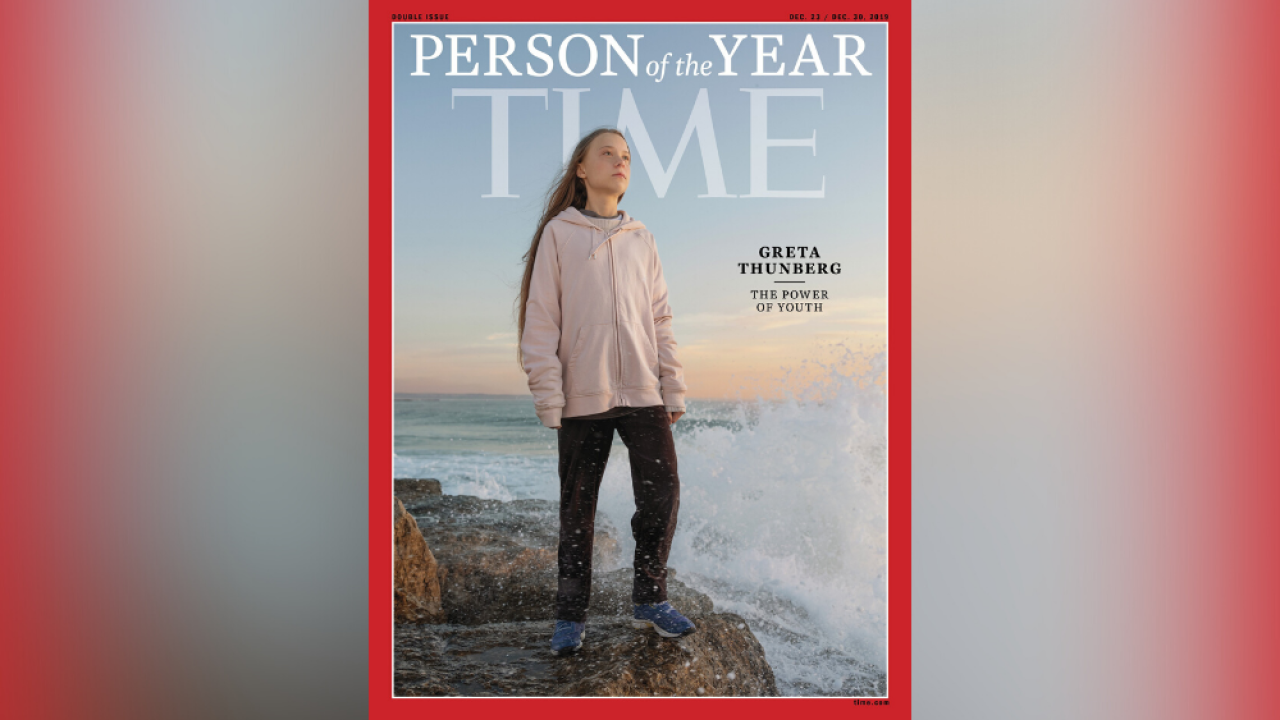 Time magazine has chosen Greta Thunberg, a Swedish climate crisis activist, as person of the year.

Each year, the magazine features the most influential person, group, movement or idea of the previous 12 months. Last year, it was "The Guardians," a group of journalists who have been targeted or assaulted for their work. In 2017, it was "The Silence Breakers," the group of people who came forward to report sexual misconduct. Past Persons of the Year include Adolf Hitler, Ayatollah Khomeini and Joseph Stalin.

Time editor Ed Felsenthal unveiled the Person of the Year on the "Today" show on Wednesday.

The shortlist this year included Donald Trump, Nancy Pelosi, The Whistleblower and the Hong Kong protestors.