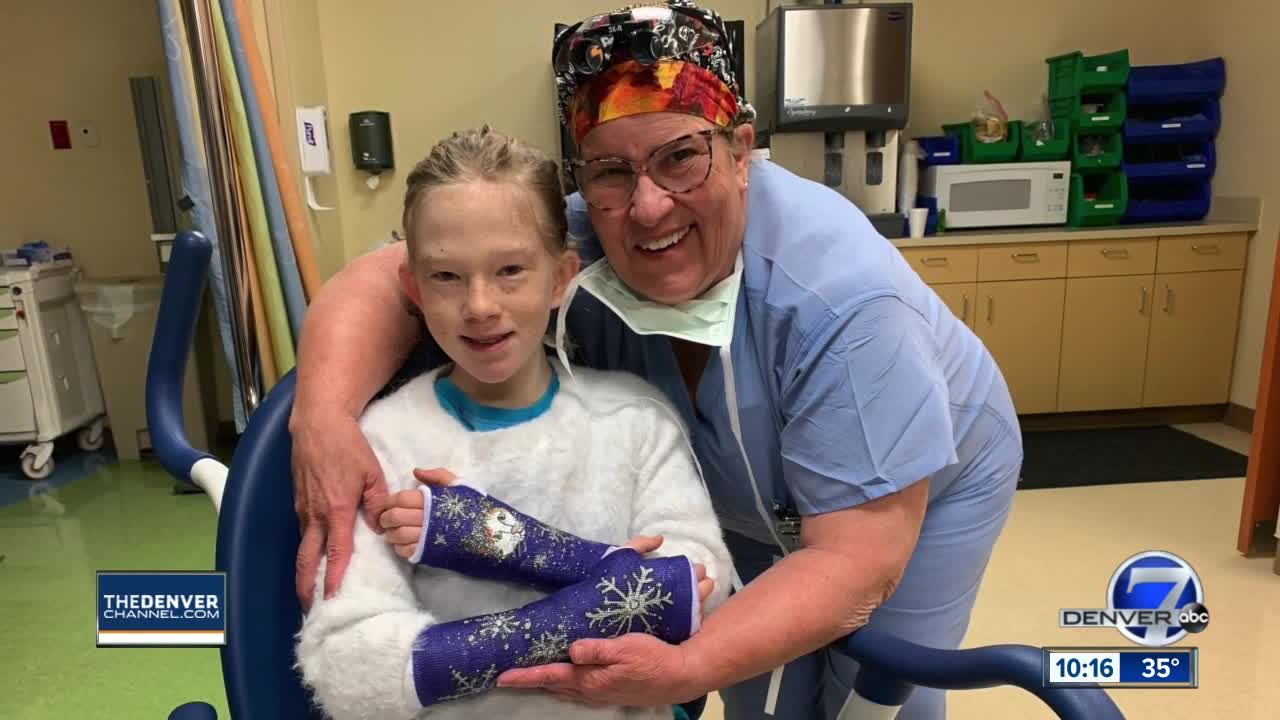 One surgeon at the Rocky Mountain Hospital for Children is doing her best to help pediatric patients deal with having surgical procedures: by turning their post-surgery casts into personalized pieces of art. 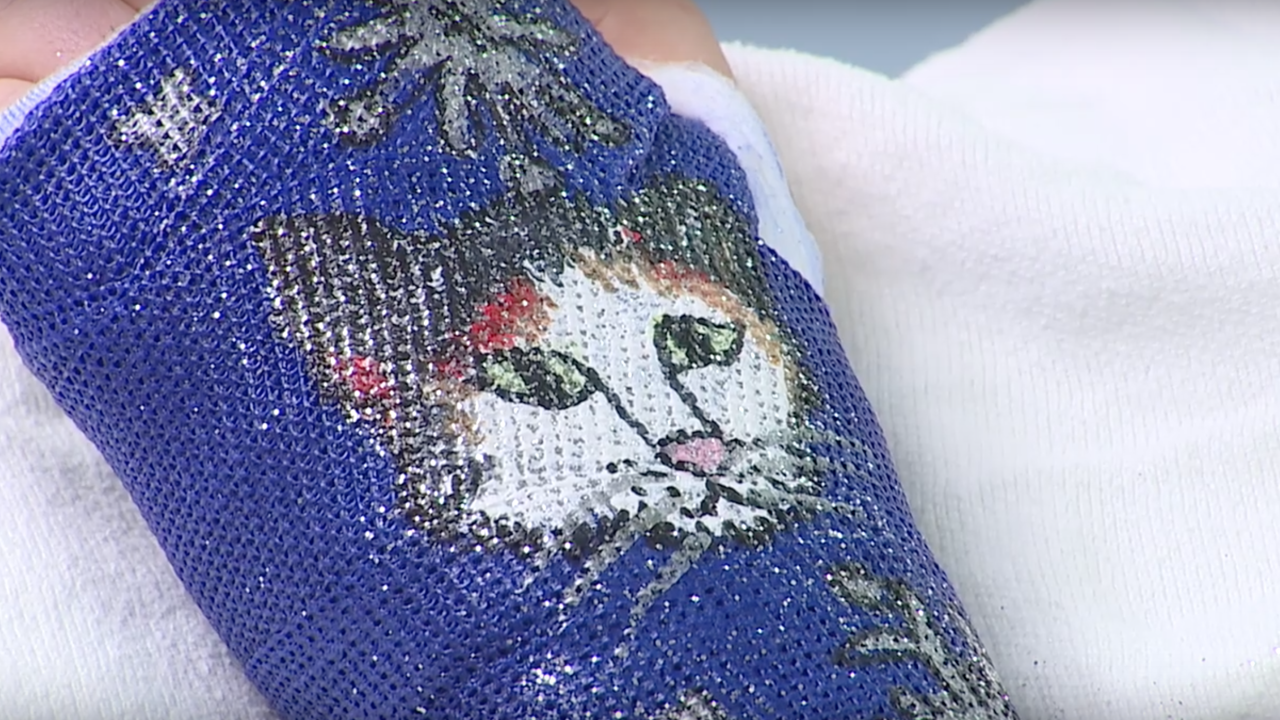 DENVER, Colo. — One surgeon at the Rocky Mountain Hospital for Children is doing her best to help pediatric patients deal with having surgical procedures: by turning their post-surgery casts into personalized pieces of art.

“What I’ve found is that it gives my little patients something else to think about besides the fear of having surgery,” Dr. Laurel Benson said.

Benson is skilled in repairing joints and muscles, but also with the permanent marker and glitter paint. Since 2005, she’s been making plaster personal for her pediatric patients.

“I want it to be functional but also pretty. To have a cosmetic effect that makes it look good,” she said.

KMGH caught up with Dr. Benson as she performed double wrist surgery on an 11-year-old girl, and then drew on both casts.

“So her kitty’s name is Mango,” Benson said, as she used white-out and permanent marker to draw the green-eyed feline.

“To just have that extra little, like, touch on the cast. Something to make you smile, it helps,” a prior young patient said enthusiastically.

The patients recognize how it helps, and so does the doctor/artist behind them.

“When it’s all said and done and they’re out in the community, it tends to be a little more about, ‘Wow, what a cool cast’ instead of, ‘What was wrong with you?’” Dr. Benson said.

She finished snowflakes on one cast and the kitten on the other, both with glitter, just in time for her patient to wake up in the recovery room.

“Glitter makes everything better,” she said.

To watch the transformation from cast to art piece, click on the video above.

This story was originally published by Jason Gruenauer at KMGH.