Things to consider when getting a tattoo

The dangers of tattoos 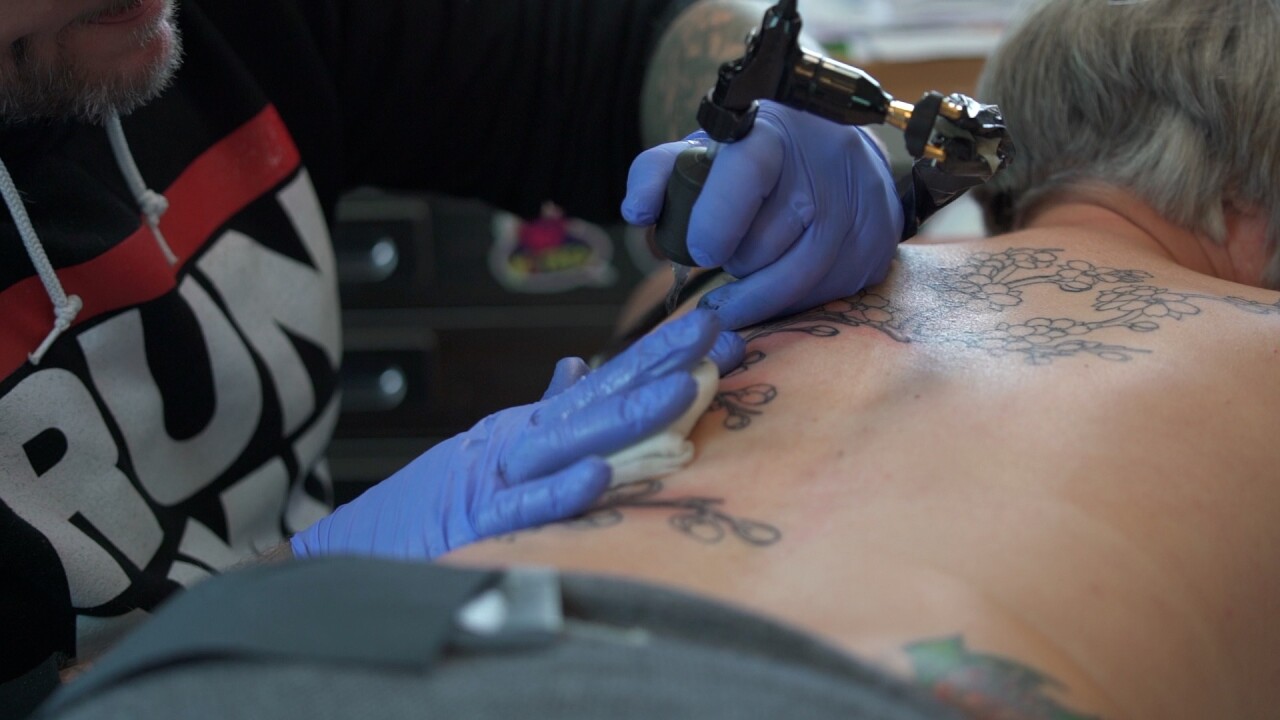 DENVER, Colo. – Welcome to the world of tattoos. Body art is one of the most popular forms of self-expression and the tattoo industry has evolved throughout the years.

The country has become more open to those with tattoos. The Pew Research Center reported nearly four in ten millennials ages 18 to 29 has a tattoo. Half of those have between two and five pieces.

The Pew Research Center also reported 40 percent of those between the ages 40 to 54 years old to have a tattoo as well.

With how popular tattoos are, there have been a lot of recent articles and news challenging if tattoos are safe, and both sides of the issue want those who are considering a tattoo to be educating before making the decision.

“I’ve been tattooing for 12 years,” said Matt Sager, the owner of Think Tank South in Littleton, Colorado. “Tattoos are more mainstreamed now, and you got a lot of really good shops now-a-days. At this shop, we take it pretty serious and have a pretty high-quality standard for how clean it is around here and the overall quality of tattoos that we are doing.”

When it comes to safety, Sager says it’s hard to find a tattoo shop that doesn’t put cleanliness in top priority.

“We get inspections by the tri-county health department,” Sager said.

“Before we start any tattoo, we log and document what batch they came from, what expiration dates they have, so we can track back everything to the company if there was an issue with the ink.”

Some of the risks he’s aware of and thinks customers should be aware of is allergic reactions when getting a tattoo.

“Everybody is different, everybody has a different type of allergy and reactions they can come across, and some people don’t have any,” Sager said. “Some of our clients who are more prone to being allergic to stuff that come in, we will do a simple skin test where we’ll take certain colors that we would use on their tattoo. We place it on their skin, wrap it with plastic, and see if it creates any redness or swelling.”

According to Haley Snadecki, a dermatologist, red ink is a common allergy when it comes to tattoos.

“Cinnabar, which is not so commonly used anymore, is a composed of mercuric sulfide and that can cause an allergy,” Snadecki said. “There’s both red and yellow tattoo compounds that can cause a photo-allergic-reactions. So, when you’re exposed to the sun you can get an allergy and the tattoo can raise off the skin.

Snadecki said clients should do some research about their own bodies and skins before making the decision to get a tattoo. She said if someone is prone to scarring, the tattoo could be problematic.

“Because a tattoo is an open wound on your skin, it could heal abnormally for those who are prone to scarring. It could form a keloid scar which is basically your body forming a bigger scar.”

“Because it’s taken by an immune cell, it can travel through the lymph system to your lymph nodes,” Snadeck said. “It can be problematic when it comes to a diagnosis. In the cases I’ve seen, it was confusing for the doctors who took a test of that lymph node and saw black pigment which could be melanin made by melanoma versus ink from a tattoo. That could confuse the picture for a doctor developing a diagnosis.”

As for Sager, he said the biggest risk he’s seen is people not taking care of their tattoos after it’s fresh.

“Yeah it’s an open wound,” Sager said. “Anything you come into contact with can affect the healing process. We advise people not to go swimming or go to the gym while it’s healing since those places can be dirty.”

According to Mayo Clinic, this is what you should do when taking care of your tattoo:

Take good care of your tattoo

How you care for your new tattoo depends on the type and extent of work done. Typically, however, you'll need to:

According to Mayo Clinic, this what you should know before getting your tattoo:

Tattoos breach the skin, which means that skin infections and other complications are possible, including:

Medication or other treatment might be needed if you experience an allergic reaction to the tattoo ink or you develop an infection or other skin problem near a tattoo.