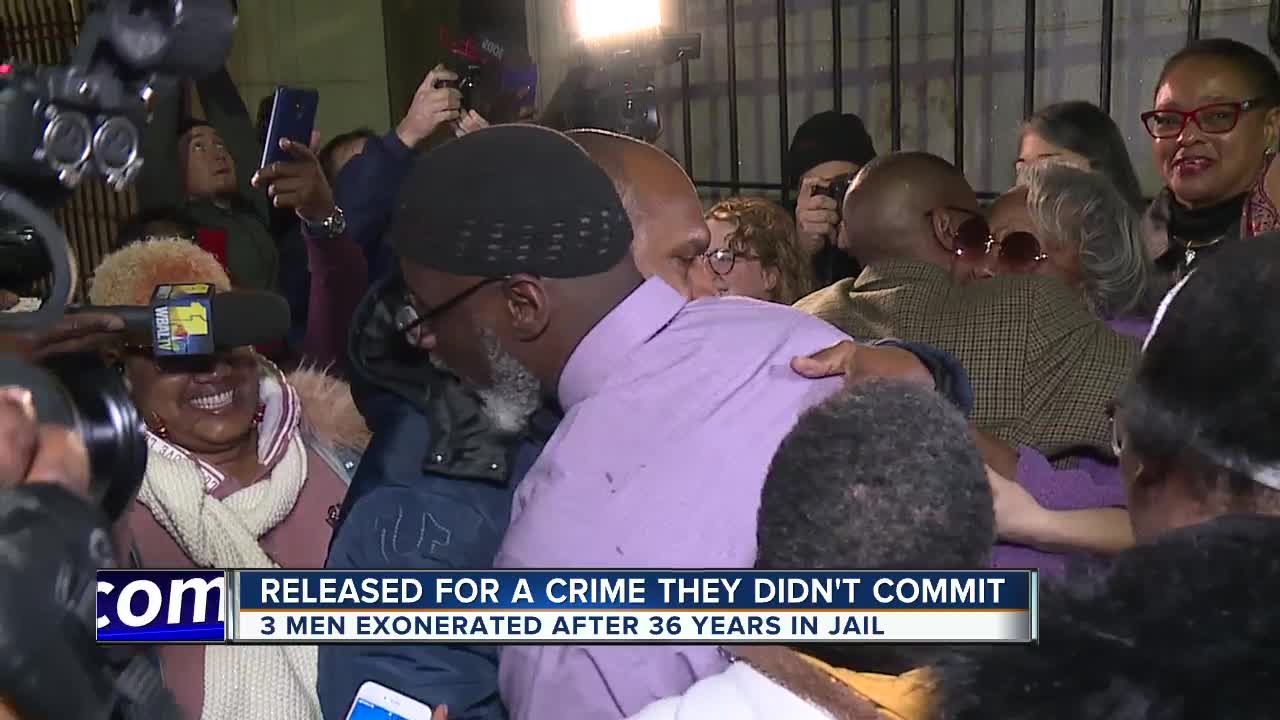 Three men have been exonerated, 36 years after being convicted of murdering a 14-year-old Baltimore teenager. 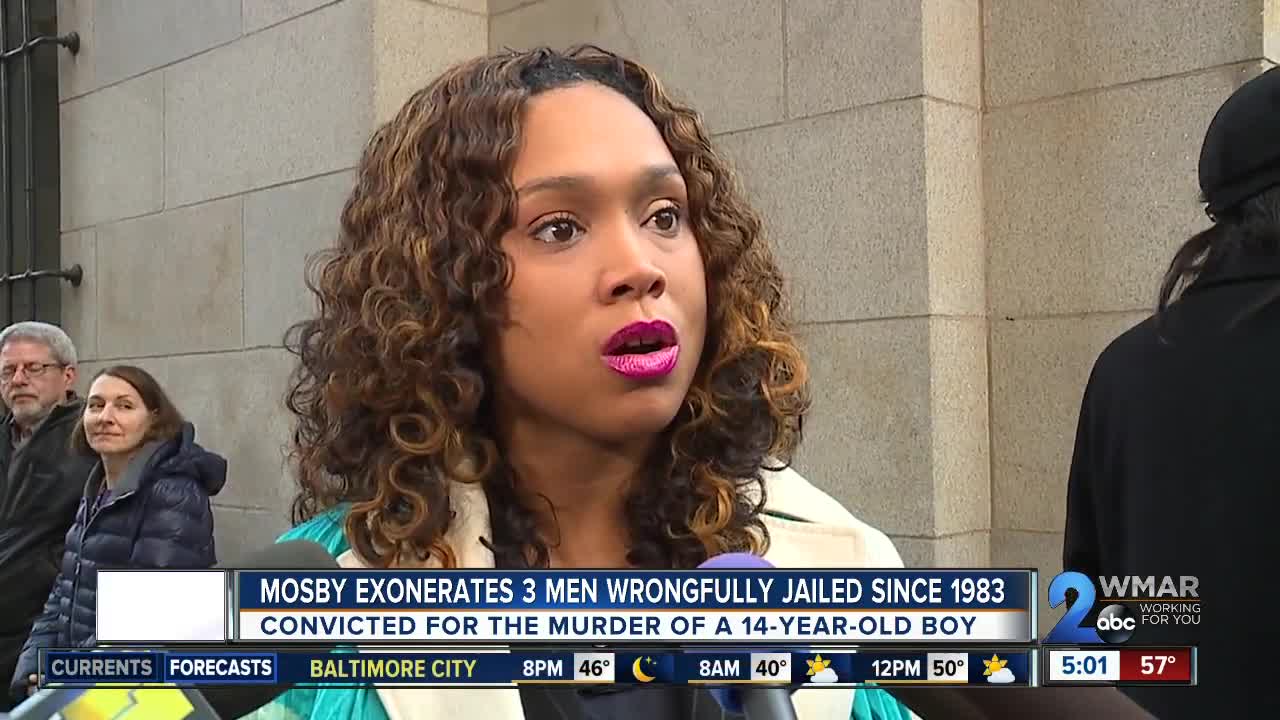 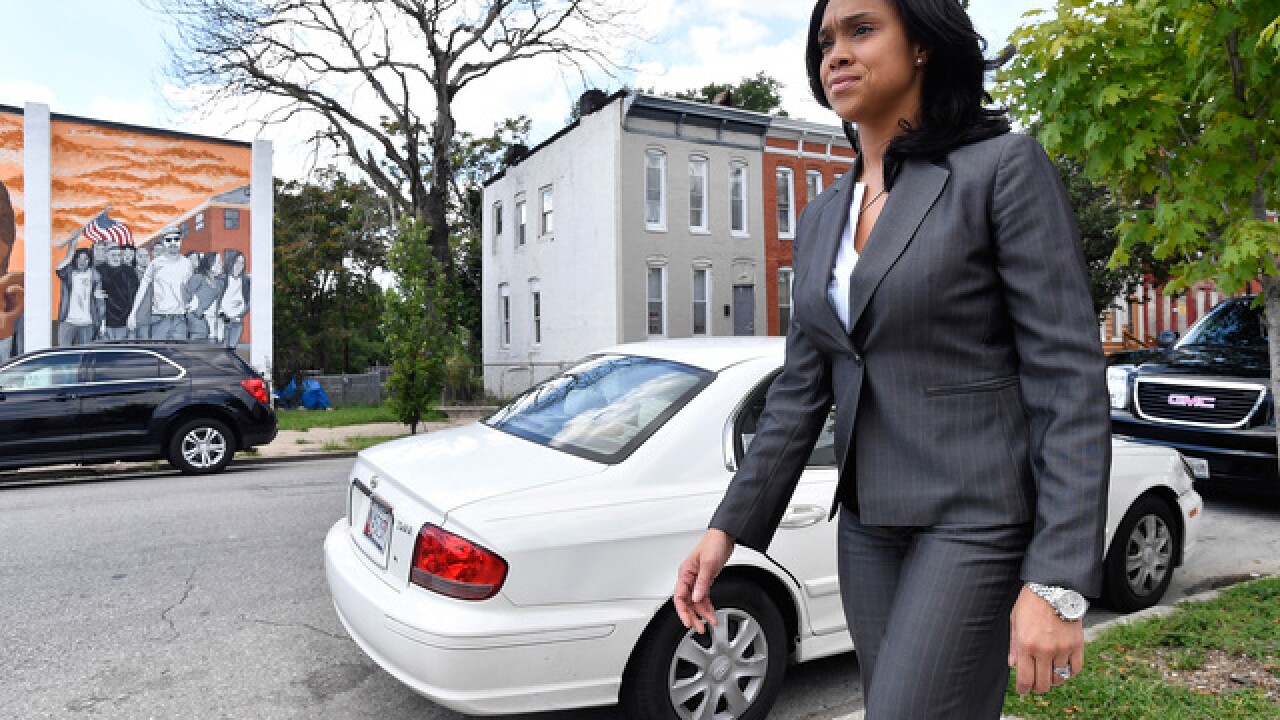 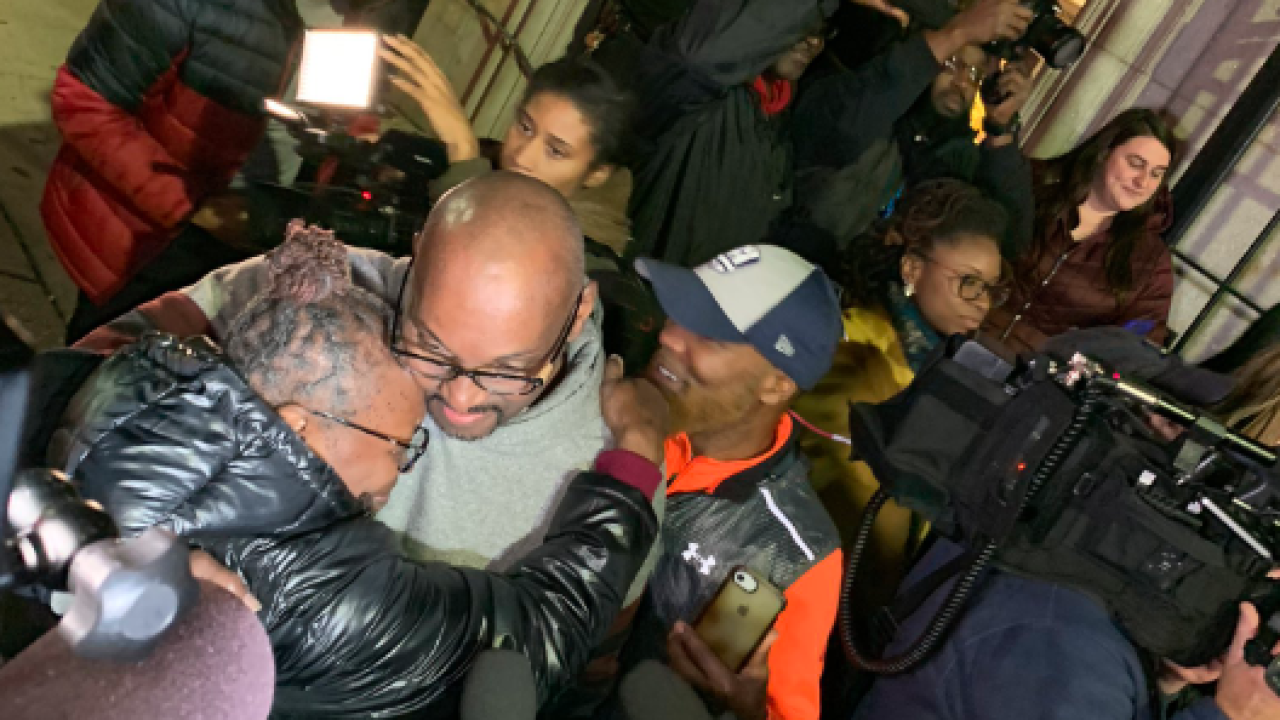 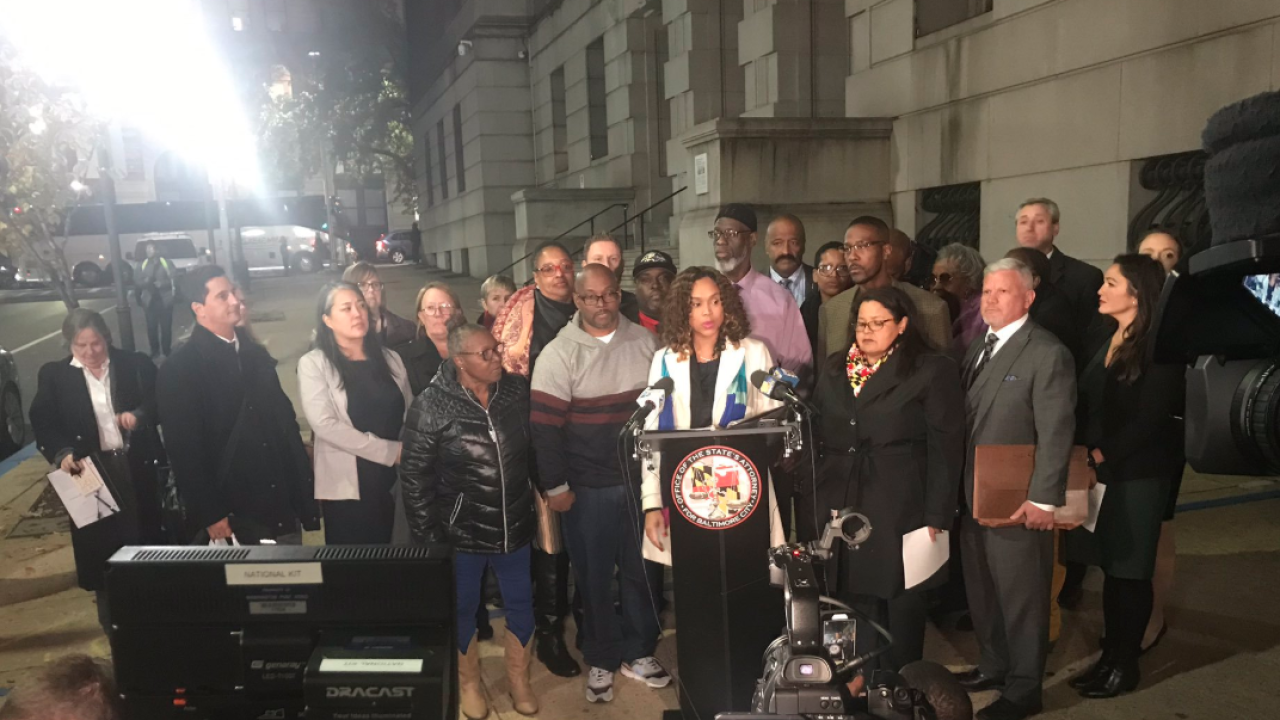 BALTIMORE — Three men have been exonerated, 36 years after being convicted of murdering a 14-year-old Baltimore teenager.

"This journey here for us has been rough," Ransom Watkins said. "We outside them, walls but on the inside — I hate to put it like this — we went through Hell. It wasn’t easy. You see us out here. we’re smiling, we’re happy that we’re free, but we got a lot to fix.”

They were each found guilty of shooting and killing DeWitt Duckett at Harlem Park Junior High School over a Georgetown jacket the victim was wearing.

“These three men were convicted as children because of police and prosecutorial misconduct. What the state, my office, did to them is wrong. There is no way we can ever repair the damage done to them. We can’t be scared of that and we must confront it,” Mosby said at a press conference alongside the three men. “I want to thank these men from the bottom of my heart for persevering for decades to prove their innocence. They deserve so much more than an apology. We owe them real compensation — and I plan to fight for it.”

The convictions were based on the testimony of four teenage witnesses who have since recanted, saying they were pressured by police to change their initial accounts.

After Duckett's murder, three of the four witnesses originally told police that one person had committed the crime, not the three boys.

A teacher said that Watkins, Chestnut and Stewart, who were no longer students at the school, had been in the building shortly before the crime.

Signs pointed toward Chestnut even more after he was seen wearing a Georgetown jacket like Duckett's. His mother, however, was able to provide a receipt for the jacket.

The initial three witnesses failed to identify the three boys from a photo array, and at least one of them identified someone else.

A few days later though, a school security guard told police that a 14-year-old girl could identify the three boys.

Police then brought the other three witnesses back to the station for questioning, at which point they said Watkins, Chestnut and Stewart committed the murder.

In May 1984, the jury deliberated for only three hours before convicting all three boys, who had claimed innocence from the beginning.

“I’m looking forward to living the rest of my life being as humble and peaceful as I am praising God and looking out for my family," Chestnut said. "Oh man, I’m telling you, it’s out of this world.”

During a Monday press conference, Mosby announced the creation of a new program to help those exonerated transition back to society.

“Today isn’t a victory. It’s a tragedy that these three men had 36 years of their life stolen from them,” Mosby said. “On behalf the State's Attorney office, let me say to these three men, I am sorry. The system failed you. You should never have seen the inside of a jail cell.”

Mosby also officially launched an effort for legislation that would compensate those who are wrongfully convicted.

The State's Attorney says she will also push for improved juvenile justice rights. Mosby says she wants juveniles who are being interviewed by police or prosecutors to have the right to have their parent and lawyer present.

Since 2015, the Conviction Integrity Unit has gotten a court to exonerate nine people wrongfully convicted.

This story was originally published on WMAR.