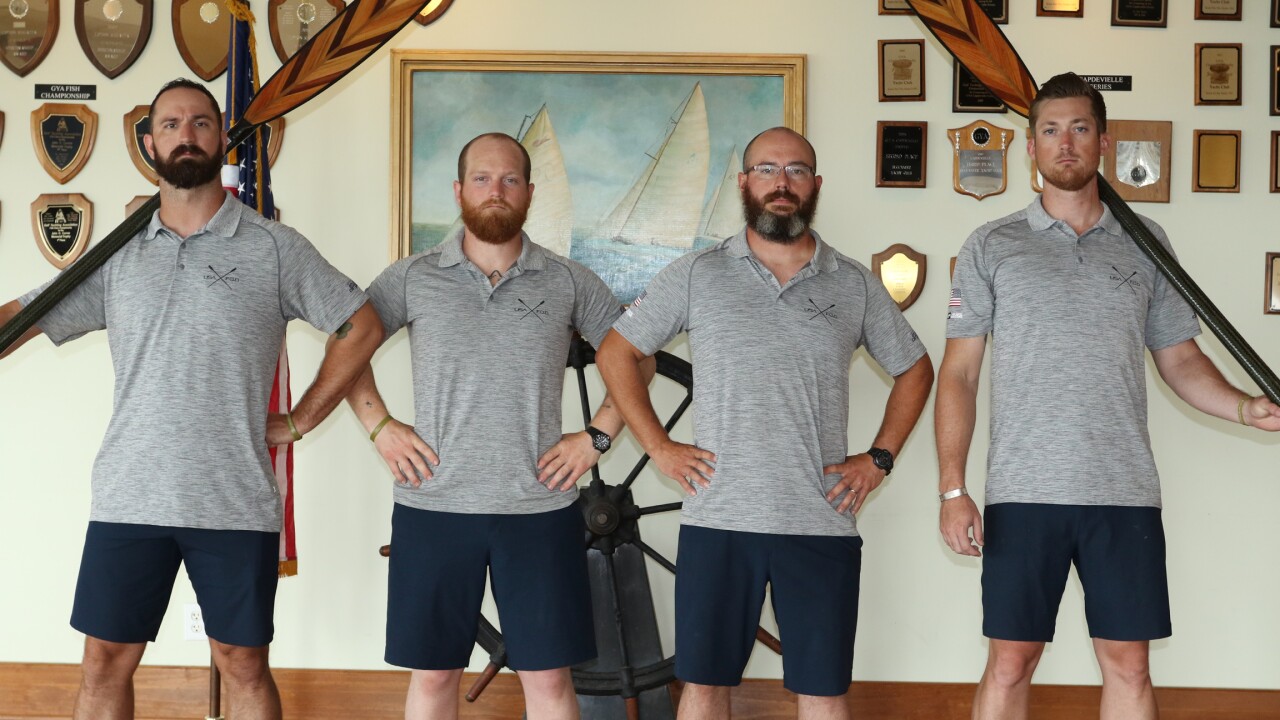 Evan Stratton, and his three other crew members, set sail Thursday to row across the Atlantic Ocean -- all 3,000 miles of it.

“We didn’t know each other seven months ago,” John Fannin, one of the crew members, said. All four of the men are U.S. Veterans.

“More people have been and climbed Mount Everest and been in space than they’ve ever rowed an ocean,” Stratton said about the trans-Atlantic ocean row. They work in shifts, three hours rowing and three hours sleeping non-stop or days.

“We’re shooting for 40 [days] but really just trying to get there in one piece,” Stratton said.

This is all part of the Talisker Whiskey Atlantic Challenge, an annual ocean rowing race that starts in the Canary Islands off of the Spanish coast and finishes in Antigua near Puerto Rico. The journey takes at least a month.

And this year, the four-man “Fight Oar Die” rowing crew is the only American team to attempt it. This is also the second time in its history an all-Veteran team has attempted it.

“They won’t say it because they’re too humble but I’ll brag on them,” Fannin said. “Luke and Evan will be the first U.S. veteran combat wounded to do it.”

It’s a physical feat, but one of mental endurance as well.

“We’ll be periodically checking in with the rowers throughout,” Shelly Smith-Acuña, Dean of the Graduate School of Professional Psychology at Denver University, said. Researchers at the school helped the rowers prepare mentally, and are studying them and their journey to better understand resilience.

“They’re doing this, again to spread a message about strength and resilience, recovery, and again about facing adversity,” Smith-Acuna said.

“I think it’s amazing for veterans to go out and showcase what their abilities are,” Amanda Steele, a Veteran Affairs Office Recreation Therapy Supervisor, said. “Overcome that external stigma but also that internal stigma that our veterans face, such as the belief that they’re not able to be successful.”

While the four veterans take off on this challenge as part of the rowing team for the nonprofit organization Fight Oar Die, they are also raising awareness for veteran mental health issues.

“One of the things in common in the mission is to raise awareness about mental health issues and mental wellness in the veteran community,” Smith-Acuna said.

If you’re interested in watching, you can download the “YB Races” app and watch their trek through the ocean for free.