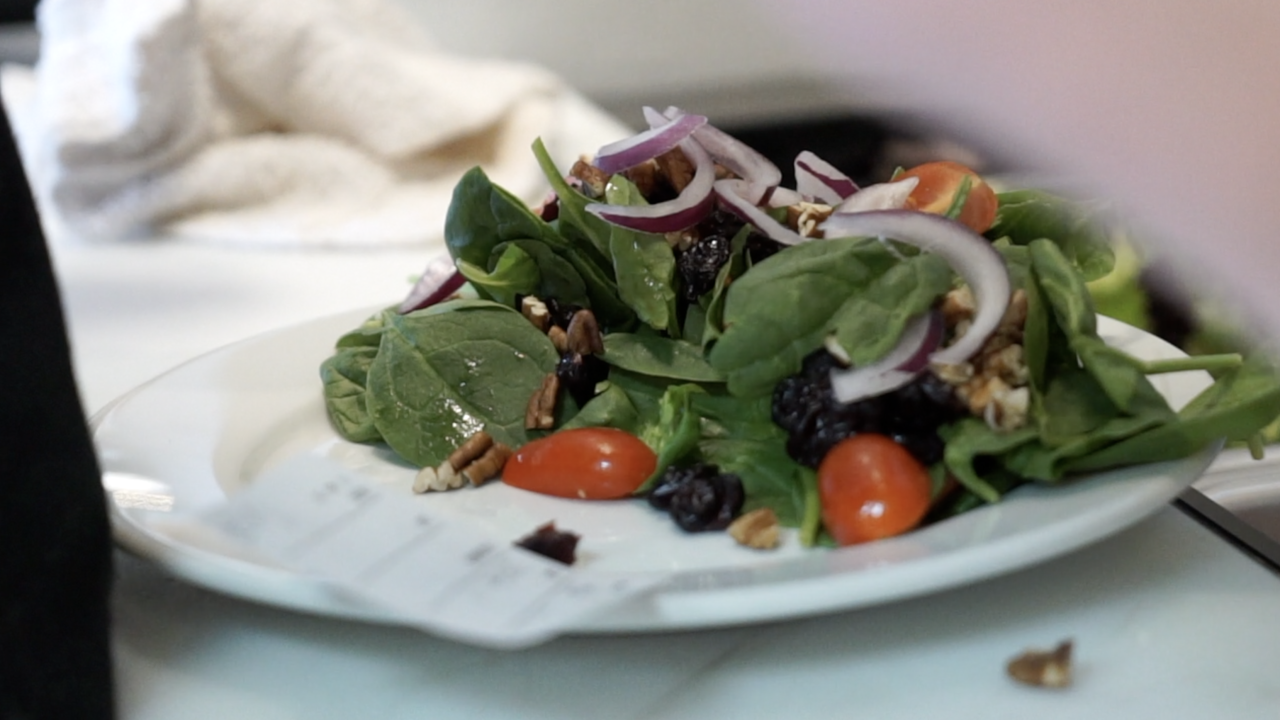 Walk in to Cafe 180 in Englewood, Colorado and you’ll see cookies on display, smiling staff, and a diverse menu. What you won’t see is a single price tag on any of it.

“Cafe 180 is a nonprofit donation based restaurant,” Boo Crosby, the manager at Cafe 180 said. “We believe all of our guests who come through our door should be able to be provided a meal regardless of their ability to pay.”

About 35 percent of the people who come in to the cafe on any given day are coming in to work for their meal, he said.

Some choose to volunteer their time preparing food, cleaning, or completing other tasks. Customers can also choose to donate what they can. It’s the “pay what you can” model.

“A lot of people who have never been here before need more of an explanation and that’s fine. We do our best to explain,” Kenzie Burns, a part-time employee at the cafe, said. “Sometimes not being told what to pay scares people so I think being open to the idea of it really helps people participate in our cafe and enjoy it here.”

This model opens up the door to those who may not have the money to pay for a healthy meal.

“We volunteer for like an hour and then we get food, it helps those who can’t really pay for their meal,” Jeffrey Valdez, one of the volunteers for the cafe, explained. He comes up to the cafe multiple times a week using public transportation. “I can come in, have a good day, start my day off, and then go from there.”

“It’s very important because for some of us homeless it sucks, sometimes it’s hard for us to get by on a day to day basis,” Cafe volunteer Amber Priest said. “It actually helps because I can actually have a full meal and actually work.” On the day we talked to her, she was assigned to clean the bathrooms in exchange for her meal.

“Pay what you can” cafes are scattered across the United States. One organization, One World Everybody Eats, has tracked more than 50 independent cafes. However, there’s no way to track the real number since they are all different and no one regulates them.

SAME Cafe was one of the first cafes to use this business model.

“We never put an actual value on anything because we want people to come in and participate how they can,” she said. “We are the longest operating pay what you can model in the United States.”

So how do these restaurants make money?

“We try to get 65 percent of our revenue from paying customers. The other 35 percent is gonna come from grants. Both private and public grants,” Crosby said.

Each cafe works a little bit differently, but they all have the same goal — healthy food accessibility. Recently, SAME Cafe has launched a food truck that mirrors their business model, but the truck can travel to different areas.

About 11 percent of households in the United States were food insecure at one point in 2018, according to the USDA.

“When you look at how the cost of living is increasing so rapidly across the country but the pay scale isn’t really keeping up with that, one of the first things to go when you’re experiencing hardship is purchasing food,” Steele said.

“It helps the people that can’t really pay for their meals, pay,” Valdez said.