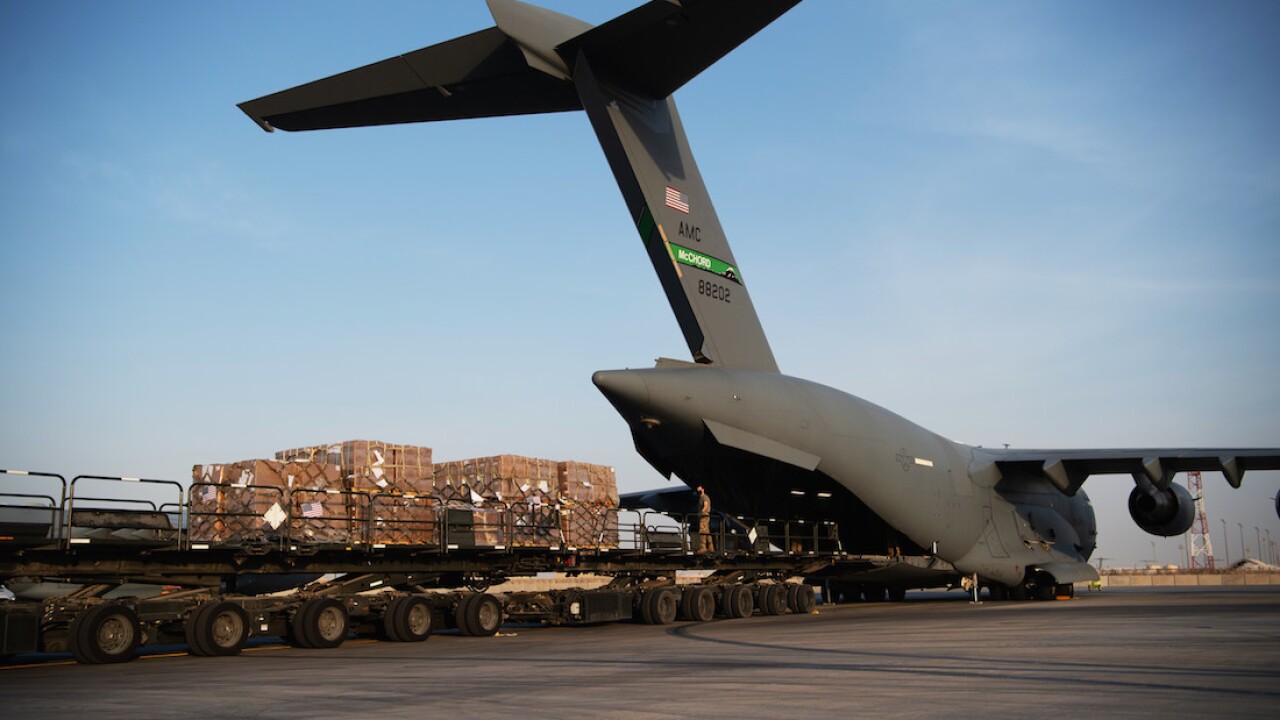 <i>Staff Sgt. Justin Parsons/USAF</i>
U.S. Central Command is coordinating with the Lebanese Armed Forces and U.S. Embassy-Beirut to transport critical supplies as quickly as possible to support the needs of the Lebanese people.

The United States says they are delivering critical supplies to Lebanon after the deadly port explosion on Tuesday.

The United States Air Force said in a press release that planes at the Al Udeid Air Base in Qatar were getting supplies out to help the Lebanon people after more than 100 people were killed in a deadly blast in Beirut.

“Support of this magnitude at such speed wouldn’t be possible without the joint effort of all members of Al Udeid Air Base, our U.S. Army counterparts at Camp As Sayliyah and our gracious Qatari partners,” said Brig. Gen. Daniel Tulley, 379th Air Expeditionary Wing commander in the statement. “In the wake of tragedy, it truly takes a combined effort to make the mission happen. We do this every day in Qatar, and that’s exactly what we are doing in support of the Lebanese Armed Forces.”

Officials said 11 pallets, which contained more than 28,800 military field rations, 11,520 bottles of water, and two pallets of medical supplies were being delivered.

According to the Associated Press, the blast killed at least 135 people and injured more than 5,000.