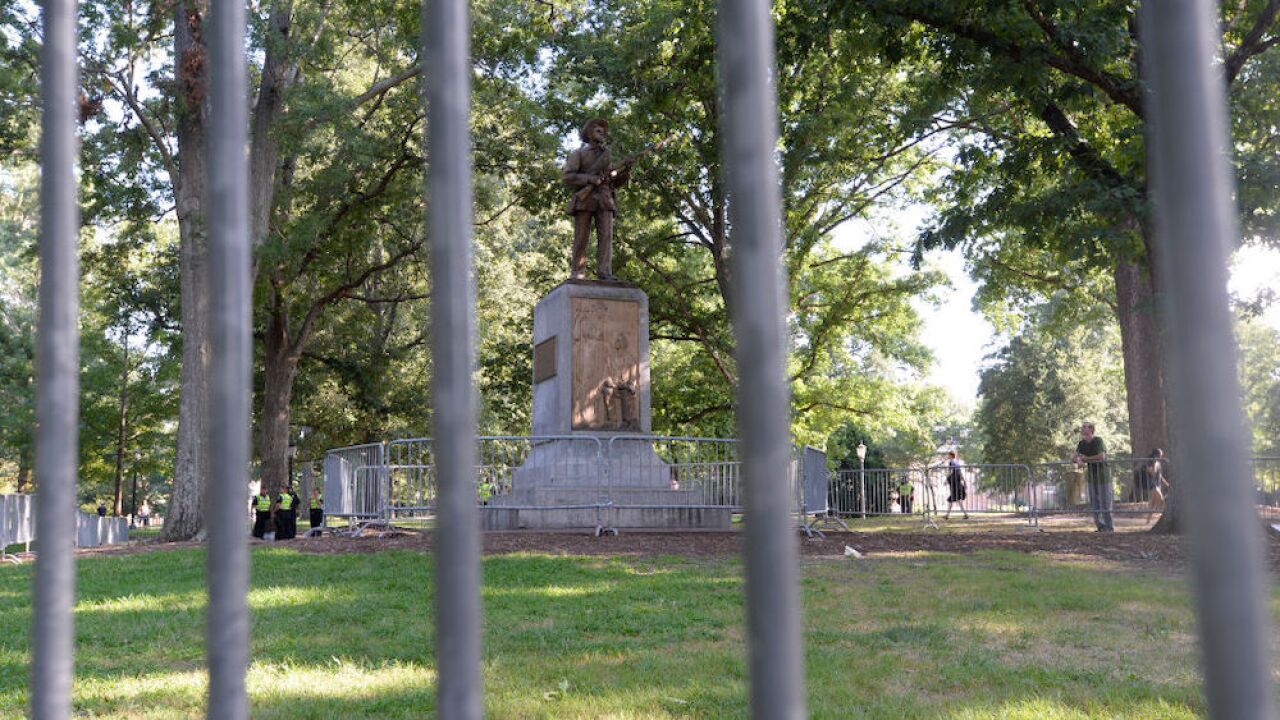 The University of North Carolina at Chapel Hill agreed to gift a controversial monument to Confederate soldiers — as well as $2.5 million "transport and preserve the monument" — to a neo-Confederate group in a settlement last week.

"Silent Sam" was a monument dedicated to students of the school who fought for the Confederacy during the Civil War. It was dedicated in 1913 and stood for over 100 years before it was toppled by protesters in August 2018.

Since it was torn down, the monument has been held in storage by the university. In December, administrators proposed constructing a $5 million building to house the monument, since state law prohibited moving the monument to a museum. The university's board of governors ultimately rejected that plan.

On Nov. 27 — the day before Thanksgiving — the Sons of Confederate Veterans filed a lawsuit against the college over the placement of the statue. Later that day, the university announced it had reached a settlement with the group, gifting them the statue and up to $2.5 million from the school's private endowment in order to transport and house the monument.

The settlement also says that the group cannot erect Silent Sam in the 14 counties in which the university operates a system campus.

The News & Observer reports that the parties agreed to a settlement 10 minutes after the lawsuit had been filed.

The Sons of Confederate Veterans is a group dedicated to maintaining and erecting Confederate monuments throughout the south.

According to the Daily Tar Heel, the school's interim chancellor, Kevin Guskiewicz, sent an email to students and faculty praising system President Bill Roper for the deal, saying it means that the statue won't return to campus.

But the Daily Tar Heel quoted a number of faculty members and student activists who were upset with the settlement. William Sturkey is a UNC professor and historian, called the settlement "insane," and graduate student and activist James Sadler called it a "disgrace."