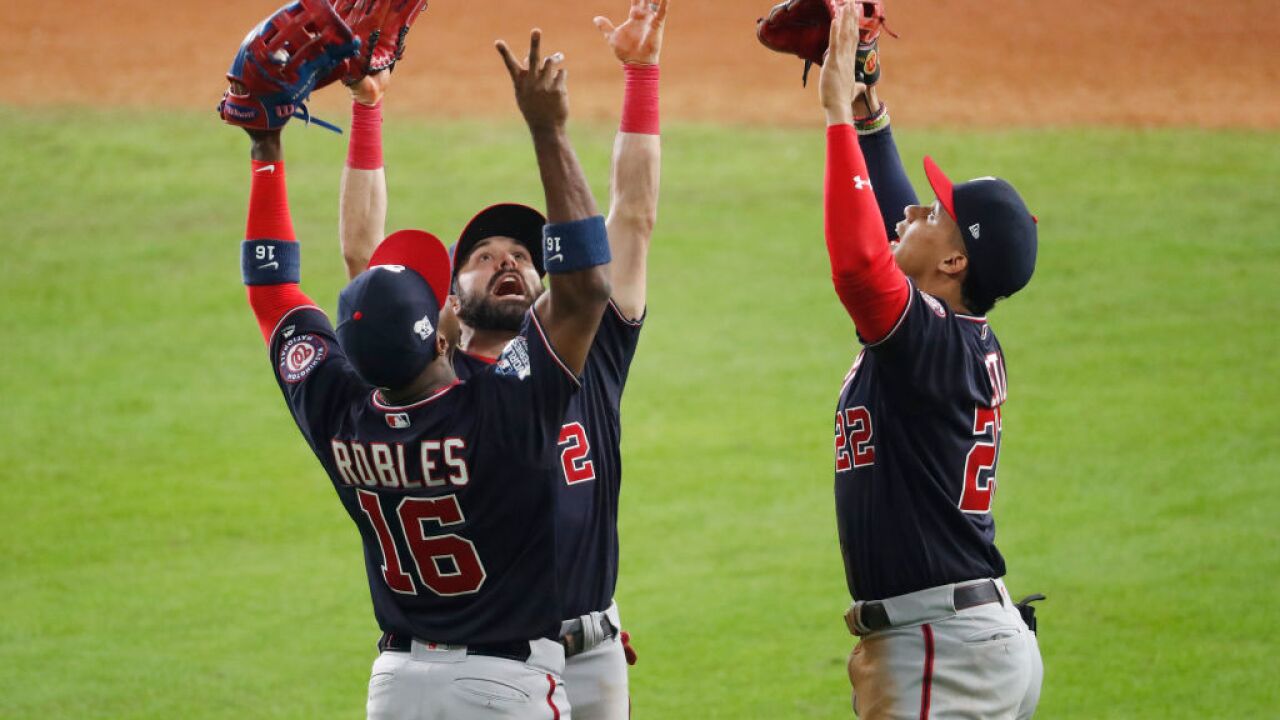 Following their first World Series win in franchise history, the Washington Nationals will visit the White House and President Donald Trump on Monday.

While most team members are expected to be in attendance, some were "wrestling with the decision," according to the Washington Post. Relief pitcher Sean Doolittle is the only National who has confirmed that he will not be attending.

While White House visits for championship sports teams became commonplace in the past few decades, the ceremonies have become political lightning rods in recent years — especially since Trump took office.

Following the Philadelphia Eagles' 2018 Super Bowl win, Trump canceled the visit hours before its scheduled start time and instead held a ceremony in the Rose Garden in which the national anthem was played.

No NBA team that has won the NBA Finals since Trump took office has been invited to the White House.

Trump has taken to serving fast food to some sports champions, particularly NCAA football and basketball champions. The spreads often are a hit among college athletes.