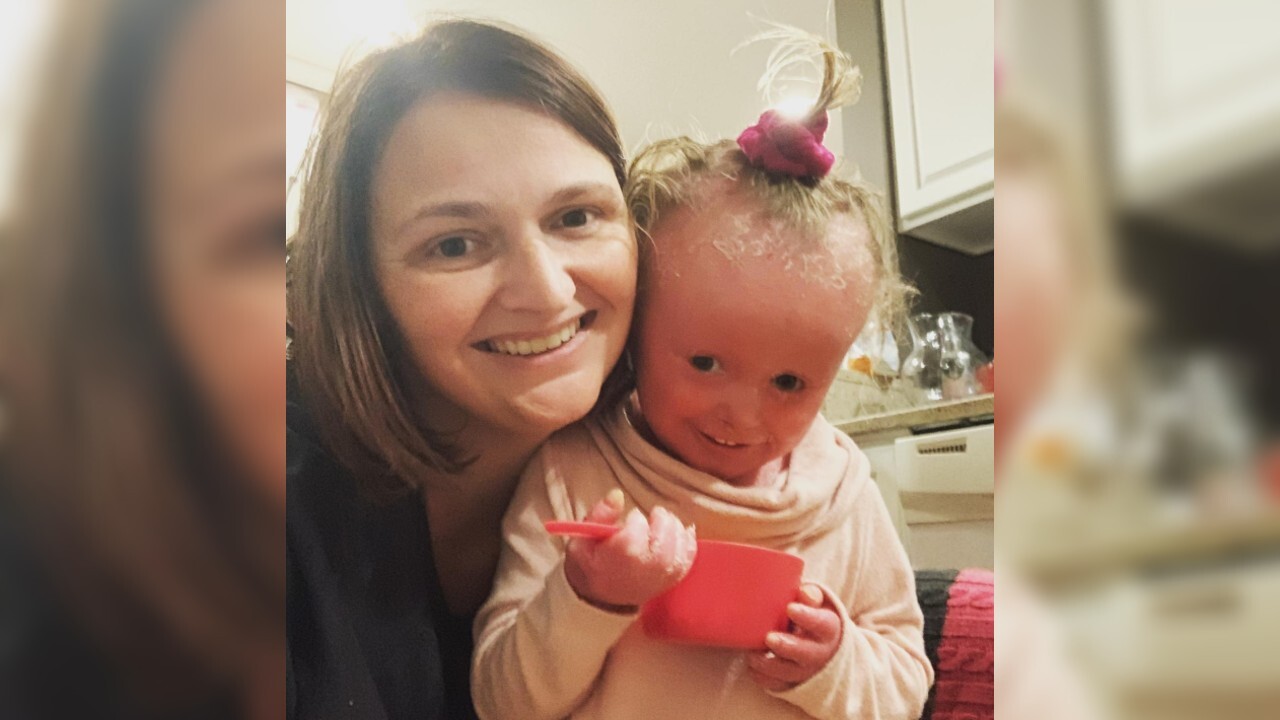 MELVILLE, N.Y. – A woman is facing charges after allegedly harassing a toddler who suffers from a severe genetic disorder.

Sewell’s arrest is the result of an ongoing investigation by state police and the Ulster County Sheriff’s Office into the woman’s alleged harassment of 2-year-old Anna, a child who suffers from Harlequin Ichthyosis, a genetic disorder that affects the skin.

Children with this condition are born with very hard, thick skin covering most of their bodies. The skin forms large, diamond-shaped plates that are separated by deep cracks (fissures), according to the U.S. National Library of Medicine .

Anna’s mother, Jennie Riley, told WNBC that she’s been sharing information about her daughter’s condition on social media in hope of educating the public about the genetic disorder.

"Although I knew there was a possibility for negativity, I never expected to receive the messages that were sent to me," Riley told WNBC.

Between December 2018 and November 2019, Sewell is accused of posting numerous threatening messages to Facebook, Instagram and GoFundMe pages that had been set up by Anna’s family. Additionally, police say Sewell sent threatening letters to the victim’s home.

Sewell was arraigned in the Town of Lloyd Court and was remanded to the Ulster County Jail. She’s scheduled to appear back in court on Tuesday.

Police are encouraging anyone who feels that they could have been a victim of a similar incident involving Sewell to contact the New York State Police at Kingston and speak with Investigator Joseph Temple at (845) 802-9296.