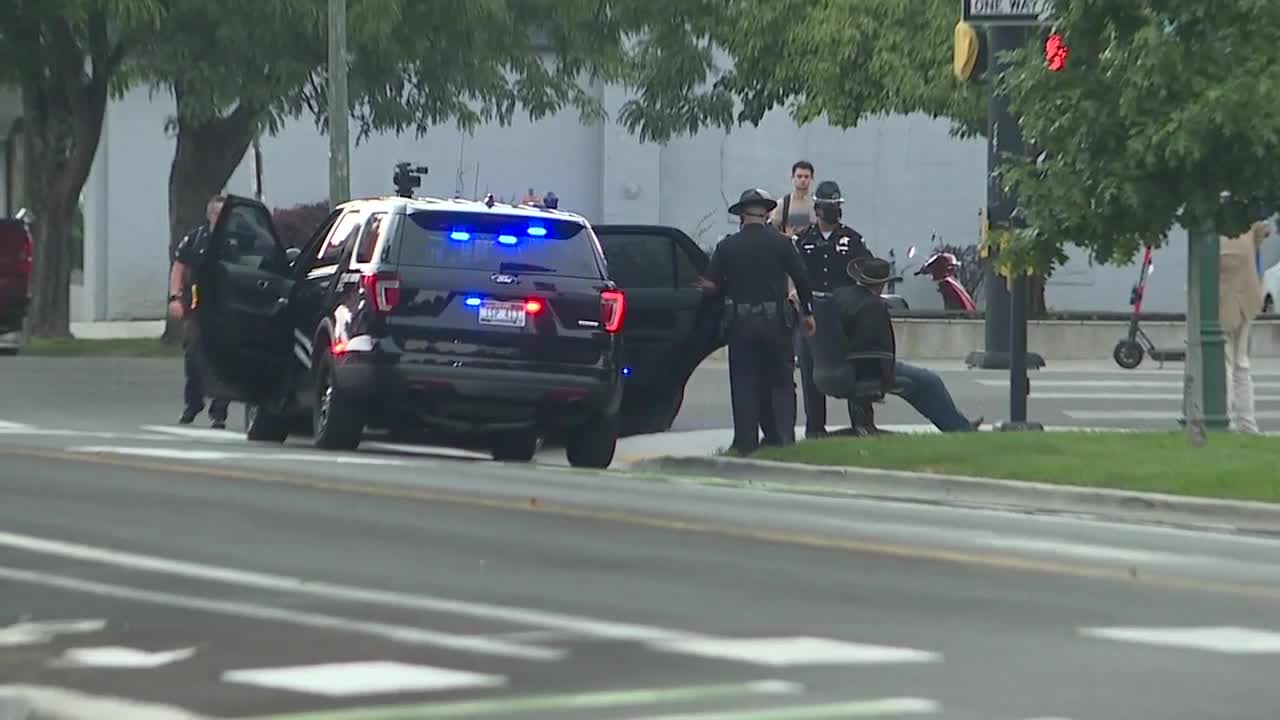 Ammon Bundy is among three protesters arrested at the Idaho Statehouse Tuesday afternoon charged with trespassing. 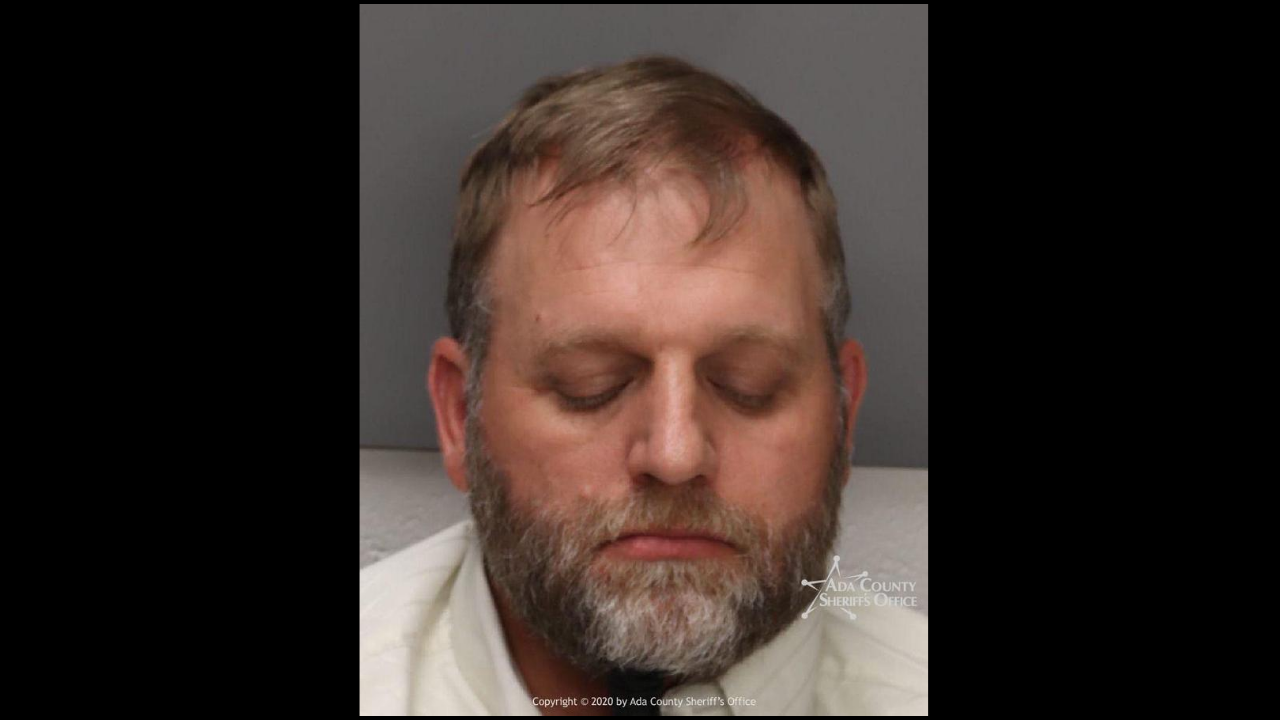 UPDATE (8/26): According to a tweet by the Ada County Sheriff's Office, Bundy is no longer in custody after posting bond. A court date has not been determined as of Wednesday morning.

Ammon Bundy is no longer in custody at the Ada County Jail. He was released after posting bond Tuesday night. He will not appear in court today. That date will be scheduled sometime in the next two weeks.

UPDATE: Ammon Bundy was among four people arrested by Idaho State Police throughout the day.

State police said Bundy was arrested for trespassing along with 42-year-old Aaron Von Schmidt from Coeur d'Alene and Jill Watts, 38 from Nampa. Both Von Schmidt and Watts were charged with trespassing, according to ISP.

Original: Ammon Bundy was taken into custody by Idaho State Police after he refused to stand from his chair in the Lincoln Auditorium.

Bundy was handcuffed and wheeled out in the chair of the capitol by ISP troopers, according to a news release from Idaho State Police. He was arrested for trespassing and charged with resisting and obstructing officers, police said.

Police said Bundy is one of three people arrested Tuesday for trespassing after they refused to leave the Statehouse. The identity of the other two arrested is currently unknown.

Troopers were clearing the hearing room on the order from Speaker of the House of Representatives Scott Bedke, police said. At that time, there were about 18 people in the auditorium and all but three voluntarily left the room.

All three were were arrested by Idaho State troopers and are being booked into Ada County Jail on charges of misdemeanor trespassing, according to ISP.

Bundy being taken into custody comes on the second day of the special session, where one person was cited earlier in the day for trespassing.

Idaho State Police says one person has been cited for trespassing and was removed from the Idaho Statehouse Tuesday afternoon. The citation was given after Rep. Greg Chaney, Chairman of the House Judiciary, Rules and Administration Committee requested only credentialed press sit in the designated press area, according to a news release from ISP.

The 33-year-old Boise man, who was not named in the release, was requested by ISP troopers to leave the area. When he refused, troopers removed him from the hearing room.

The man was cited and removed from the Statehouse premises, said the ISP communications director in the release. The release also stated that "Idaho State Police are working to carefully balance people’s right to participate in the legislative process while ensuring that process stays peaceful and safe."

“This is the people’s house and it belongs to all Idahoans, including our constituents and future generations, who have put their trust in us to be here in this Special Session and conduct the people’s business," Speaker of the House Scott Bedke said in a statement. "The events that have taken place over the past couple of days are unacceptable. It is important to protect the rights of all to participate in the process, not simply those who are the most aggressive and have the loudest voices. Unfortunately, a small group of individuals have disrupted what should be a deliberate and fair process. The end result has been chaotic and unproductive. All steps taken by the House of Representatives were done in an attempt to return to a normal process and create an efficient and effective Special Session, rather than wasting taxpayers time and dollars. It is our hope that moving forward we can do the work we came from all over Idaho to do without further distractions.”